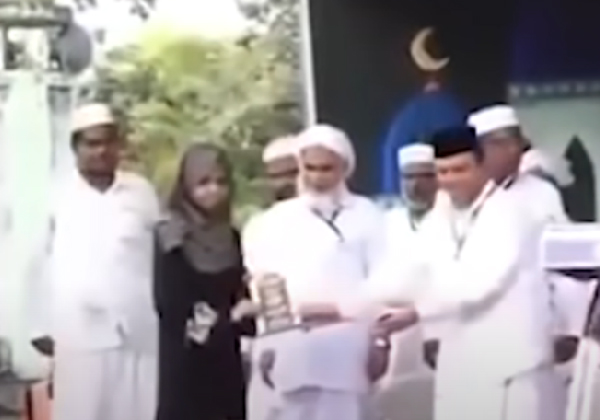 Malappuram (VSK). In a shocking incident, a clergy, who is also a senior leader of Samastha Kerala Jem-iyyathul Ulama MT Abdulla Musaliyar, asked a girl not to enter the stage. The leader also shouted at the organisers for inviting girls onto stages. The incident happened during the inaugural function of a Madrasa in Kerala’s Malappuram.

As a part of the opening ceremony of a madrasa building, students were felicitated by the SKJU members. Awards were presented to boys, however, when a 10th standard student entered the stage, the leader objected. Soon after she receives the award, the leader reprimands the members for inviting “a girl on stage”.

“Who invited a tenth standard student here on stage? If you do this again, I will show you. Do not call such girls over here. You don’t know Samastha’s rules? Invite the guardian here. Were you the one who called (her)? Don’t do unnecessary things making us sit here. Won’t this come in photos?” – we can hear the leader shouting.

The video has gone viral, however, no one among the so-called progressive parties or women’s organisations have come to slam the incident. However, former national vice president of the Muslim Students Federation, Fathima Thahiliya have come forward saying that removing girls from stages and insulting them will have far-reaching consequences in society. 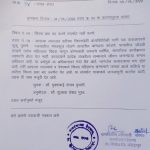