After BJP’s ascendency to power, the question “what will RSS do next?” is in the air. The mindset behind such a question is not difficult to trace. In political discourse, RSS unfortunately continues to be viewed less through facts and the truth and often through the prism of preconceived imagery, notion and outright wishful thought process. The preconceived image of the Sangh is that it engages in backseat driving as far as politics is concerned, engendering a ‘remote control’ theory.

Presumptions apart, RSS’ relation to politics is ever dynamic and changing, not static. Had that been the case, RSS wouldn’t have become an independent powerful force. Founded in 1925, when many organisations rose and fell, RSS continued to thrive and expand. Unfortunately, its critics view it solely through the lens of power politics, ignoring its progressive work among People of Vanchit communites, Vanvasi bandhu, workers and students. Intervention in politics does not alter its fundamental character. India’s political history has seen individuals who hitherto having quit the political arena were forced to make intervention for a greater purpose, Jayaprakash Narayan and Vinoba Bhave being prime examples. Similarly, in the pre-Independence era, the lines between Arya Samaj and Punjab Congress had become blurred—Lala Lajpat Rai personifying this near-amalgam.

There are instances which unravel both the nature and purpose of RSS intervention in politics. The Hindu Mahasabha and RSS had many commonalities, but the latter never surrendered the nuance of its autonomy. It prevailed upon its supporter Babasaheb Ghatate to withdraw from the electoral fray in 1945, as weakening Congress at that juncture in our history was not in national interest. This irked Mahasabha leader Dr B S Moonje who wrote in his diary, “I don’t know why RSS plays such farce.” The same Moonje was obliged to the Sangh for its support in the 1934 election and protecting Madan Mohan Malviya who went to Nagpur for his campaign. No astrologer can predict whether those who are well disposed towards RSS will necessarily feel the same next day. Socialists embraced RSS in 1977 but became its arch enemy in 1979 as the Sangh refused to become Trojan horse of fulfilling their ambitions.

Sardar Patel, who found a lot of merits in RSS activities during the partition days, was displeased when his suggestion to merge the Sangh with Congress for “nation building” had little effect on its leader, Golwalkar. Politics has never been its bellwether. There was a revealing debate on RSS in the Central Assembly on February 11, 1947. Home Minister Sardar Patel informed the house that no state government suggested a ban on RSS nor any of them accused of being a potential threat to communal harmony.

RSS has had to expend much energy in fighting a state-sponsored campaign of calumny against it from 1948, and has yet stood firm, something its detractors cannot countenance. There are many instances of its commitment to social change and national renewal. In 1950, Nehru’s food secretary wrote to him that food campaign in the country needed RSS involvement. Despite his anti-Sangh paranoia, Nehru solicited Golwalkar’s support for the campaign. The unjustified ban and repression by Nehru’s regime after Mahatma Gandhi’s assassination could not deter it from playing a constructive role. And to it alone goes the credit for the success of the 1977-79 adult education programme.

Economic inequity, population and environment too agitate RSS no less, while providing it newer opportunities to enunciate positive alternate initiatives and policies. A purely political existence would have stalled its journey, which is not the case. The formation or exit of governments is important in its civilisational mission, though not the final issue. The present atmosphere is an indicative of shift of the Sangh’s emphasis from the forces of resistance to those of transformation. 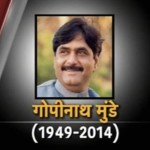 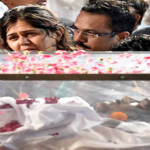