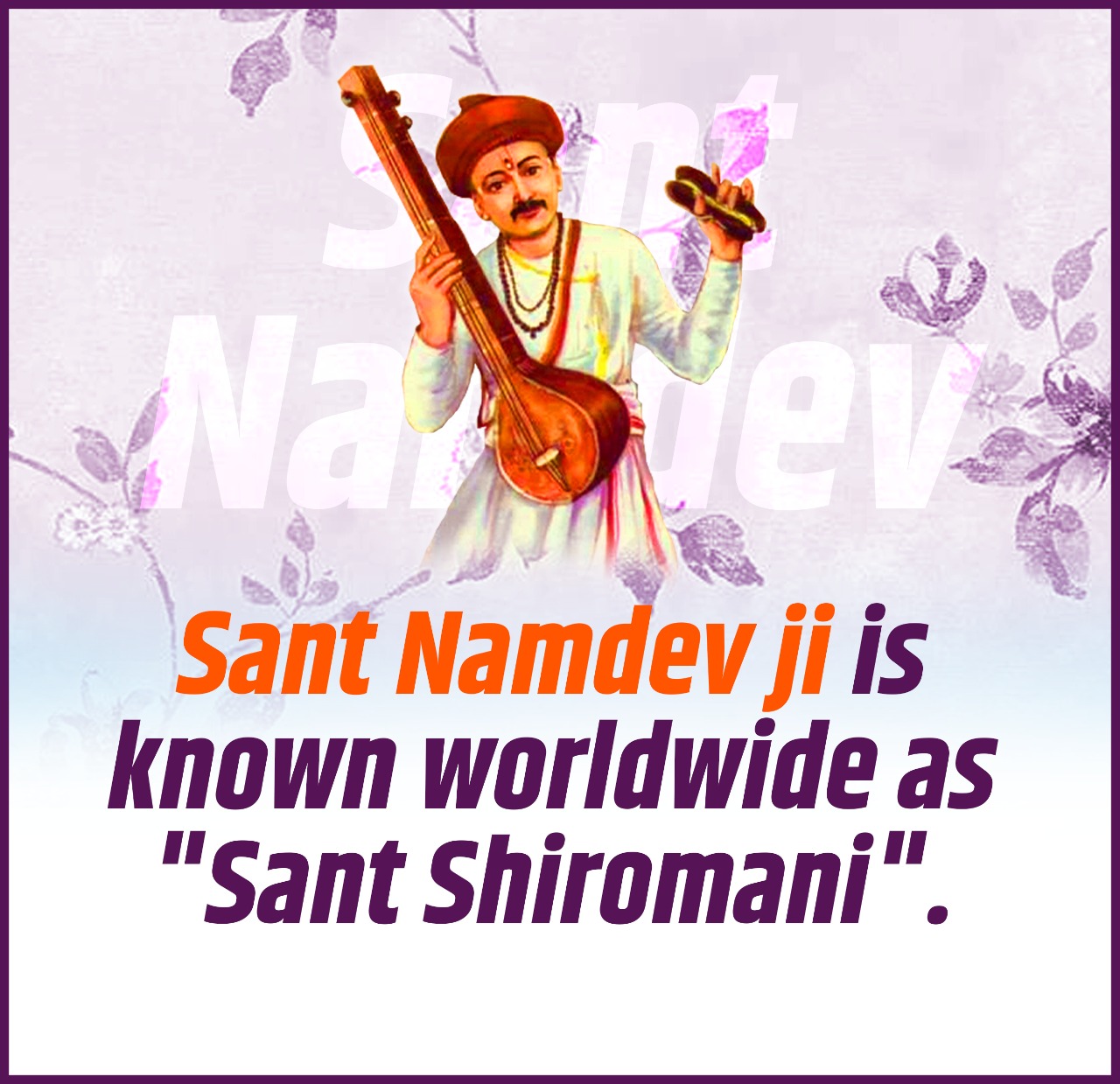 Sant Namdev represents the factions of Sant’s who believe in putting humanistic values over every other thing. His spiritual teachings are devoid of discrimination, untouchability, and hatred. Along with discrimination-free thinking, his thoughts are filled with utmost love toward humanity.

Sant Namdev was born on 26 October in Narasi Bamani village of Maharashtra in 1192. His father’s name was Daamasheth, while his mother was Gonai. Few people say that he was born in Pandharpur because his father had already migrated to Pandharpur before his birth. His father was an ardent believer in God and a great devotee of lord Vitthal. Though he was from Maharashtra, his thoughts reached far and wide. He did not believe in any oppressive traditional practices.

Sant Namdev can be regarded as Maharashtra’s crown prince of the bhakti tradition. His thoughts influenced large masses of north India. Guru Granth Sahib, the holy book for Sikhism, has 61 verses written by Sant Namdev. Such was the aura of his thoughts.

His meeting with Sant Dnyaneshwar was the turning point of his life. He travelled across the country with other sants. Visoba Khechar was his spiritual teacher. His religious sermons have a lot of references to holy texts, which shows how well-read he was.

Sant Namdev devoted 50 years of his life to spreading the Bhagwat Dharma after Sanjivan Samadhi of Sant Dnyaneshwar. He kept Maharashtra united under adverse conditions. His inclusive ideas were also liked by Sikhs living far from Maharashtra. Followers of Sikhism call him by the name Bhagat Namdev. The ‘Shabd Kirtan’ from Punjab and Warkari kirtan from Maharashtra have many similarities.

Sant Namdev’s preaching and devotional song not only depict the plight of the poor and oppressed but also appeal to society to treat those people with dignity and respect.

While advising the importance of every person’s work, he says –

Holy basil (Tulsi) doesn’t become unholy just because it has grown on dirty land. Peepul, born out of the cow bird’s excreta, doesn’t become unholy. Just like if the son of a Slavey becomes a King, we shouldn’t defame him just because of past is not good. Sant Namdev says just like that, I also belong to the lower caste of Taylor. To summarise his teachings, he says that a person shouldn’t be judged based on caste but his work and capabilities. The above lines depict the importance of one’s abilities which are way more important than his caste.

There is one fascinating thing about Sant Namdev is that he used to get adapted to the language spoken by the people of that region. The devotion of Sant Namdev was not only for himself. Through poetry, he has inspired the work of public education to break meaningless stereotypes. He told the people not to believe in caste and creed. The thoughts of Sant Namdev had a broad impact, and the sants like Kabir, Nanak, Raidas, Garibdas, etc., carried forward their tradition and did the work of public education intending to eliminate the high and low distinctions and eradicate caste discrimination.