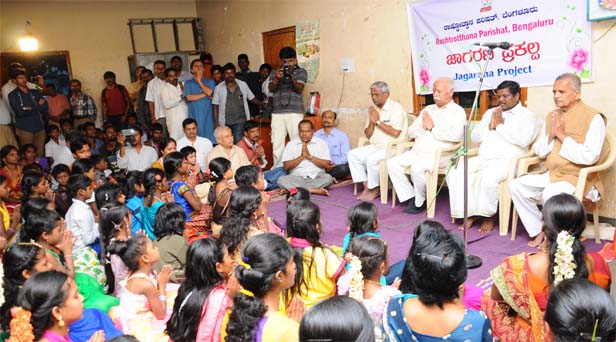 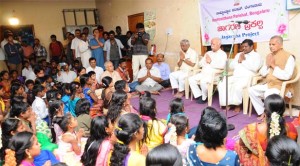 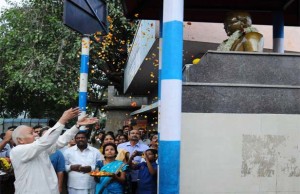 Addressing the children, Sarasanghachalak  said. “Gaayatri mantra is dedicated to Sun. In the absence of Sun, a small and ordinary lamp (Hanate) is capable providing a minimum light to its surrounding till it has the oil. Similarly in our nation, the ordinary people are much capable, not the Netas always, We are all ordinary citizens, should put  our maximum energy like a lamp to contribute for the society-country, then we can achieve greatness”. 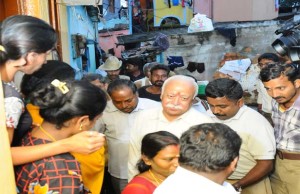 The Rashtrotthana Parishat is serving in 210 ‘Seva Bastis’ (slums) all across Bengaluru. The Wilson Gardan’s Hombegowdanagar ‘Seva Basti’ to which RSS Sarasanghachalak Shri Mohan Ji Bhagwat visited,   is one of them. 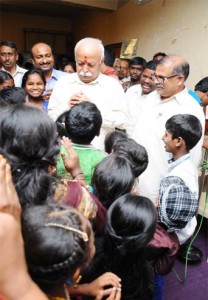 Impetus is given to the education of under-privileged kids, their cultured upbringing and to the health and self-reliance of women in the locality.

Hundreds of literate girls who arrive at such ‘Seva Bastis’ have been trained and are working as teachers and healthcare workers today.

Volunteers come across orphaned, underprivileged, rag picking kids, children involved in manual labour and those who have run away from their homes while working at ‘Seva Bastis’. 287 such kids have been rehabilitated at 7 centres of Nele and at special hostels similar to Nandagokula.

Training in computers and other skill sets are being provided to the adolescent kids at these ‘Seva Bastis’. Several corporates have joined hands in providing skill-based training to the residents here.

Institutions like Lions, Rotary have co-operated and rendered their services in the endeavour of providing quality healthcare and bringing about self-reliance among women in the ‘Seva Bastis’. 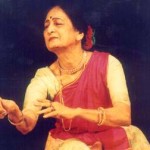