Sangh teaches to do sacrifice for the country – Dr. Mohan Bhagwat Ji 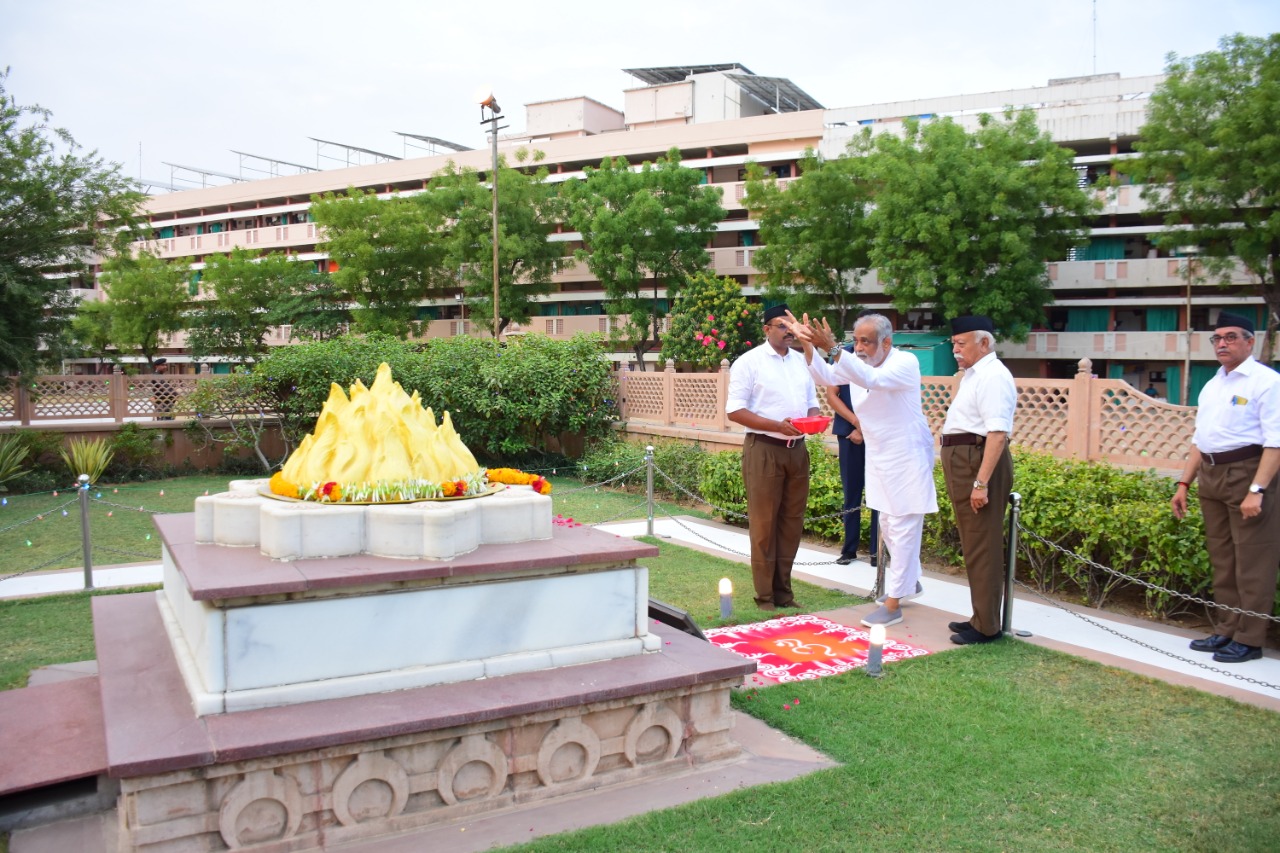 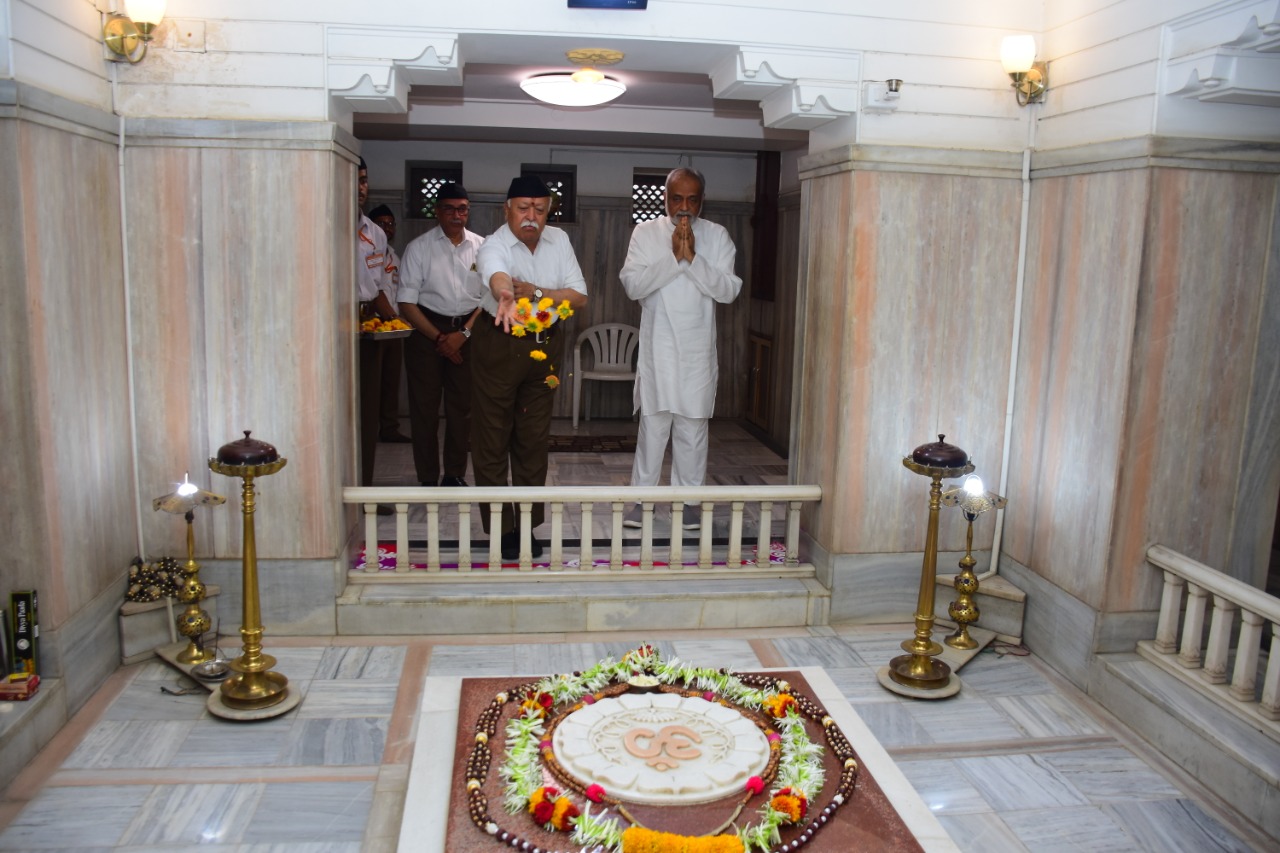 Nagpur. “Satya, Karuna, Shuçhita, Tapas are the four wheels of our Dharma. This became the basis of our national life. We have a great goal of ennobling the entire world”, said RSS Sarsanghchalak Dr. Mohan Bhagwat Ji on Thursday.

“We don’t have to conquer anyone, we have to unite everyone. Bharat doesn’t work to defeat anyone,” he said.

“During Corona, Sangh work was stalled in the form that is well-known. But the Sangh work was running in homes. Seva (service) during Covid-19 became the core work of swayamsevaks,” he said.

Addressing the Swayamsevaks at the valedictory function of the Tritiya Varsh Sangh Shiksha Varg in Nagpur, he said, “Our Dharma exists in fraternity and Humanity. That is the Selfhood of our Rashtra, none other than Sanatana culture or Hindutva”. 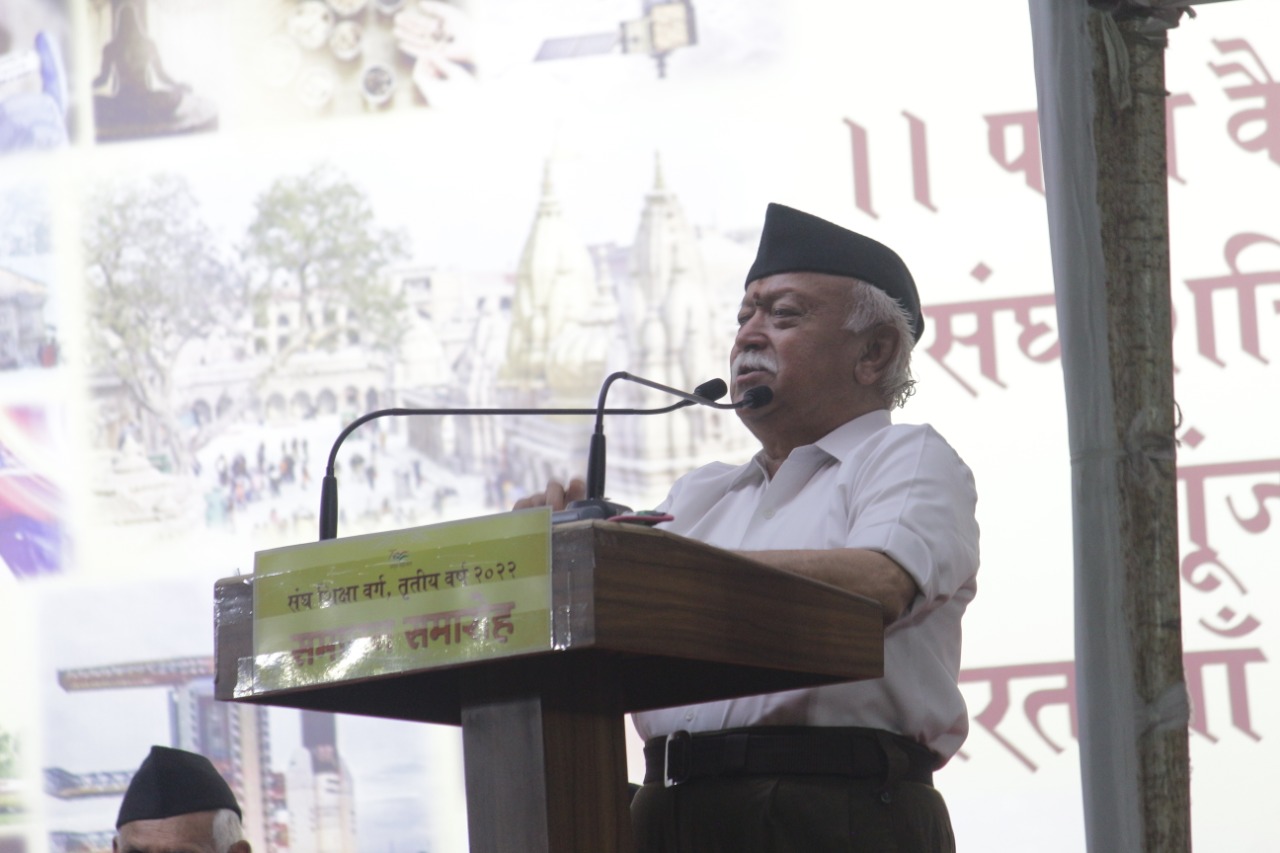 Sarsanghchalak Ji said that matter is ongoing, history cannot be changed, and neither today’s Hindus nor today’s Muslims created it. “Issues were raised over places in which Hindus have a special devotion. Hindus don’t think against Muslims. The ancestors of today’s Muslims were Hindus too. It was done to keep them forever devoid of independence and suppress morale. So, Hindus feel they (religious places) should be restored,” he said.

“If there are issues in mind, it rises. It is not against anyone. It should not be considered like that. Muslims should not consider it like that and Hindus too should not do that either. There is something like that, find out a path through mutual agreement,” he said.

“A path does not always come out. People approach the court, and if it is done then whatever the court decides should be accepted. We should abide by the decisions, considering our judicial system pious and the supreme. We should not question its decisions,” he added.

He also urged the Muslim community to stay in harmony with the national mainstream and not to raise the voice of separation.

“Fortunately, India has taken a balanced approach in Russia- Ukraine crisis. It neither supported the attack nor opposed Russia. India is continuously asking Russia to hold talks with Ukraine,” he said.

“Those who are opposing have no pure intents either. They are supplying arms to Ukraine, it’s like when the western nations used to pit India and Pakistan against each other in the past and test their own ammunition. Something like that is going on here,” he added.

He said India should become more powerful, and it would then be in a position to prevent a crisis.

“Had India been adequately powerful, it would’ve stopped the war but it can’t – its power is still rising, but it’s not complete. Why doesn’t China stop them? Because it can see something in this war. This war has enhanced security and economic issues for nations like us”.

“We will have to further strengthen our efforts, and we will have to become powerful. If India had such power in its hands, then such an incident would not have come before the world,” he added. 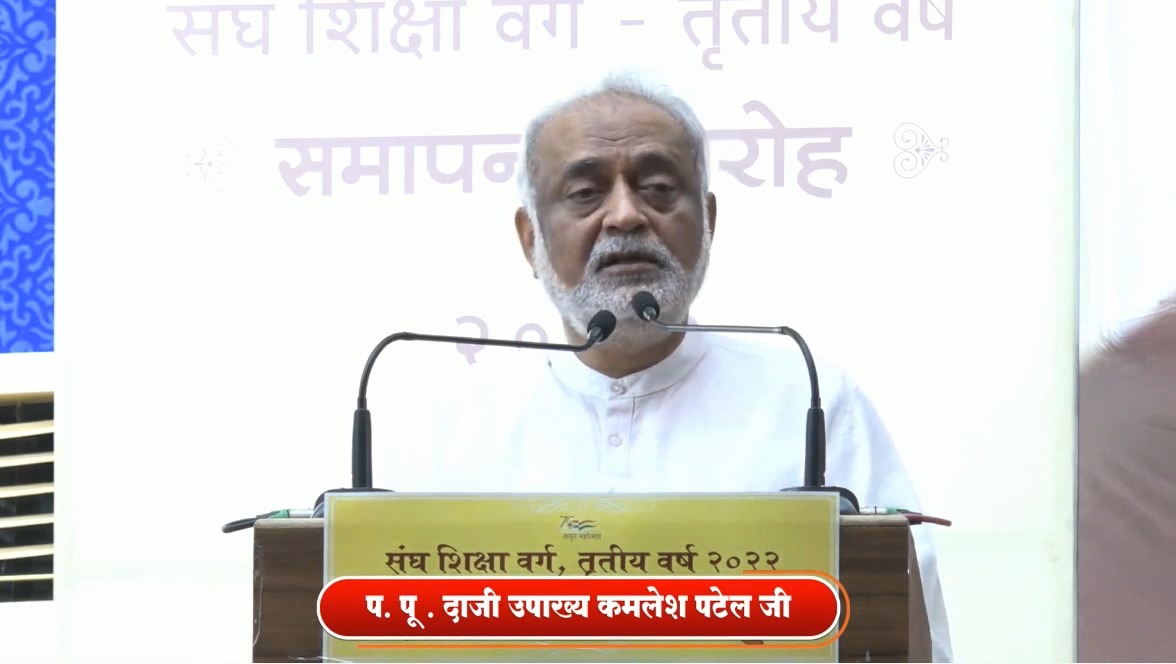 Daaji Upakhya Kamlesh Patel was the chief guest at the valedictory ceremony. “Over 3000 castes, sects groups are there in our country. Each group wants something for themselves. But, we must all think what we can all do for the country. It is all of us who make the country,” he said.

Tritiya Varsh Sangh Shiksha Varg commenced at the Maharshi Vyas Sabhagriha, on the premises of Dr. Hedgewar Smriti Bhavan in Reshimbagh, on May 9. Swayamsevaks, who are selected from across the country, underwent the 25-day training. A total of 735 participants, along with 96 Shikshaks, across the nation, attended the varg this year. 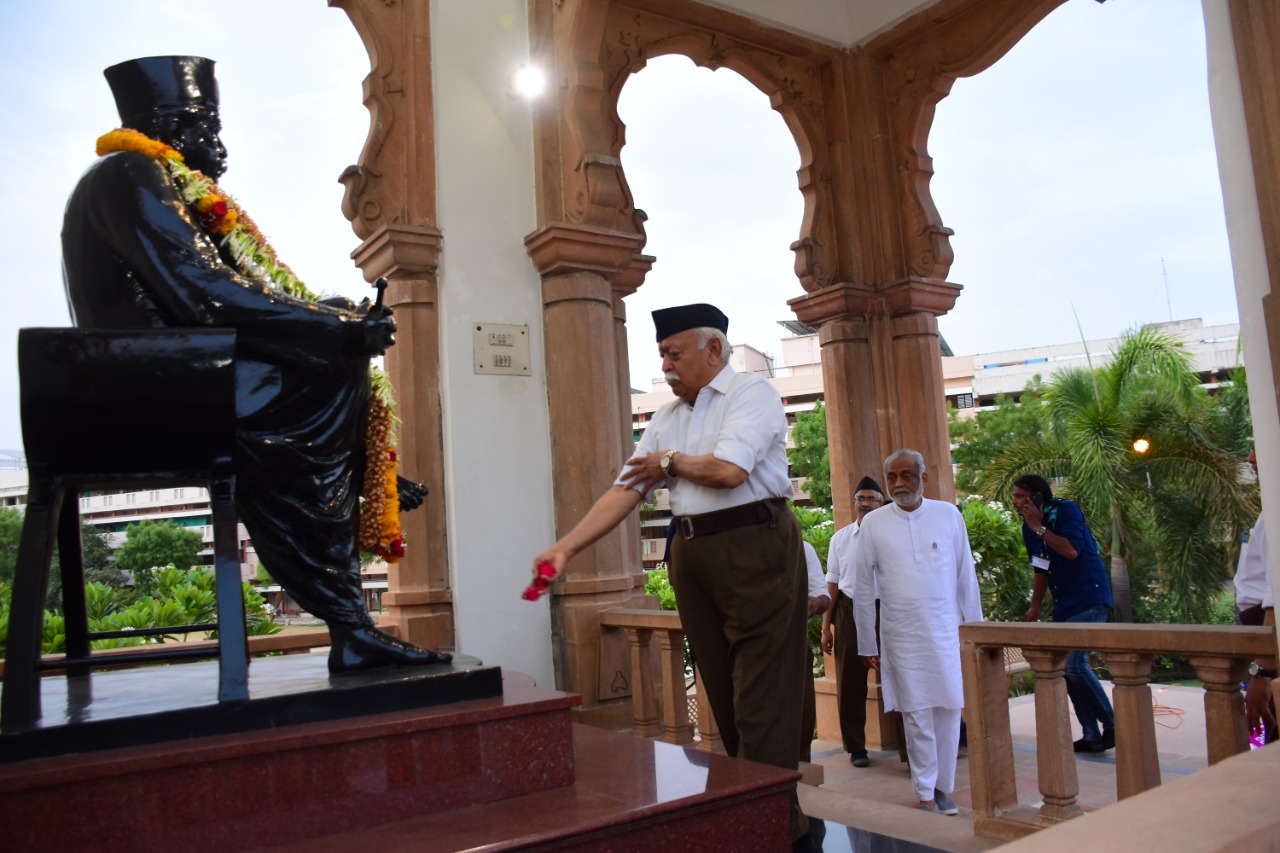 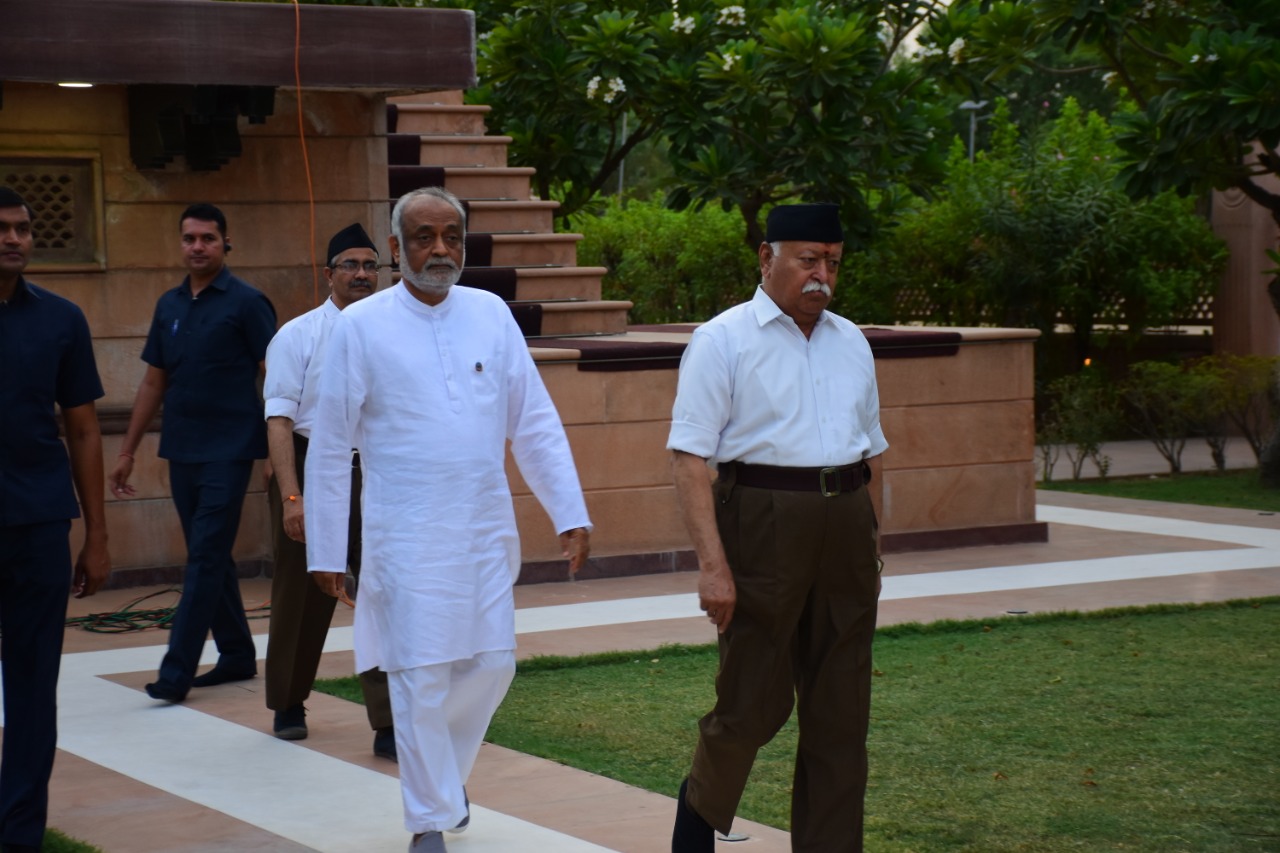 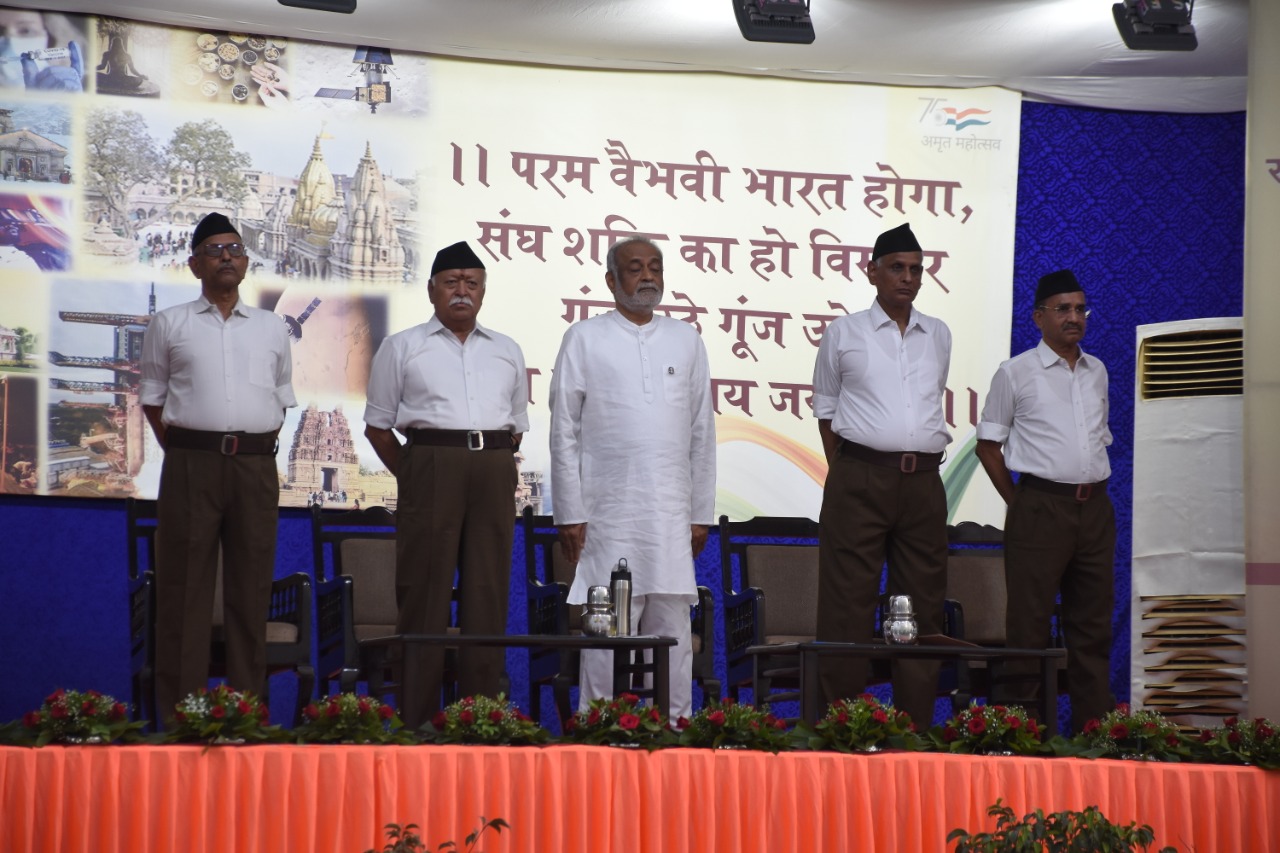 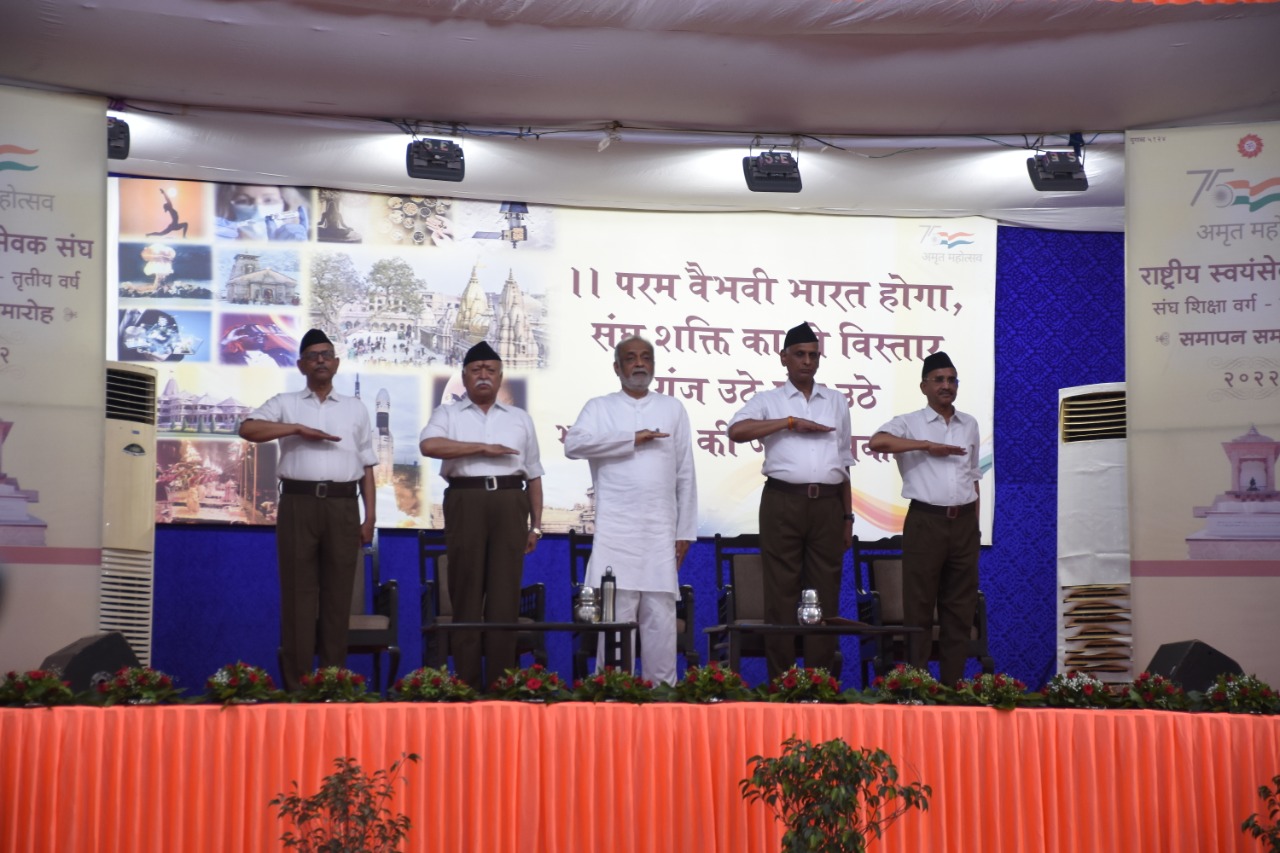 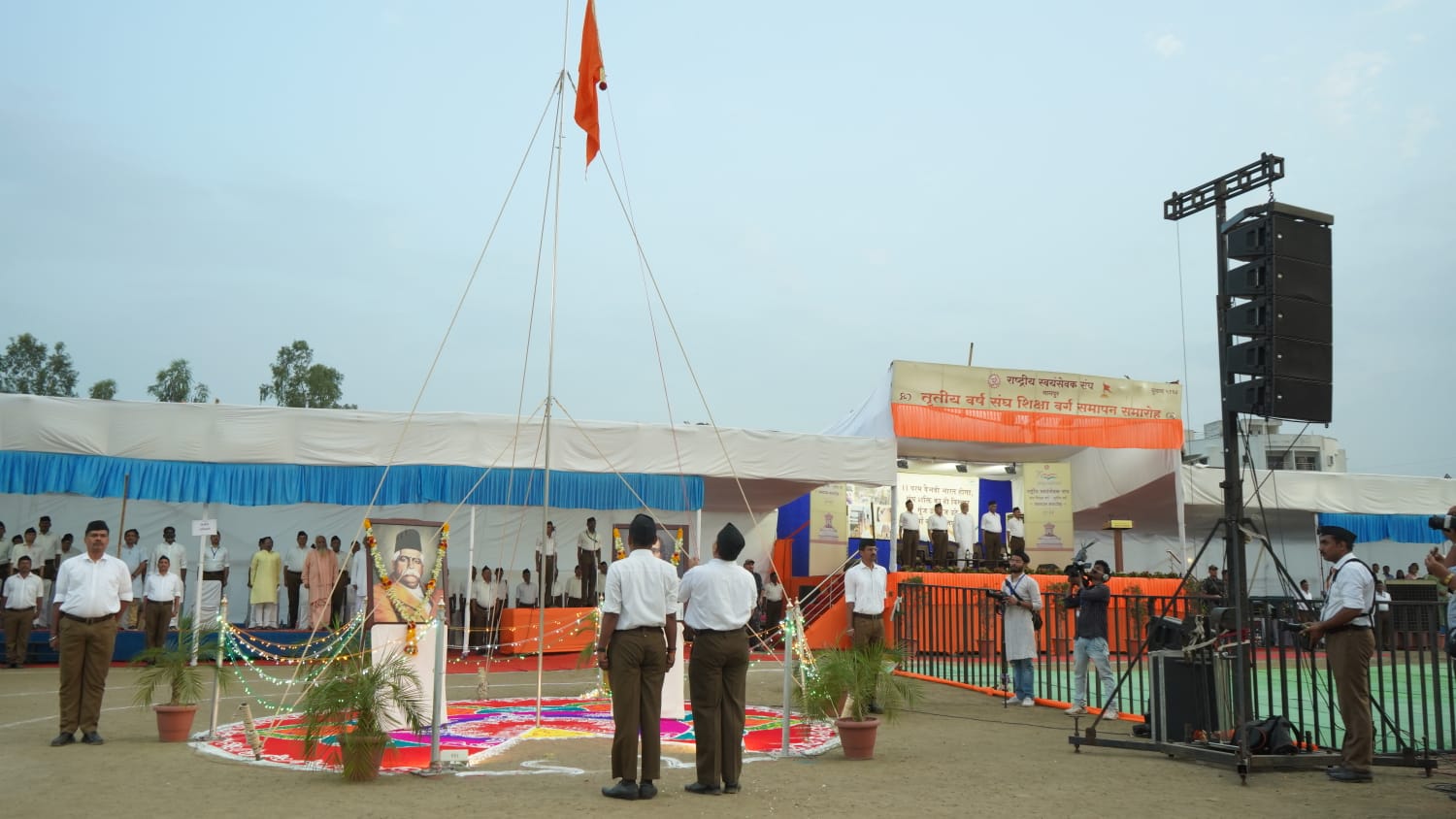 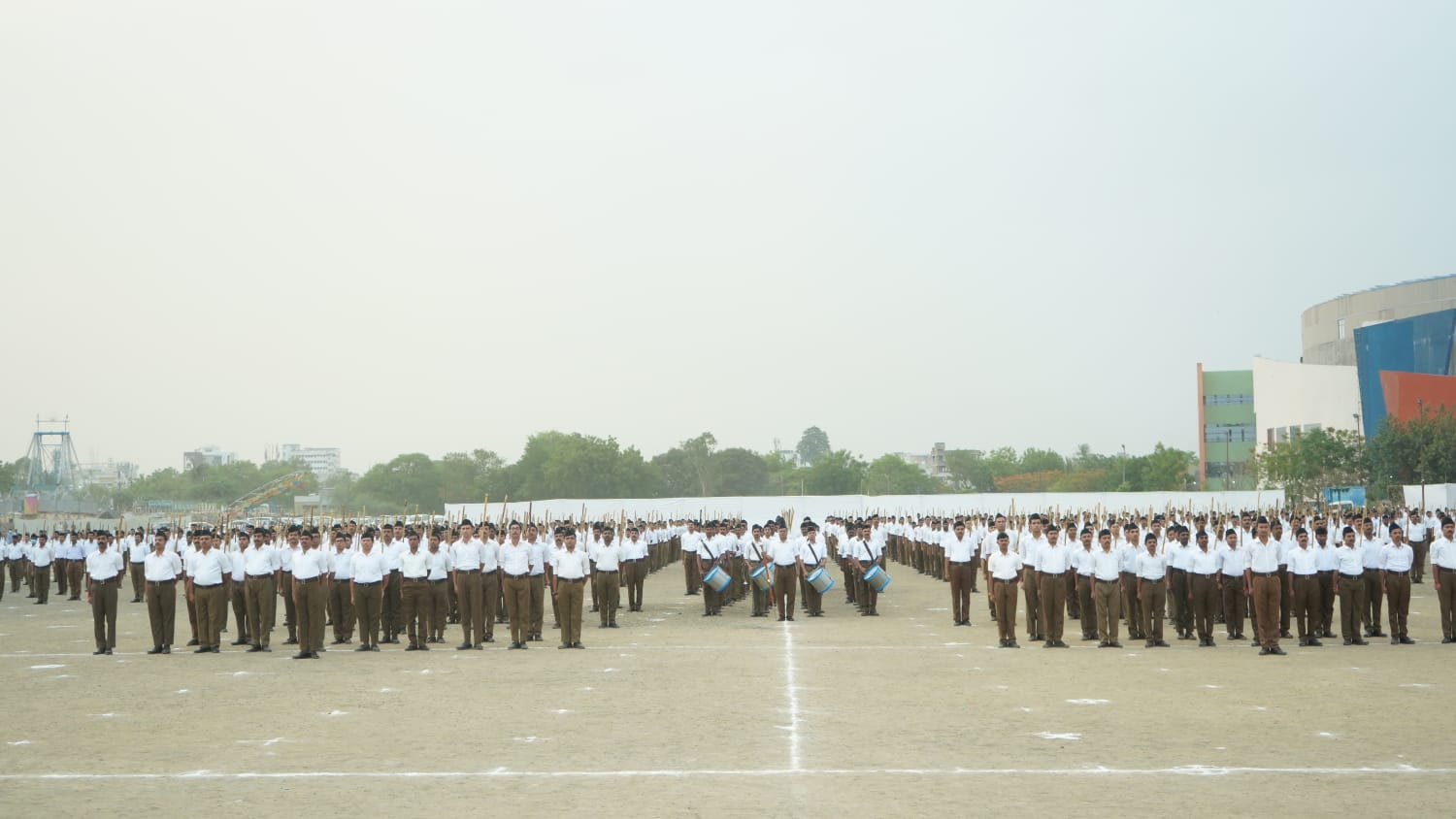 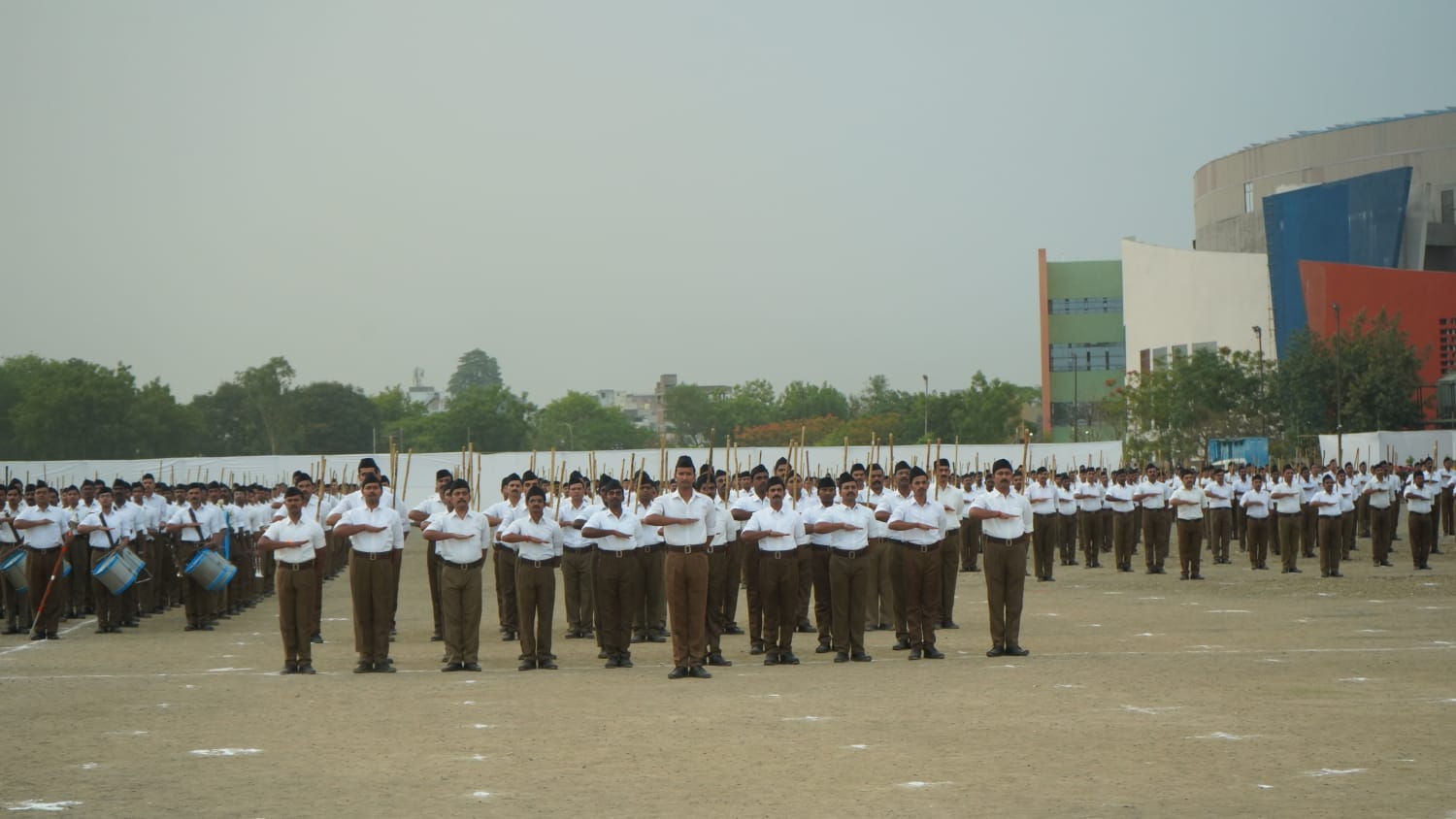 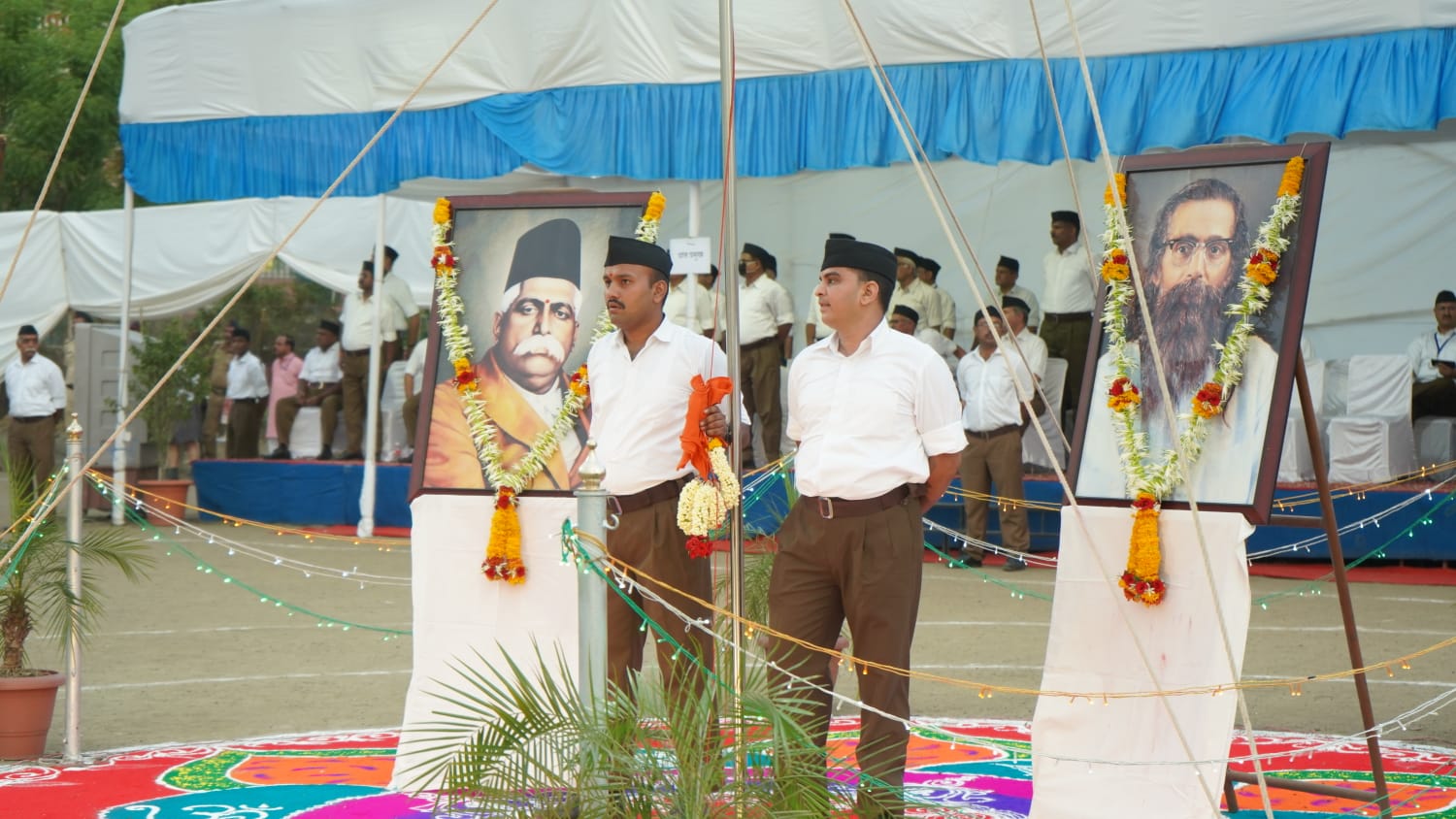 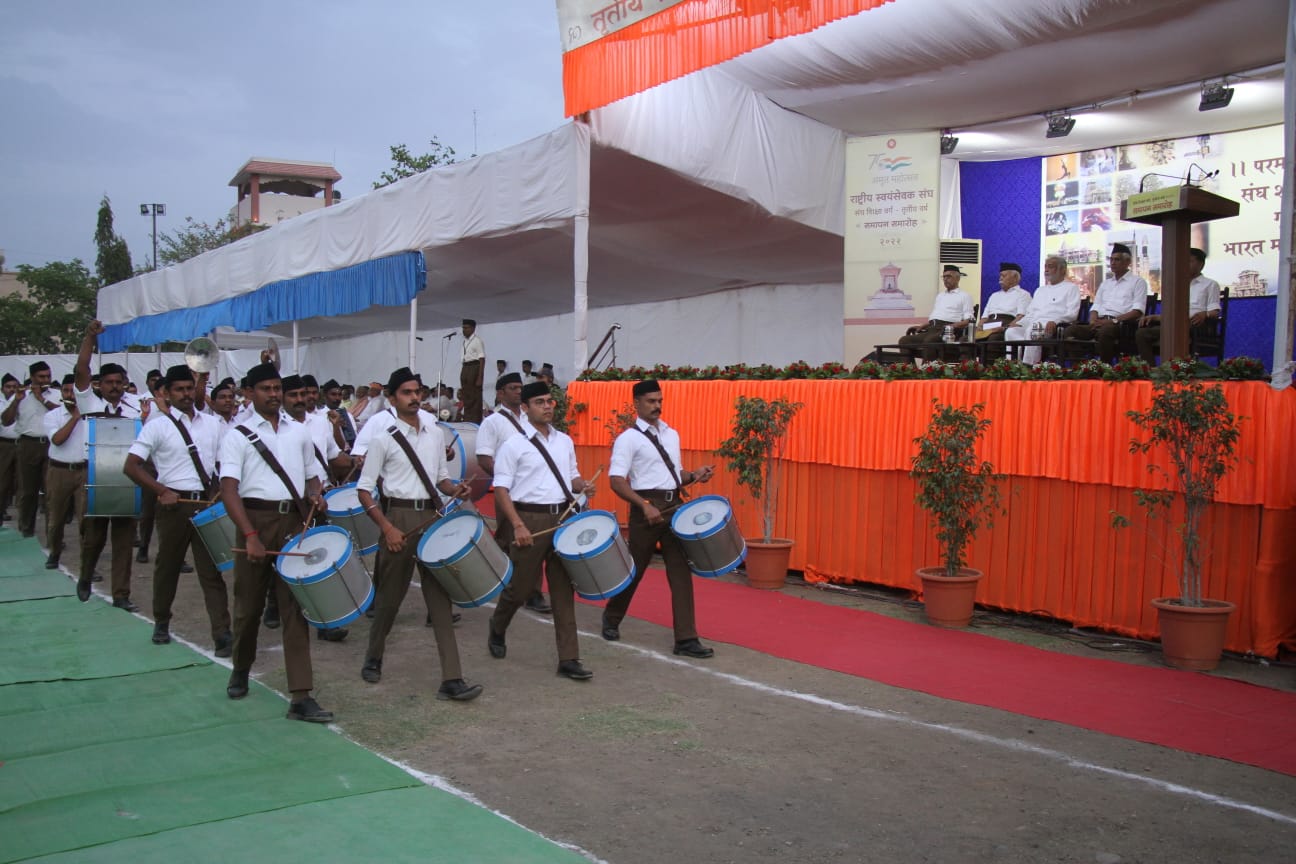 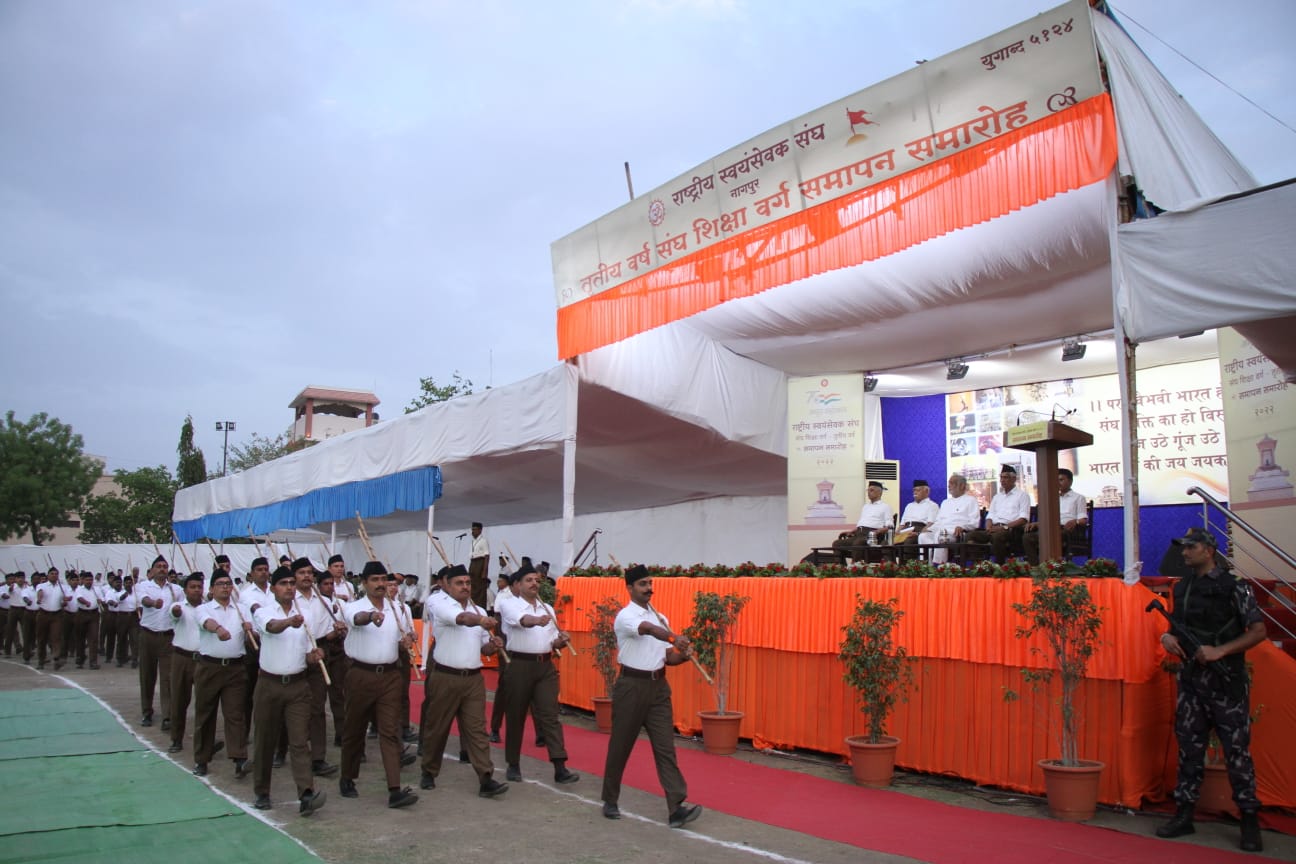 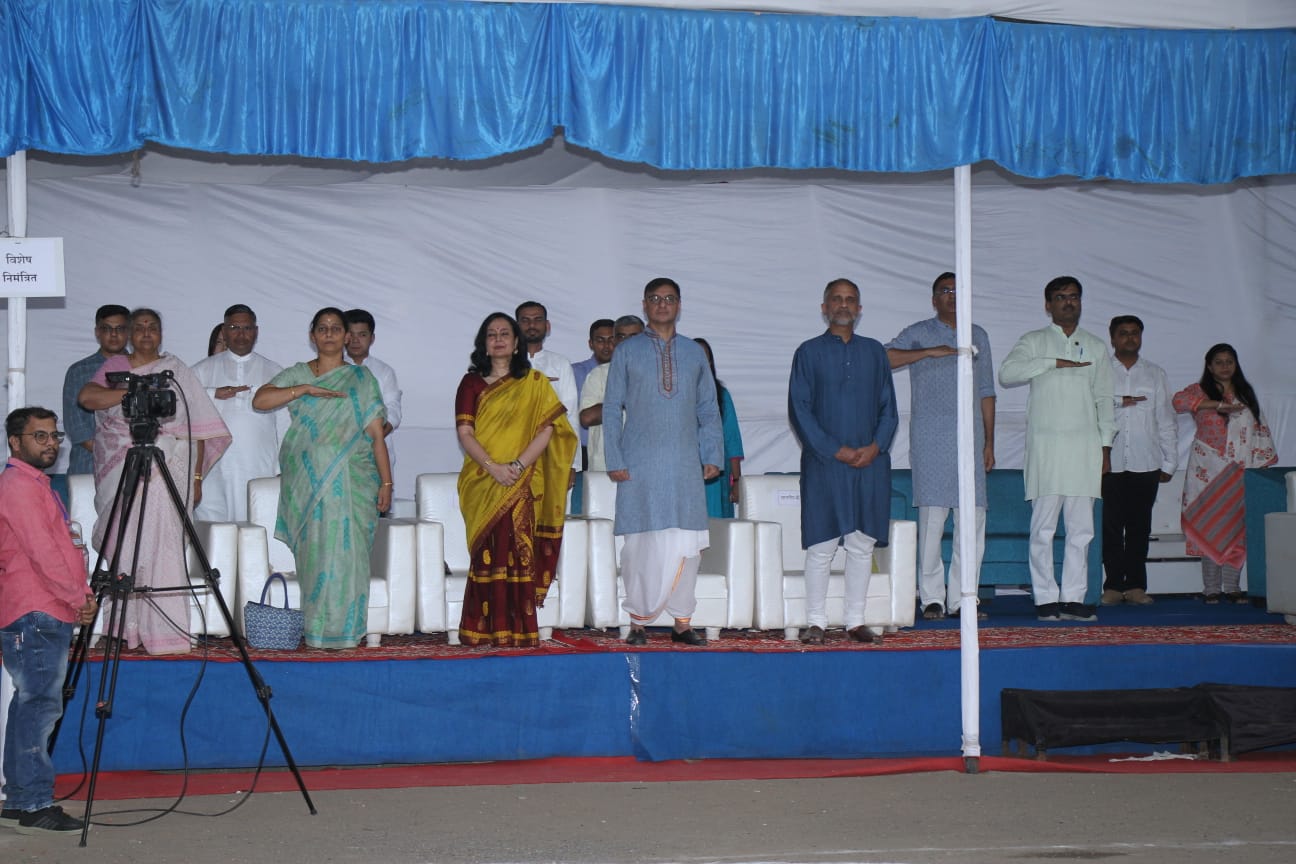 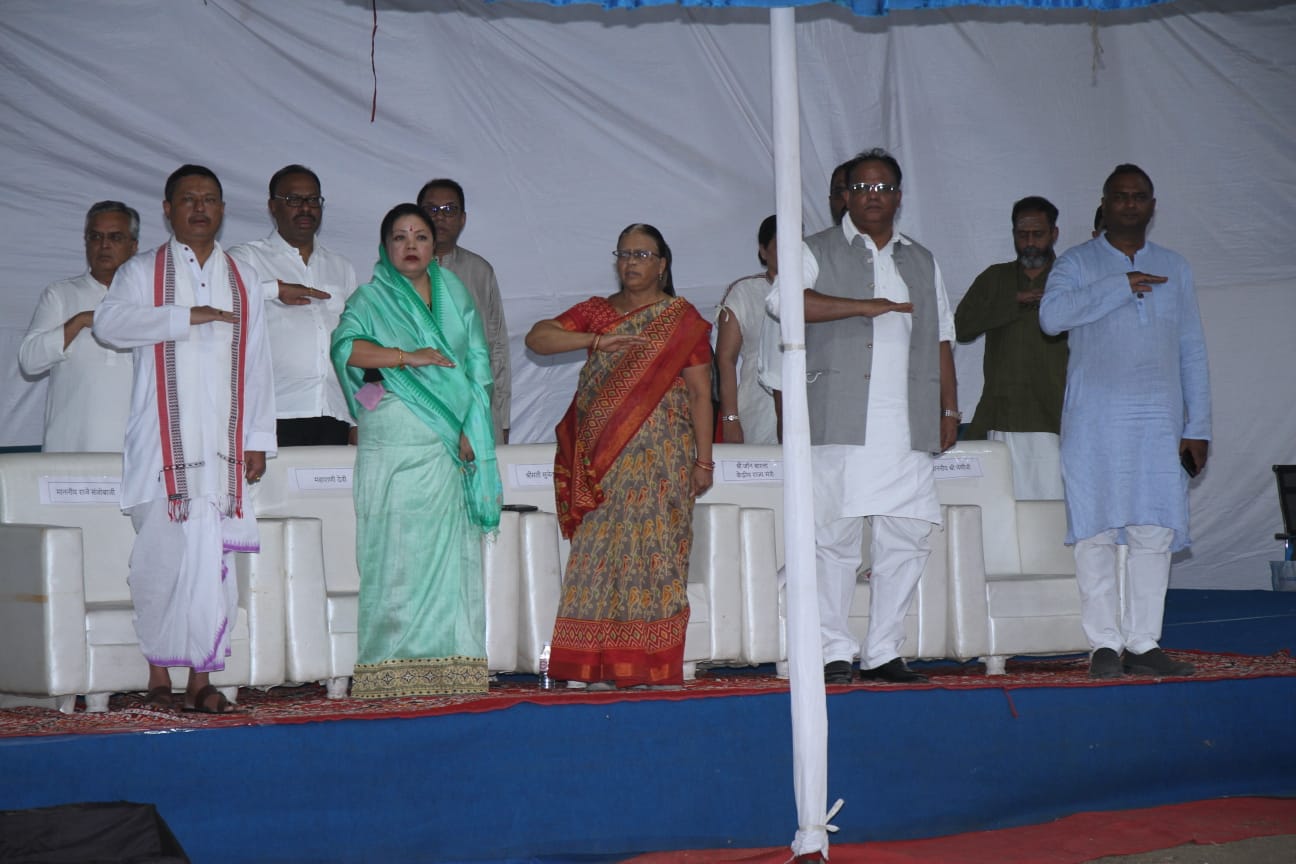 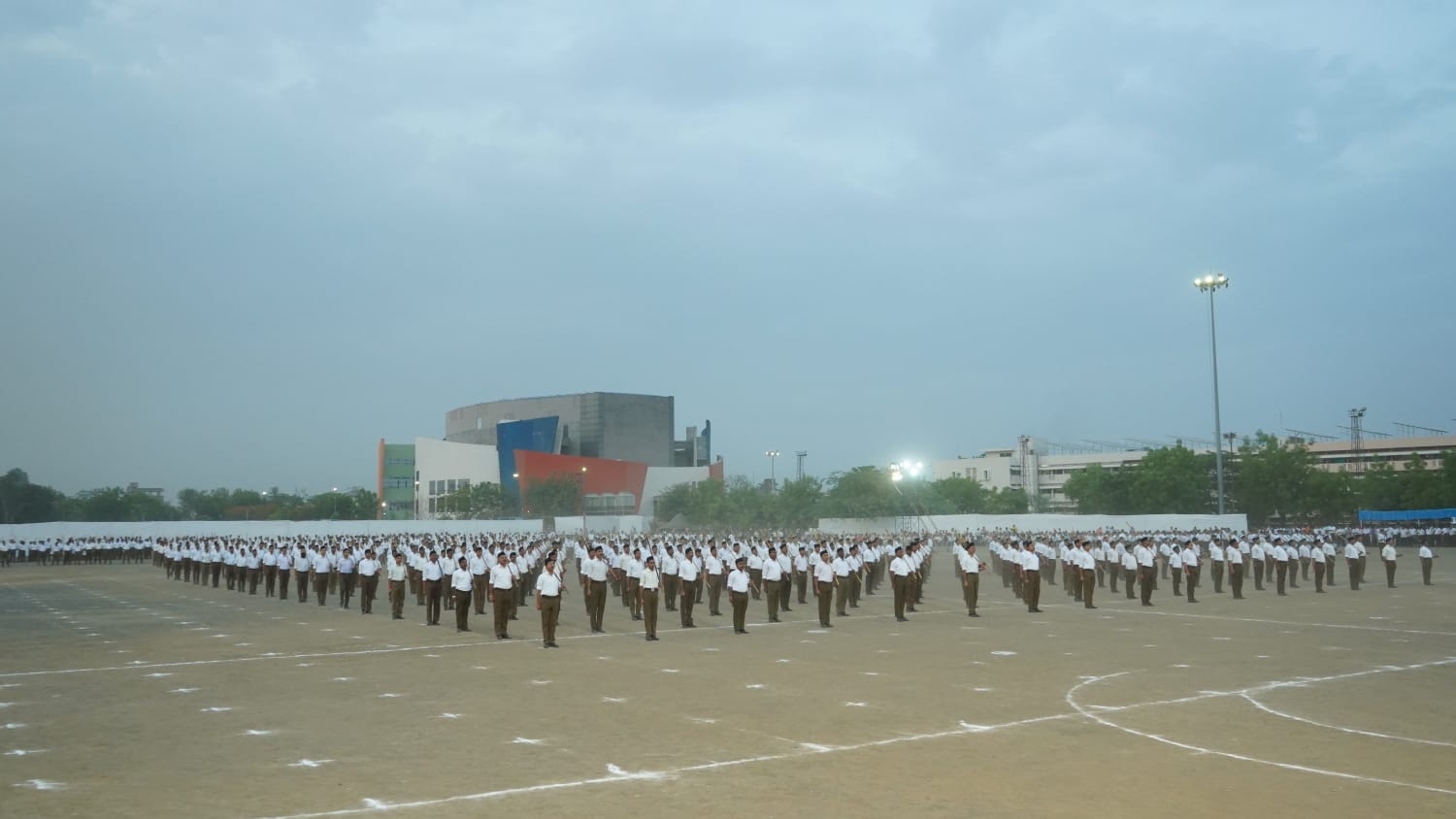 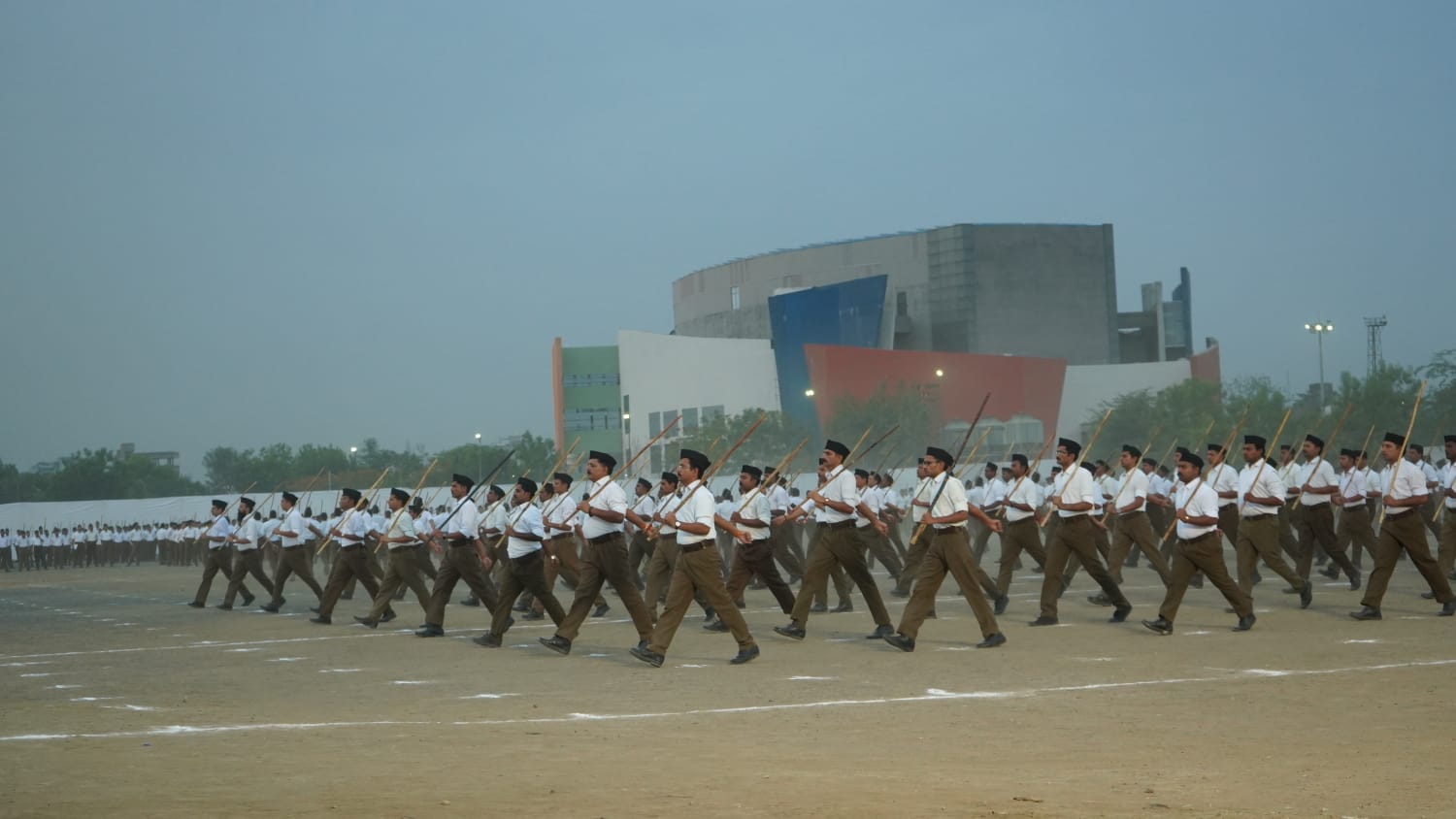 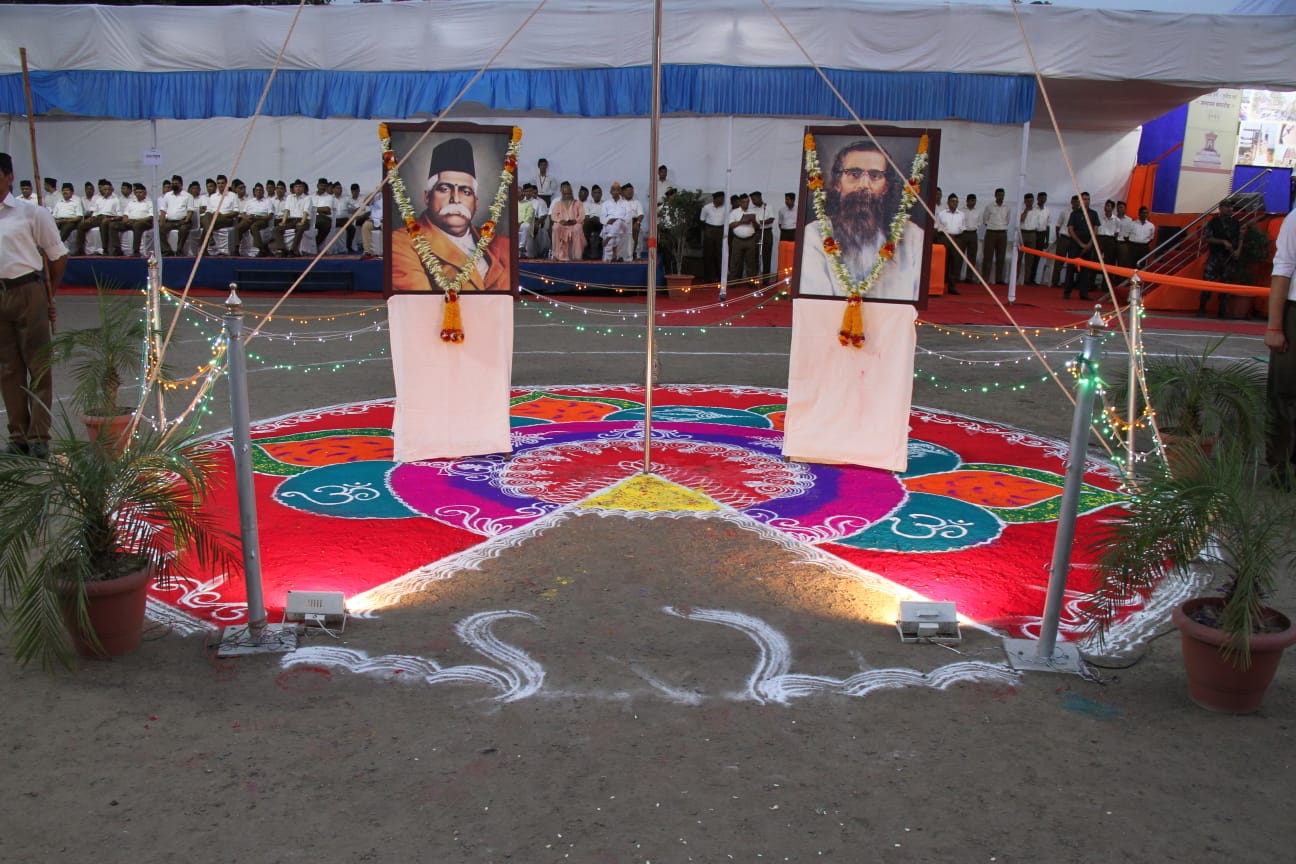 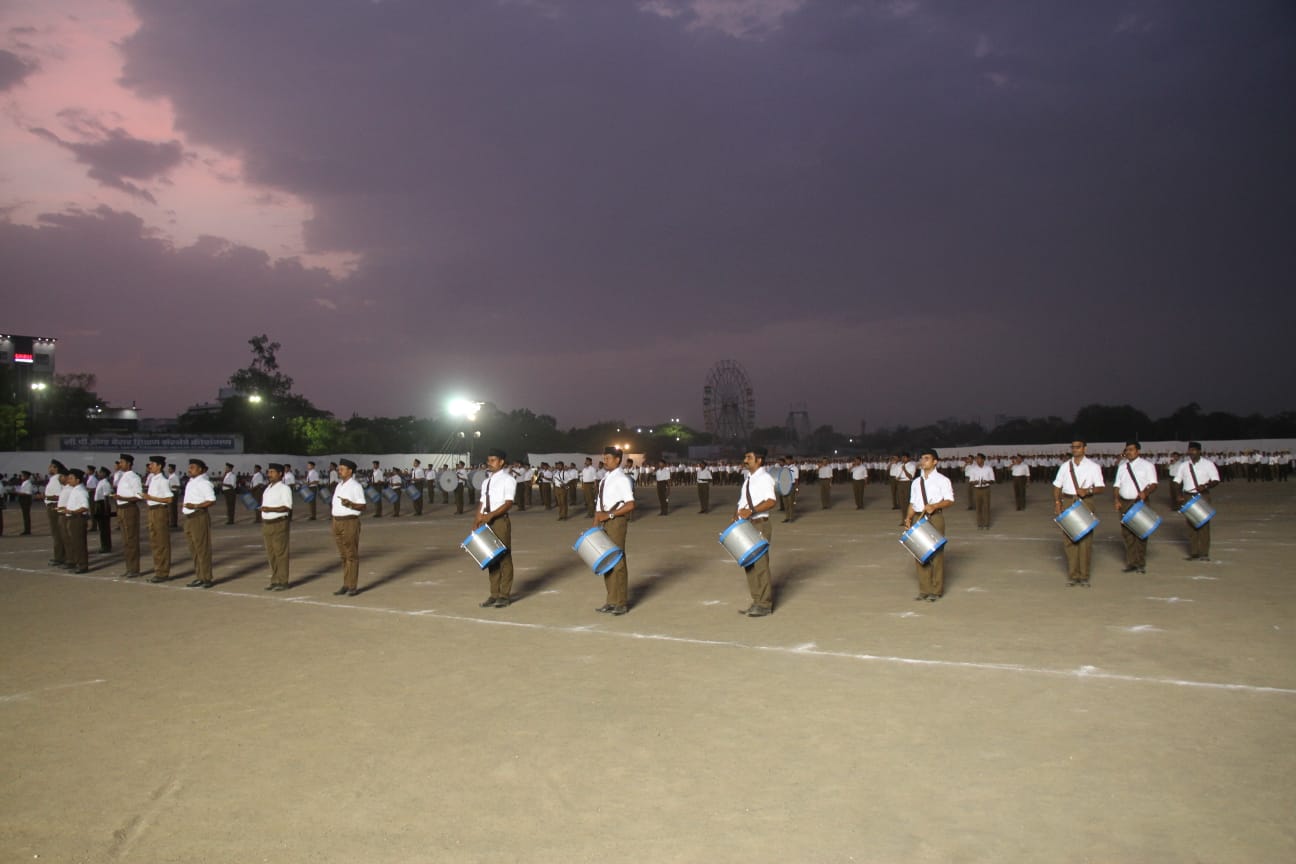 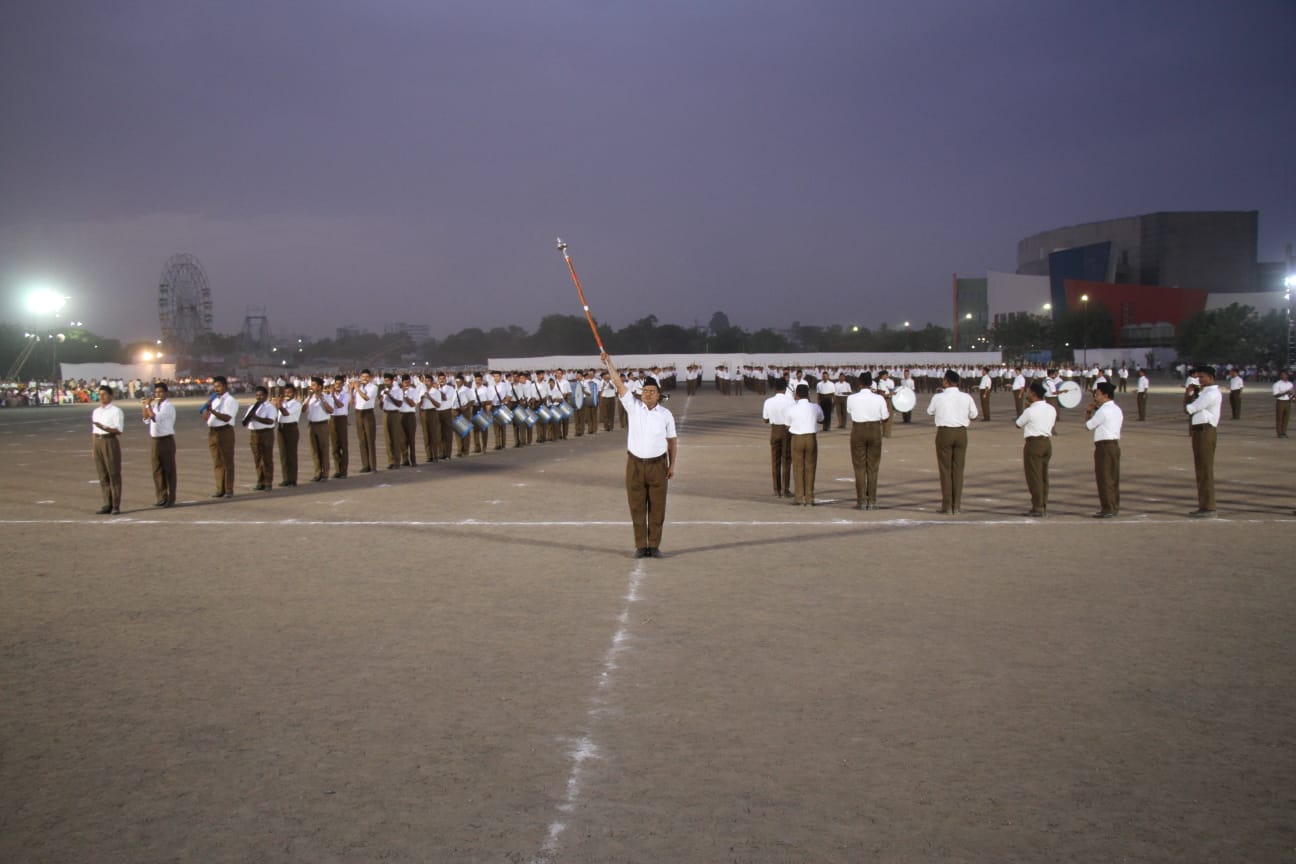 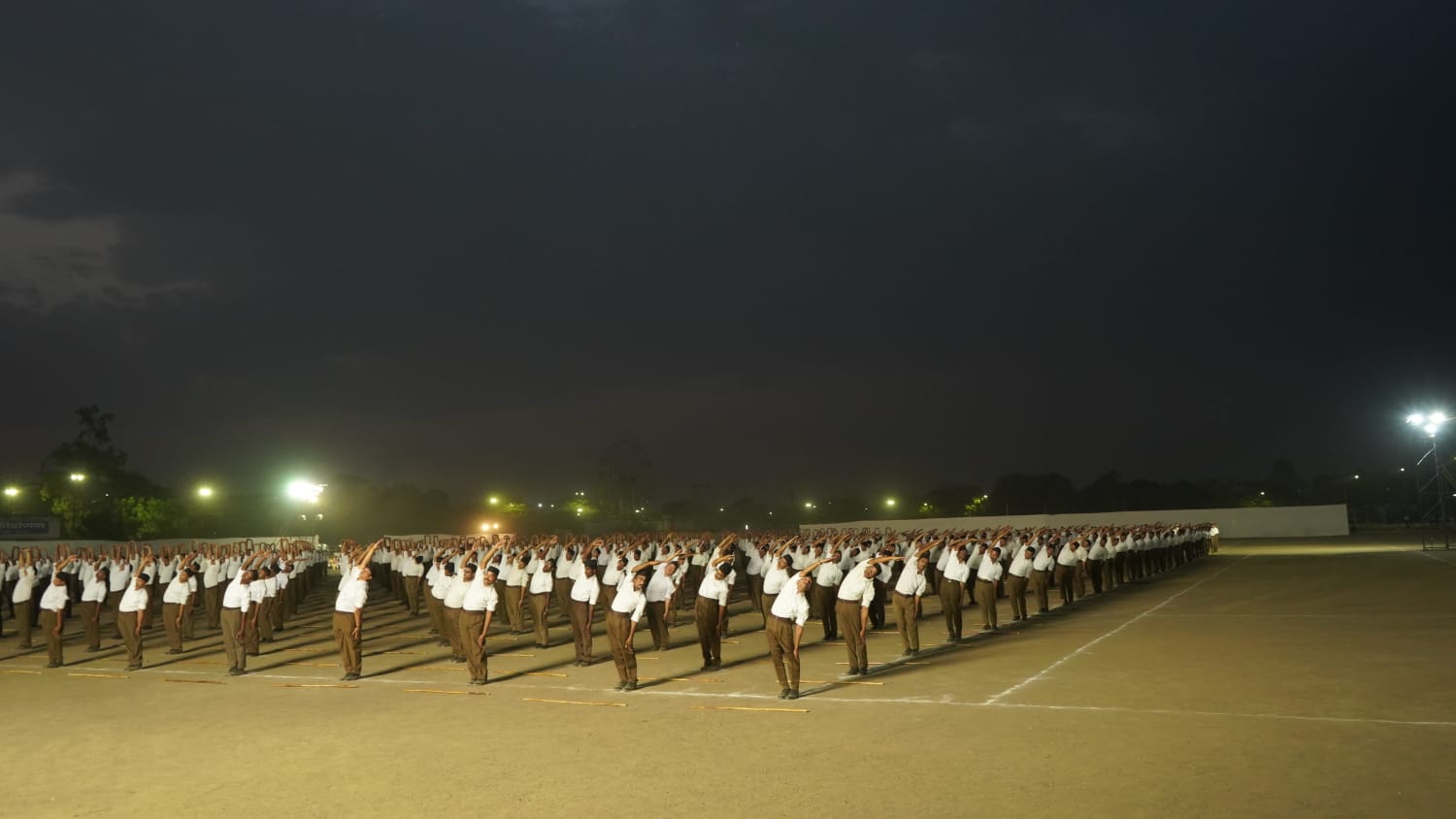