New Delhi. The leaders of the Shanghai Cooperation Organisation (SCO) on Friday endorsed the holy city of Varanasi as the first ever tourist and cultural capital of the grouping for the year 2022-23. Foreign Secretary Vinay Kwatra said this at a media briefing.

The Indian delegation at the SCO summit in this historic Uzbek city of Samarkand was led by Prime Minister Narendra Modi. Uzbekistan handed over the rotating presidency of the grouping to India for the year 2022-23.

“Prime Minister thanked all the member states for endorsing Varanasi as the first ever SCO tourist and cultural capital during the upcoming year 2022-23,” Kwatra said.

“This is a befitting recognition of the historic city and opens the door for greater cultural and people-to-people ties between India and the region,” he said.

The foreign secretary said several events would be organised by the Uttar Pradesh government in collaboration with the Centre to celebrate this recognition of Varanasi. The SCO also decided to set up a special working group on start-ups and innovation at India’s initiative. India would be its permanent chair.

The summit also decided to give permanent membership of SCO to Belarus and Iran. The SCO was founded at a summit in Shanghai in 2001 by the presidents of Russia, China, the Kyrgyz Republic, Kazakhstan, Tajikistan and Uzbekistan.

Over the years, it has emerged as one of the largest trans-regional international organisations. India and Pakistan became its permanent members in 2017. 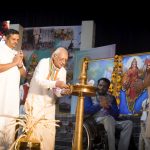