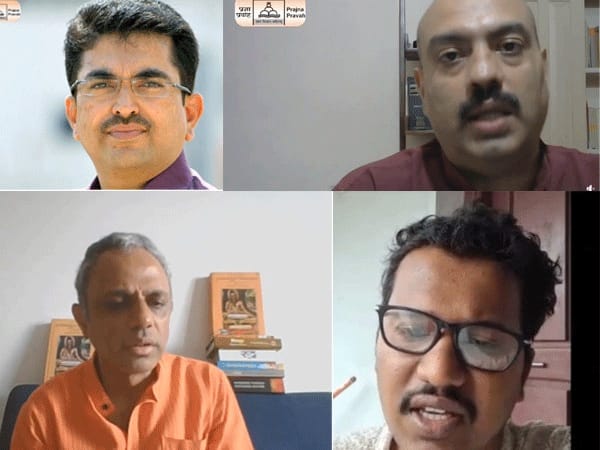 Bengaluru (VSK). Prajna Pravah had organised a seminar to discuss Bengaluru riots, Freedom of expression and Islam in the wake of the recent burning riots at the assembly constituency of Pulakeshinagar where the local MLA Akhanda Srinivasamurthy’s house, Naveen’s house and the police station in Devarajeevanahalli (DJHalli) were burnt. The war like situation had shocked the peaceful city of Bengaluru on Aug11, 2020 when the media and the locals reported thousands of Muslims gathering and had created havoc. The seminar was organised with an intention to understand broadly the occurrence of riot in Bengaluru was not a mere law and order issue but our situation of the ‘present’ would decide ‘future’.

Communal violence has erupted in the peaceful City of Bengaluru resuting in failure of democracy. Political parties have found truth of the incident in their own ways and some complain of Police intelligence failure but the historical perspective to this incident or riots of such sort takes us to 1906 Muslim League formation which though was started to organise Muslims towards freedom struggle, the hidden intention of separatism  came to fore Hariprakash Konemane said in his talk.

Muslim League post getting strong, had changed the course of Non Cooperation movement in 1919 to draw focus on Khilafat movement eventually resulting in Moplah Massacre with Hindu lives affected he added. Hariprakash lamented the divisive mindsets of select intellectuals, academicians, historians and to lot an extent the political movements which had converted even the cultural identity of Bharat-reconstruction of Ram Mandir into Hindu Muslim divide. The Congress from the time of freedom struggle has tried to disregard the Hindu nationalist forces and appease the Muslim leadership while parties like the AIMIM, SDPI in the fight for leadership and power have been inciting people he said.

Advocate Sridhar Prabhu spoke about the Muslim League’s decimation in elections in 1937. But Congress budged with the demands of this Muslim League including implementation of Muslim laws, prayer space specific to Muslims, allow cow slaughter, truncate Vande Mataram, disregard National Flag. The feel that Congress had then was sans Muslims achieving Freedom would be difficult. The series of such appeasement resulted in Muslim league winning 113 of 119 seats it contested In 1946 which itself for the call for partition of Bharat he said.

While the Congress always called Hindu as dividing agenda they attributed universal brotherhood to Muslims, but Dr. B R Ambedkar had called it ‘the brotherhood of Muslims and for Muslims only’ Sridhar Prabhu said.

The formation and the push to form IUML in 1948 despite the Muslim league gone completely to Pakistan, formation of SIMI in 1978 or organisational clout of Popular Front of India and rise to the Women Federation of India(WFI), Campus front of India for students (CFI) or political outfit Social Democratic Party of India (SDPI) in various areas has created more damage than benefits to the country he said. While the talks of banning such organisations are in the air, the chances that they will emerge as a new outfit in a new name is high and measures to cure the disease of such mindsets are to be taken he urged. Ones who believe, trust and follow the constitution shall consider everyone equal but those with a divisiveness would not pay heed. The negation of the thought in sangh prarthana  ‘vidhayasya dharmasya samramkshanam’ was the basis of Islamic mindset he said.

Author and Critic Dr. G B Harisha spoke on the Intellectual background in Islam and said the thousand of years of such intellect and systematically imposing their thoughts on others, establishing fear in the minds are prime reasons for such riots occurring and reoccurring. The application of the thoughts of Quran and Hadis by means of violence has been done systematically and have been waiting for any opportunity to show might he added. He termed the Bengaluru riot and the Delhi riot as Islamic terrorist way of celebrating the Moplah Massacre centenary.

While a Hindu accepts others the thoughts of Islam is not open to accept other faiths but demands to blindly follow them Dr. Harisha said. The banning of Salman Rushdie’s book Satanic verses, Taslima Nasreen’s books and violence associated have only proved time and again that nobody could question them and had to blindly accept. The Japanese translator of Satanic verses was lynched to death and the Kannada translator of Lajja had to undergo tremendous pressure he said.

Dr. Harisha said that the Pak killing of Hindus, destroying of temples, recent Delhi riots were not accidental but intentional to prove the might. Building strength to retaliate has been the modus operandi he said. Dr. Harisha said that the issue is not with Muslims of Bharat but inherent to Islam and to  celebrate democracy, the need is to learn and teach hindutva and in the same breathe expose Islam. By culturally, intellectually, mentally  alienating Muslims from Islam, the cure has to be obtained, compromising on which would push the world to stone ages he concluded answering a question.

To a question if the law had to get stronger to avert such riots, Sridhar Prabhu Said it was never a law and order problem, and the law in Bharat was not weak but lack of morality and Dharma resulted in the riots. Hindutva philosophy is democratic by itself he said.

Hariprakash Konemane concluded stating the fundamentalism in Kashmir was neutralized to lot an extent and uniform civil code in the country is the need of the hour to tackle the menace. 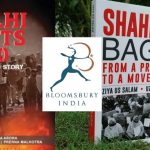 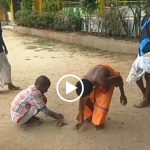