Kerala (VSK). The ‘Vidya Daanam’ program envisioned by the team is supporting the tribal families and their children so that they are not robbed of the emerging opportunities due to gap in education.

The team of RSS Swayamsevaks and like-minded NGOs saw the need when they visited the tribal hamlets in Pathanamthitta, especially those in the vicinity of Sabarimala area. These hamlets were yet to realise the changes induced by COVID-19 in the world and country. Many of the tribal students, residing along the forest fringes of Gavi and Attathode were struggling with the recently introduced e-learning programs by the Kerala government. These families of the tribal hamlets and their children are also susceptible to the cunning and barbaric schemes of forest encroachers and conversion mafia.

Further, the children of these forest-dwellers were yet to receive internet connectivity and the only option before them was watching non-interactive online classes via TV channels such as KITE VICTERS. In fact, majority of the houses in these areas do not have access to electronic devices. Things had come to a stage where these students were being forced to put an end to their education due to the lack of facilities required for online education. It was then that the team of RSS Swayamsevaks and few like-minded NGOs saw it as their duty to stand behind these Janjati families and children.

It was to bridge this gap and to ensure a good future for these children the team came up with the ‘Vidya Daanam’ program. As per the program, the team raised the necessary funds required to install the televisions required for e-learning. The team then brought the necessary items as planned as part of the project. 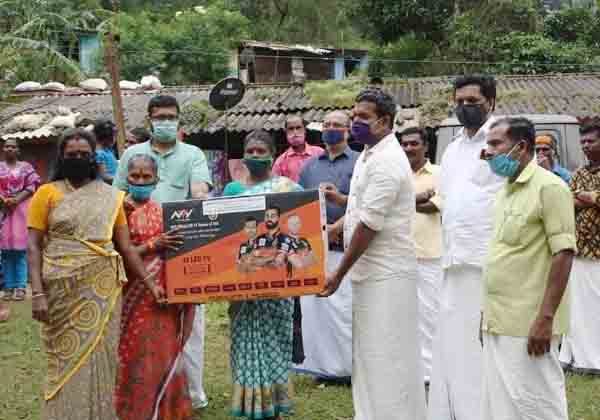 As Keralites celebrated Onam, the festival of harvest and plentitude, a group of Sangh Swyamsevaks traveled all the way from Pathanamthitta (The district center and Sabarimala temple located at Pathanamthitta dist.) to the hamlets in remote Gavi through the dense forest path. They then handed over three LED televisions to needy students in Gavi settlement colony. Two televisions were installed at the local anganavadi, where students can jointly attend classes.

“It is important to ensure that more students come on-board and therefore facilitation of e-learning process is significant”, says the ‘Vidya Daanam’ team. The team also says that it is important to ensure that these tribal hamlets are kept away from the Evangelical vultures so that they can concentrate of their education and nation building. The noble deed to ‘Vidya Daanam’ team has been well received and applauded by the Janjati hamlets and its residents. 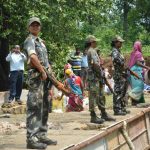