New Delhi. Rashtriya Swayamsevak Sangh Swayamsevaks helped the family in Periyapatna, which was distraught without knowing how to handle or where to go after the family member died of COVID-19.

In a display of humanity and social duty, a team of RSS Swayamsevaks performed the funeral and last rites of a man who died of COVID in Periyapatna town in Karnataka. Ganesh (55) a resident of Periyapatna was suffering from COVID and was admitted to the COVID care centre on October 3. He was discharged on October 8 after declaring that he had recovered from Corona.

However, on October 11, Ganesh developed breathing problems, and his coughing became intolerable. As his condition deteriorated, no ambulance came on time, and he breathed his last at home.

Since he died at home, no one was willing to take the risk of carrying a Corona patient. The family was also unable to arrange an ambulance to carry the body to the crematorium.

Finally, Ganesh’s body had to be transported to the crematorium in a death van of the town corporation. Neither the vehicle nor the body was sanitised by the corporation.

It was then that a team of Swayamsevaks arrived at the scene. The Swayamsevak’s team consisting of Kogilawadi Manju, Ramu, Mahendra, Manjunath decided to cremate the body after taking all precautions.

All the Swayamsevaks wore PPE suits and ensured that Ganesh was given a proper funeral with all the last rites being performed. Ganesh was cremated near Hunsur, taking into consideration all the WHO mandated norms for the cremation of COVID victims. 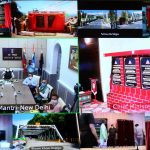 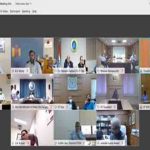