Lahore. Shaheed Bhagat Singh’s name was not mentioned in the FIR for the murder of a British police officer here in 1928, the Lahore police have found, in a major boost to prove the legendary freedom fighter’s innocence in the case 83 years after his execution.

Bhagat Singh was awarded the death sentence for Saunders’ murder and he was subsequently hanged at Shadman Chowk in Lahore in 1931, aged just 23.

More than eight decades after his hanging, the Lahore police searched through the record of the Anarkali police station on the court’s order and managed to find the FIR of Saunders’ murder.

The case was registered under sections 302 and 109 of the Indian Penal Code. An inspector of the Lahore police’s legal branch on Saturday handed over the attested copy of the FIR in a sealed envelope to additional district and sessions judge (Lahore) Tariq MahmoodZargham.

The court handed Qureshi a copy of the FIR. Qureshi said special judges of the tribunal handling Bhagat Singh’s case awarded death sentence to him without hearing 450 witnesses of the case.

Bhagat Singh’s lawyers were not given the opportunity of cross-questioning them, he said.

“I want to establish Bhagat Singh’s innocence in the Saunders case,” he said.

The Lahore high court has referred the case to the chief justice for the constitution of a larger bench to hear the case. 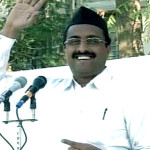