New Delhi. Shiksha Sanskriti Utthan Nyas (SSUN) headed by veteran academician and educationist Dina Nath Batra has demanded use of Indian languages for all legal, judicial, government, financial and civil services examinations. The Nyas is supported by Rashtriya Swayamsevak Sangh (RSS). Batra, it may be recalled, has won the lawsuit against the American indologist Wendy Doniger forcing the publishers to withdraw her controversial book on Hinduism recently.

The Nyas General Secretary Atul Kothari told in a conference on Monday that use of Indian languages would enhance the people’s understanding of these transactions in a better way. Petitions, hearings and judgments at the district courts now use the regional language, but most high courts and the Supreme Court stick to English. “Indian languages must get priority”, Kothari said.

At its three-day conference in Ernakulam last week, the Nyas adopted a resolution to promote the Indian languages. Kothari said copies of the resolution would be handed to the Prime Minister and central ministries.

Kothari said the widespread use of English often left government orders incomprehensible to those they were meant for. So, at the state level, the state’s official language should be used while the apex court should use Hindi and English.

Primary education should be imparted only in the regional languages, Kothari said, with English later introduced as a subject, but not as the medium of instruction.

Linguist  Omkar N. Koul said the Supreme Court had last year ruled that the parents and not the state government had sole right to decide a child’s language preference. Koul, however, supported the Nyas’s demand for introduction of the regional languages in court transactions. “You sustain and develop a language by using it in education, media and administration. The state has to take responsibility,” Koul said. He said translated copies of court or government orders could be made available to the people along with the English versions.

The Nyas has prepared a mathematics syllabus for Classes I to XII by weaving Vedic mathematics into the current curriculum. “Vedic mathematics simplifies all arithmetic calculations,” Kothari claimed. The Nyas plans to introduce the new syllabus experimentally at a few private schools in Jhabua district, Madhya Pradesh, and Meerut district, Uttar Pradesh, from this session. When the National Council of Educational Research and Training prepares its new school curriculum, which may happen very soon, the Nyas will approach it to consider the introduction of Vedic mathematics.

The Nyas has prepared a six-month certificate course in Vedic mathematics that has been introduced by Atal Bihari Vajpayee Hindi University in Bhopal and Kalidas Sanskrit University in Nagpur. The Punjab Technical University will introduce the course from this session. “We are providing academic support in terms of syllabus and training to these universities,” Kothari said.

Asked about IIT Madras’s de-recognition of a student study group that had accused the Centre of imposing Hindi and Hindutva, Kothari defended the institute. “The wrong things (by the student body) must stop. The country must run according to its law,” he said. 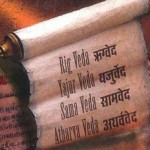