It is not physical strength but the hard work, self-determination and focused approach with absolute concentration on goal are behind my success.

Sarika Jain, 29, was ranked 527 among the 1,122 candidates who cleared the civil services examinations (2013) conducted by Union Public Service Commission. It becomes pride and glory when one gets into coveted civil service that attracts huge respect and appreciation. As matter of routine Odisha’s remote Kantabanji’s Sarika Jain naturally deserves all those pats.

“I am extremely happy about the result, though I expected a better rank”, was her first reaction as the result reached her.

As Organiser reached the unique achievement holder and wanted to know the secret behind her marvelous achievement, Jain said her foundation of success in life was laid down while as a student from pre-school to end of HSC in Sarawati Shishu Mandir in Odisha’s rural backyard Kantanabji in Bolangir district.

Jain recounts as she was physically challenged due to polio in her early years, no school was willing to admit her in the institution. It was Saraswati Shishu Mandir authorities who gracefully accepted her and enrolled her in the preschool. Jain recounting her memory said she got right kind of teaching motivation and determination to take challenge of life.

Elaborating her early life experience while as a student in Saraswati Shishu Mandir she said the affection and encouragement of teachers set her ground for her future struggle ahead in pursuit knowledge. She learned discipline and sanskar (self cleansing) in her school and that worked till date. She also gave due share to her school and teachers for her success she has been boasted with.

She interacted with Organiser on her physical disability front with 50 percent disability in leg. Recounting her early days when she started her preparation for civil service, she was discouraged as the preparation involves lot of hard work and pressure. Sarika says withstanding pressure she decided to give it a try with dedication and determination. She proved the old saying when there is a will there is a way. Her physical challenge was turned into advantage and her mental and moral power came in her rescue.

It is not physical strength hard work, self-determination and focused approach and with absolute concentration on goal is secret behind her success. Her father, 58-year-old Sadhuram Jain, is an undergraduate and a small-time businessman who runs a grocery shop in the town. Her mother Santosh Devi is a school dropout and a homemaker.

“From the beginning my aim was not to be an IAS officer because the infrastructure (to prepare for the exam) was not available here. I wanted to become a doctor, but the science stream was not available in the local college,” she said adding that she studied commerce and obtained a bachelors degree from the local women’s college. Later she pursued chartered accountancy, studying at home, and got qualified. That was when she decided she wanted to do something and chose to appear in the civil services examination. She went to Delhi in 2012 and received coaching at a private institute for six months. “My aim was to learn new things. For me, study means to learn from others and their experiences which helped a lot,” she said. 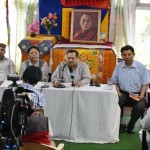 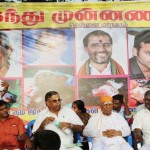