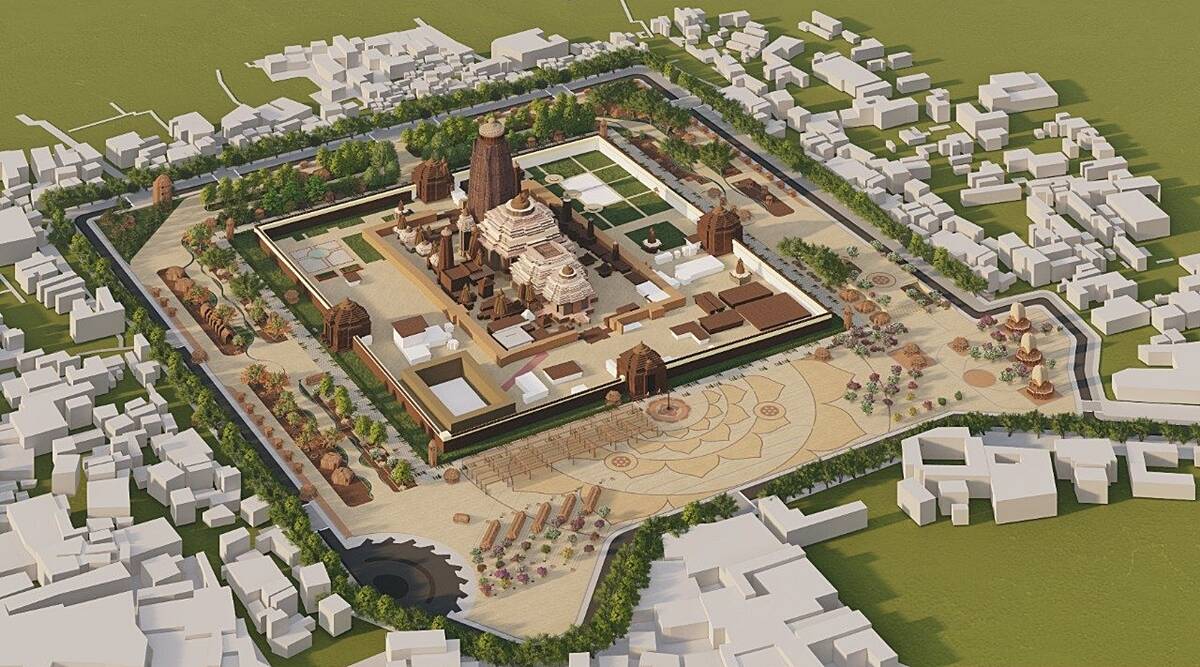 New Delhi. A five-member delegation of the Sri Mandira Suraksha Abhiyana met the Union Minister of Culture G. Krishna Reddy and submitted a memorandum on the irregularities being done in the Shree Jagannath Heritage Corridor project being undertaken at Puri. Earlier, the delegation had also met the Director General of the ASI and the Chairman of the National Monuments Authority.

Speaking to the Press, Anil Dhir, the spokesperson of the Abhiyana said that gross violations of laid down laws in the implementation of the proposed project poses an imminent threat to the structural stability of the temple and its walls.

The government has come up with plans to develop Puri as a World Class Heritage City Under the Augmentation of Basic Amenities and Development of Heritage and Architecture (ABADHA) scheme, at an estimated investment of Rs 3200-crore. For this, a massive demolition drive was started in August 2019 to clear encroachments from the 75 metres radius of the temple. After demolition of centuries old mutts and structures, the drive was stopped due to the Covid crisis but reassumed on the August 2020.

The chairman of the Shree Jagannath Temple Managing Committee and titular king of Puri, Dibyasingha Deb, had laid the foundation for the project at the end of a three-day-long yajna on November 24 last year in the presence of Chief Minister Naveen Patnaik. After the foundation stone was laid, construction work started at a brisk pace with pillars being erected close to the temple. The controversy came to the fore when experts objected to the use of heavy machinery for digging, since it could have an adverse impact on the 12th Century temple. Questions were raised whether NMA or ASI had given approval for such construction activity.

On February 21, 2022, the Director-General of ASI, Ms. V. Vidyavathi had visited the temple and inspected the project being executed around it. In her visit note, she had said “The proposed amenities fall within the prohibited area of the temple. Government was also requested to keep the entire design simple in tandem with the spiritual nature of the entire temple complex. It is matter of great concern that massive demolition and construction works are taking place within 100- 200 meters area of the temple. No permission of NMA and ASI has been taken. The work which is a threat to temple must stop”.

While the project has been taken up by the Odisha Bridge and Construction Corporation (OBCC) under the State’s Works Department, Tata Projects is the implementing authority. When peripheral development project was taken up, a consultative committee was formed in which the ASI was not given representation. Other mandatory requirements such as heritage impact assessment and ground penetrating radar survey had not been taken up. Giant earth-moving machines and excavators were being used for digging activities close to the temple. All this is posing a grave threat to the structural stability of the temple and its walls.

The Abhiyan demands for immediate stoppage of all activities and to constitute an expert team to evaluate the risk perspectives that such activities impose on the ancient temple. This is necessary to avert a colossal imminent mishap which will affect the sentiments of lacs of devotees. The Regional Director of the ASI at Bhubaneswar had gone on record in a reply to a RTI query stating that no permission had been accorded for the work that is in full sway. The coordinator of Sri Mandira Suraksha Abhiyana Binaya Kumar Bhuyan, Chancellor Central Agriculture University of Bihar Professor Prafful Mishra and Senior Advocate Ajit Patnaik were also present in the press conference.