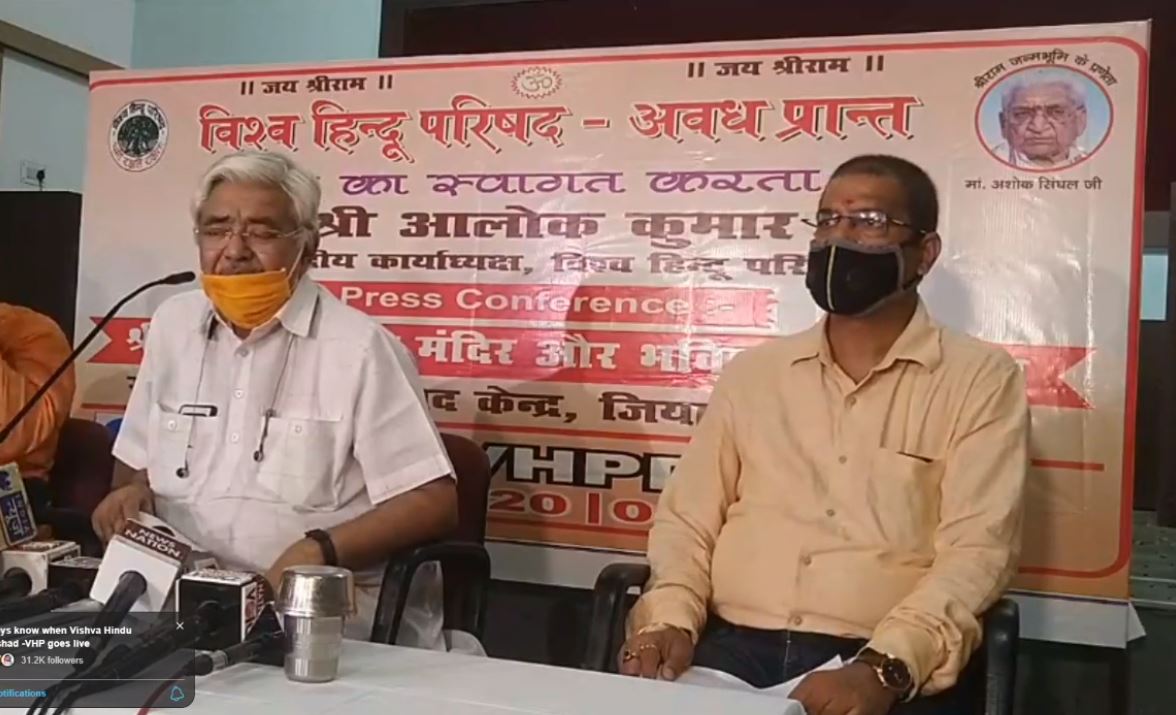 Lucknow. The working president of Vishva Hindu Parishad (VHP) advocate Alok Kumar today said that the foundation stone for the construction of a grand Temple at the birth place of Bhagwan Shri Ram was laid in 1989. However, the construction of the Temple was embroiled in the hurdles created by various governments, the manipulations by political forces and the long delays in the Courts. It is after about 31 years that the construction of the Temple shall now begin in the presence of the Hon’ble Prime Minister on 05th of August 2020. We hope that in about three years, the devotees may be able to worship Shri Ramlala in the sanctum sanctorum of the grand Temple. The whole country would rejoice in the worship of the national heroes.

We believe that this massive effort is not only to build one more Temple. This campaign is in fact for the establishment of ‘Ramatva’ in the whole world – for Ram Rajya. This cannot be achieved only by the government and all sections of the Society will have to join this mission.

He said that there was no poverty and sickness in the rein of Sri Rama. The Ramatava will descend by establishing a harmonious society based on equality where every person will be treated with dignity. Everyone would be assured with the food, clothing and shelter along with education and gainful vocations. The family values will be respected and everybody would have the opportunity to elevate himself to realize the Supreme Goal.

For this purpose, with the cooperation of Vishva Hindu Parishad (VHP) more than one lakh ‘Ekal Vidyalayas’ function in the country. The VHP shall speed up the spread of education, sanskar, sanitation, organic agriculture and self-sufficient villages through the ‘Ekal Vidyalayas’.

VHP shall in particular amongst the Schedule Castes and Schedule Tribes speed up the efforts for better education, health and income generating pursuits. The VHP shall, for this purpose, act as a ‘bridge’ between the govt. welfare schemes and the beneficiaries.

Alok Kumar said that Bhagwan Ram, during his wanderings in the forests seen the havoc caused by the terrorist demonic activities and unsuitable alien culture. He had vowed to end the terrorists from the earth, ‘Nisichar heen karahun mahi’. VHP will consolidate the power of the good to free the country from all forms of terrorism.

The VHP will also work to strengthen the traditional family system of Bharat wherein the families will become the centers of inculcation of human values and love towards each other. This would rid the problems of loneliness and depression.

VHP will also work for the development of the Cow and its progeny, cow-based products and organic agriculture. For this purpose, the VHP will strengthen the training infrastructure for Gau-Palaks and farmers.

VHP working president also said that Maryada Purushotam Shri Ram had constantly strived for the social harmony in his 14 years of exile. He had bare-foot visited all sections of the people, gave them his love and consolidated the Society. VHP is tirelessly working on the same ideals to bring about harmonious society. We shall build a Bharat which will embrace with love and friendship the Ahalayas, Shabris and Nishadrajs and will remove the fallacies of high and low. We shall have a society where there would be no appeasement or exploitation.

We are confident that with our collective efforts, we shall establish a self-confident and self-reliant Bharat to perform its mission of peace and happiness in the world, he added. 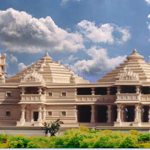