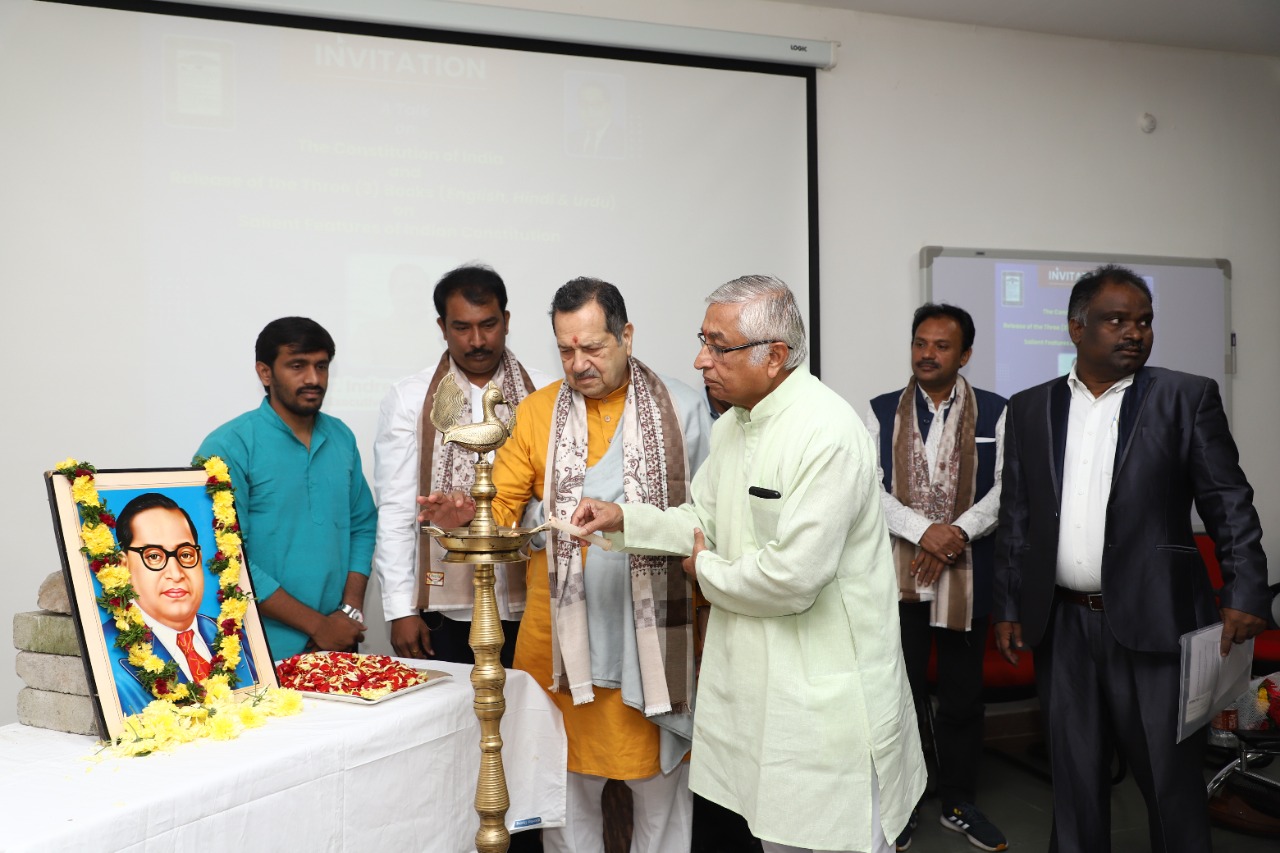 On this occasion, a Telugu book penned by All India Convenor of Samajika Samrasta vedika, Syam Prasad, was released by Banothu Kotaiah, an Associate professor at Urdu University, and the translated versions in Hindi, English, and Urdu were released by his friends.

Indresh Kumar Ji graced the event as chief guest and addressed the gathering. He said that God had imbibed diversity in His noble creation and our great Rishis realized the supreme truth which is unity (Ekatmata) and passed it to all mankind. Bharatiya culture has flourished on this earth as a system of peace and harmony without inequalities and feelings of difference, based on which the Indian Constitution has been framed.

He recalled that Muslims, Christians, Buddhists, Sikhs, etc., all religions, all castes, and people speaking all languages in this country have the same DNA in their blood. The mutual conflict between communities proved to be detrimental to the country’s progress. The Constitution says, everyone is equal before the law and all of us should respect the system in which we are an integral part. In the initial days of enforcing the Constitution, Dr. BR Ambedkar, along with four Muslim leaders, strongly opposed the incorporation of Article 370 and walked out of Parliament. All people in this country from Kashmir to Kanyakumari are Indians and our hearts should swell with pride with this feeling of oneness. We should strive for peace all over India and should work relentlessly to make this a noble place to live. Like Hindus, there are many cults and practices in Islam and Christianity too. In the spirit of “Awaaj do Hum Ek Hain” (Make Sound, we are One), despite all the diversities we should stay united and live together as Indians. It is great to know that just as Muslims believe Heaven is at Mother’s feet, Hindus from the time of Ramayan consider mother and motherland are more than Heaven. On 26 November 1949, the Constitution of India was adopted and this day being declared as National Constitution Day by PM Narendra Modi is commendable, the speakers said.

Speaking on the occasion, Syam Prasad Ji said, “During the Corona period, I thought of the need to briefly explain the Constitution to the present generation and it was the sole intention behind writing this book. Despite having a constitution rule in Countries such as Myanmar, Sri Lanka, and Pakistan were taken over by the Army and the military. But in India, it is because of people’s faith and participation, democracy is prevailing and the Constitution ensured the uplift of all marginalized sections in society. Efforts must be made to ensure that the fruits reach them.” 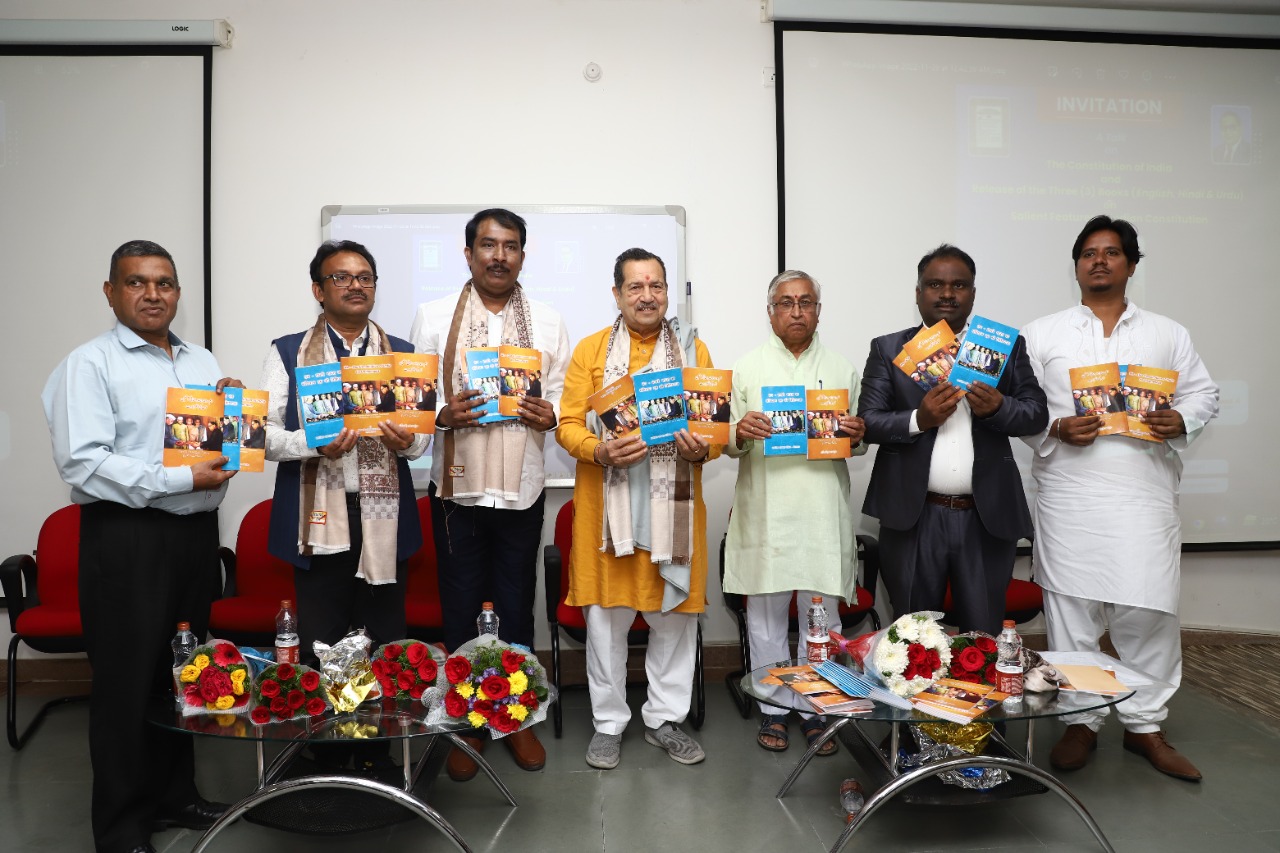 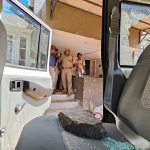