New Delhi. The Central Secretary General of Vishva Hindu Parishad, Milind Parande, said that the Chief Minister of Jharkhand, Sri Hemant Soren is committing the great sin of sabotaging the faith of the Vanvasi (forest-dwellers) society by confusing and bewildering them! The immature & thoughtless assertion of the Chief Minister that ‘The Adivasis were never ever Hindus, nor are they Hindus now!’, injures and upsets the belief and faith of our patriotic and Dharmnishth/devout forest-dweller brethren – and the VHP strongly condemns it! It seems that by denying the Vanvasi society its great personages – their share of the glorious historic credit of unique contributions to the causes of the country, Dharm and culture, he is sitting with and playing into the hands of the scheming and plotting Christian missionaries, communists and Naxalites. It shall never be acceptable!

He also said that the political leadership of society ought to make statements with great sense of responsibility and accountability. The planned and systematic sickening and despicable attempts that he is making to confuse, misguide and disorient the Vanvasi society – he will never ever succeed in this offensive disgraceful agenda! He must keep it in mind that the Vanvasi society has been in a principal role in protecting, preserving and promoting the causes of the country, Dharm and Bharatiya culture since times immemorial.

The country celebrates the illustrious Mata Shabari of the Ramayan and also Rana Poonja Bheel of Rajasthan – who supported Maharana Pratap in fighting the Mughal invaders. In Jharkhand, Bhagwan Birsa Munda was not only adept at practising the values of the Ramayana-Mahabharata, but also strongly opposed the conversion plotting of the British and the Christian missionaries. Rani Durgavati fought valiantly against the Mughals. Whether it were the freedom fighters Tantya Bheel and also Maharani Gaidinliu– who fought the British Raj – or the heroes like Siddhu-Kanhu and Budhu Bhagat of Jharkhand – they were all committed and dedicated to protecting the country-Dharm-culture and history is full of such countless glorious narratives, accounts, anecdotes and legends of heroes of Vanvasi society. The spontaneous devotion and dedication shown to Shri Ram Janmbhoomi Nidhi Samarpan Abhiyan in all nooks and corners of Vanvasi regions, including Jharkhand, itself is reflective of this devotion and nationalist outlook. Bhagwan Shri Ram had also sojourned and lived among these nature-loving-worshiping forest-dwelling communities for fourteen years. The sacred earth and holy water sent by our Vanvasi brethren from their holy sites and pilgrimage centres across the country for the construction initiation programme of the Temple of Nativity held at Ayodhya on August 05, 2020, also reflected their reverence for and identification with the umbilical cord as children of Maa Bharati.

The Chief Minister Soren must desist from dividing the heroic-serene Vanvasi society or attacking their indigenous faith for the sake of his petty political gains and vested interests! We will not let our great Vanvasi communities fall victim to any such sadistic agenda and trap! 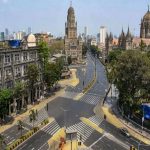 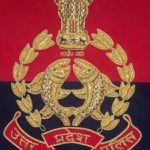