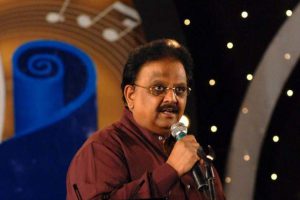 Chennai. In a noble gesture of love to Indian culture and tradition, legendary Singer SP Balasubrahmanyam handed over his house in Thipparajuvari Street in Nellore district to Sri Vijayendra Saraswathi Swamiji of Kanchi Matham.

The singer donated his house to establish a Sanskrit and Veda Pathashala. He was accompanied by his wife and other family members while presenting the ancestral homeŌĆÖs documents at the Matham.

Balasubrahmanyam is also notable for his immense interest in the works to propagate Sanskrit. The Legendary Singer is settled in Chennai and his house in Nellore was locked for several years.

Despite receiving many commercial offers for the house, he decided to give his house for such a remarkable notion.