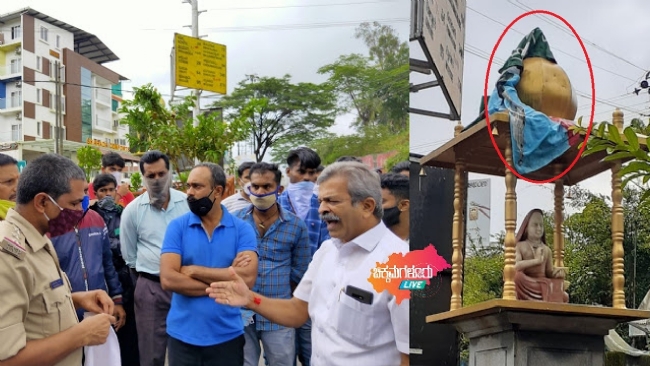 Bengaluru. While Jihadis in Bengaluru were rioting and destroying public property on Tuesday night, their counterparts elsewhere in the state are bent upon disturbing the communal harmony. Reports from Chikkamagaluru say that a Islamic flag with text written in Arabic was draped on the statue of Adi Shankaracharya in the holy city of Sringeri.

As per reports, on Tuesday night a gang of Islamists put a flag with Islamic text written in Arabic over the statue of Adi Shankaracharya at the Shankaracharya circle in Sringeri town. Such an incident is unprecedented in the history of Sringeri.

The incident came to light only on Thursday when the local residents noticed the Islamic flag. The flag was immediately removed while the devotees gathered at the spot and protested against the attempt to flare passions in the holy city. Former Minister Jeevraj and Hindu activists gathered near the circle on Thursday morning and demanded the arrest of the culprits.

The police visited the spot and registered a case. Reportedly, two Muslims youth Rafiq and Sahil have been detained on a complaint lodged by locals. And investigations are on. However, local leaders suspect it to be the handiwork of PFI or its sister organisations to disrupt communal harmony in Sringeri.

State Cabinet Minister CT Ravi has expressed strong warning to the culprits who were involved in the incident. He said that he has instructed the district police officers to take strict action against the culprits and urged people to maintain law & order.

One of the most holiest towns for Hindus in Bharat, Sringeri was the site of the first maṭha (Dakshinamnaya Sringeri Sharada Peetham) established by Adi Shankara in the 8th century CE. The town located on the banks of the river Tungā is also the centre for Vedic learning and one of most visited Hindu sites in the state. 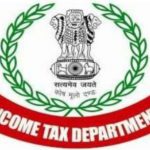