New Delhi. Union government has submitted an affidavit to the Supreme Court responding that states and union territories can declare religions and languages as a minority if their followers are less in number in that particular state or UT.

The Union government has made the submission in an affidavit which was filed in response to a 2020 PIL by advocate Ashwini Upadhyay. In his petition, Upadhyay said that as per the 2011 Census, Hindus are a minority in Lakshadweep, Mizoram, Nagaland, Meghalaya, Jammu & Kashmir, Arunachal Pradesh, Manipur, & Punjab and that they should be given minority status in these states in accordance with the principle laid down by the Supreme Court in its 2002 TMA Pai ruling.

In an important judgment in the 2002 TMA Pai case, the Supreme Court had said that for the purposes of Article 30 of the Constitution, which deals with the rights of minorities to establish and administer educational institutions, religious and linguistic minorities have to be considered ‘state-wise’.

In 2017, after prodding by the Supreme Court, it had submitted that it “does not have the jurisdiction to deal” with the request of any community to be declared minority and that under Section 2(C) of the NCM Act, only the Centre can declare a community as a ‘minority’.

A similar petition of Upadhyay was earlier dismissed by then CJI SA Bobde.

Defending its stand in the Supreme Court, the Union government had submitted that Maharashtra had notified Jews as a minority community in 2016, and Karnataka had notified Urdu, Telugu, Tamil, Malayalam, Marathi, Tulu, Lamani, Hindi, Konkani and Gujarati as minority languages.

“So…matters such as declaring (that) the followers of Judaism, Bahaism, and Hinduism who are minorities in Ladakh, Mizoram, Lakshadweep, Kashmir, Nagaland, Meghalaya, Arunachal Pradesh, Punjab and Manipur can establish and administer educational institutions of their choice in the said state and laying down guideline(s) for identification of minority at state level may be considered by the concerned state governments,” the Union government submitted.

The Supreme Court is expected to take a call on the submissions in the next hearing. 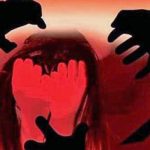