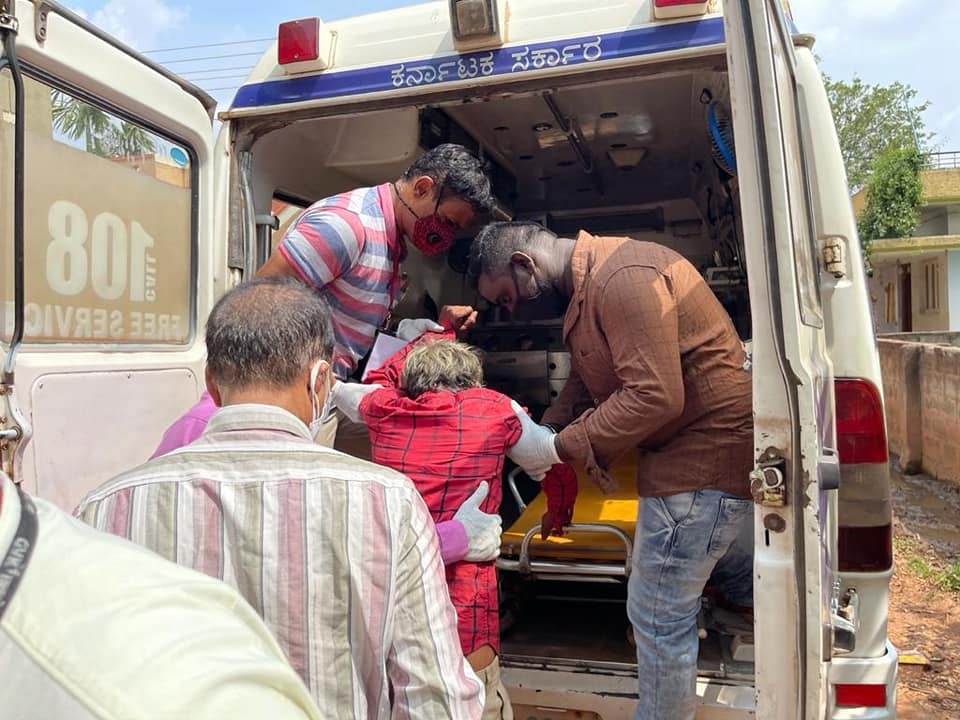 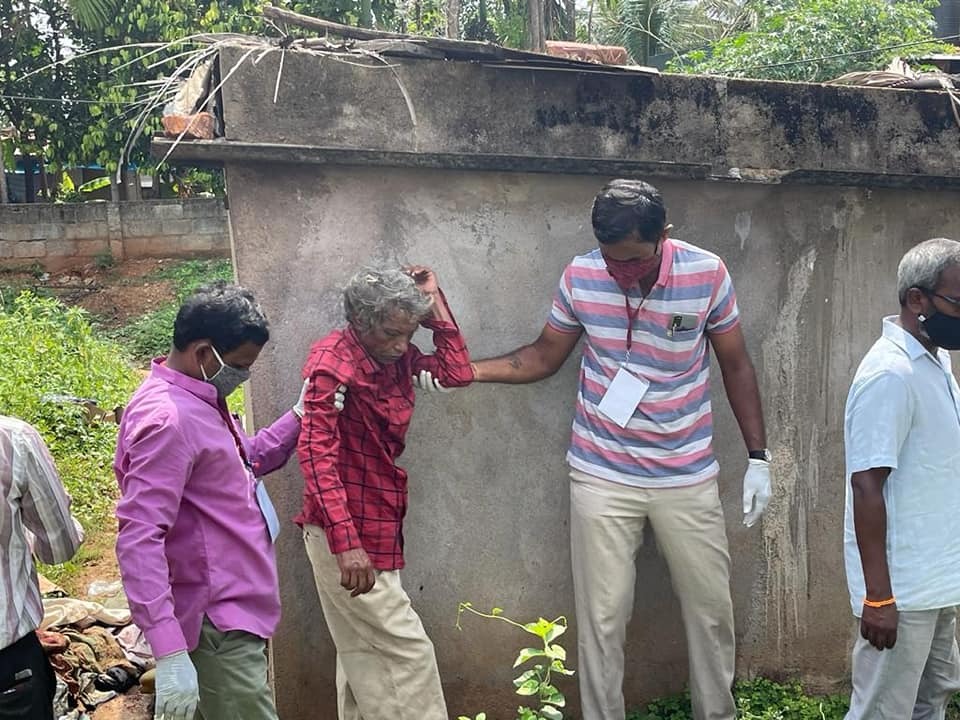 Bengaluru (VSK).
Just when I had reached the depths of disappointment and disgust at the state of our system and all that’s happening around us, the news of a man who was saved from certain death lifted my spirits.

My friends Somesh Pattanakodi, Manjunatha Makkalageri, Ganesh Bhosle, Lingaraja Nayanar, Nagaraja Bail Ganagera, Hanumanta Kademani and Gurushantayya Hiremath living in Dharwad received a ghastly news that 61 year old Nagaraj Sajjan was lying dead from three days and the cause of death was COVID-19. They all rushed to the spot to see how they could help.

People living around the shed told them that Nagaraj lived by himself in an old dilapidated shed eating what neighbours gave him. Recently he seemed to have lost his mental balance and behaved so. Since they hadn’t seen him from the past three days and an unbearable stench was emanating from the shed, everyone assumed that he must have surely died.

But the truth was something else, to the shock of my friends, they saw a man living like an animal. Nagaraj Sajjan was lying naked, starved and dehydrated, barely hanging on to life.

As they tended to him Immediately, clothed him, they also found out that he has a brother in Hubballi. Upon speaking to him, they found out that Nagaraj was indeed living in a relatives property. They rushed him to a hospital in an ambulance, got all the necessary tests for COVID done. First aid, glucose and saline were administered. Then they took him to a psychiatric hospital in Dharwad and admitted him there. They informed his family of his present condition and also followed up by visiting the hospital every day.

It was indeed heartening to see that he was stable and feeling much better on the second day itself. In this gloomy setting of the mutated COVID virus and the fast-spreading deadly black fungus, these people selflessly rushed to this man’s help without even thinking of themselves and their families. The Swayamsevaks of RSS can be compared to the twigs that burn in the holy fire which we call a ‘Yagna’.

This team has performed the last rites for 12 people living in and around Dharwad in two days, four out of these 12 have died of covid. They have given the respect a dead person deserves. These men are indeed warriors. They have proven that humanity exists even in the worst of times. Their selfless act has provided solace to the families of the dead. They have restored my faith in humanity. I pray to God to give them health and peace. As long as there are people like them, the world will be a brighter place full of light shone by brave hearts like them. These are indeed God’s men. 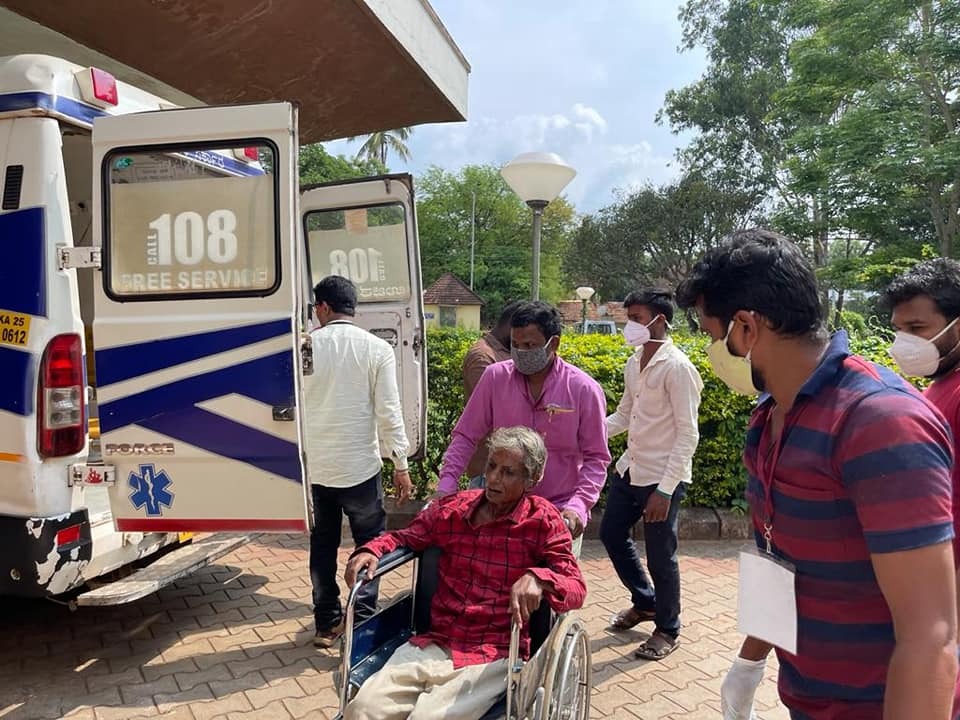