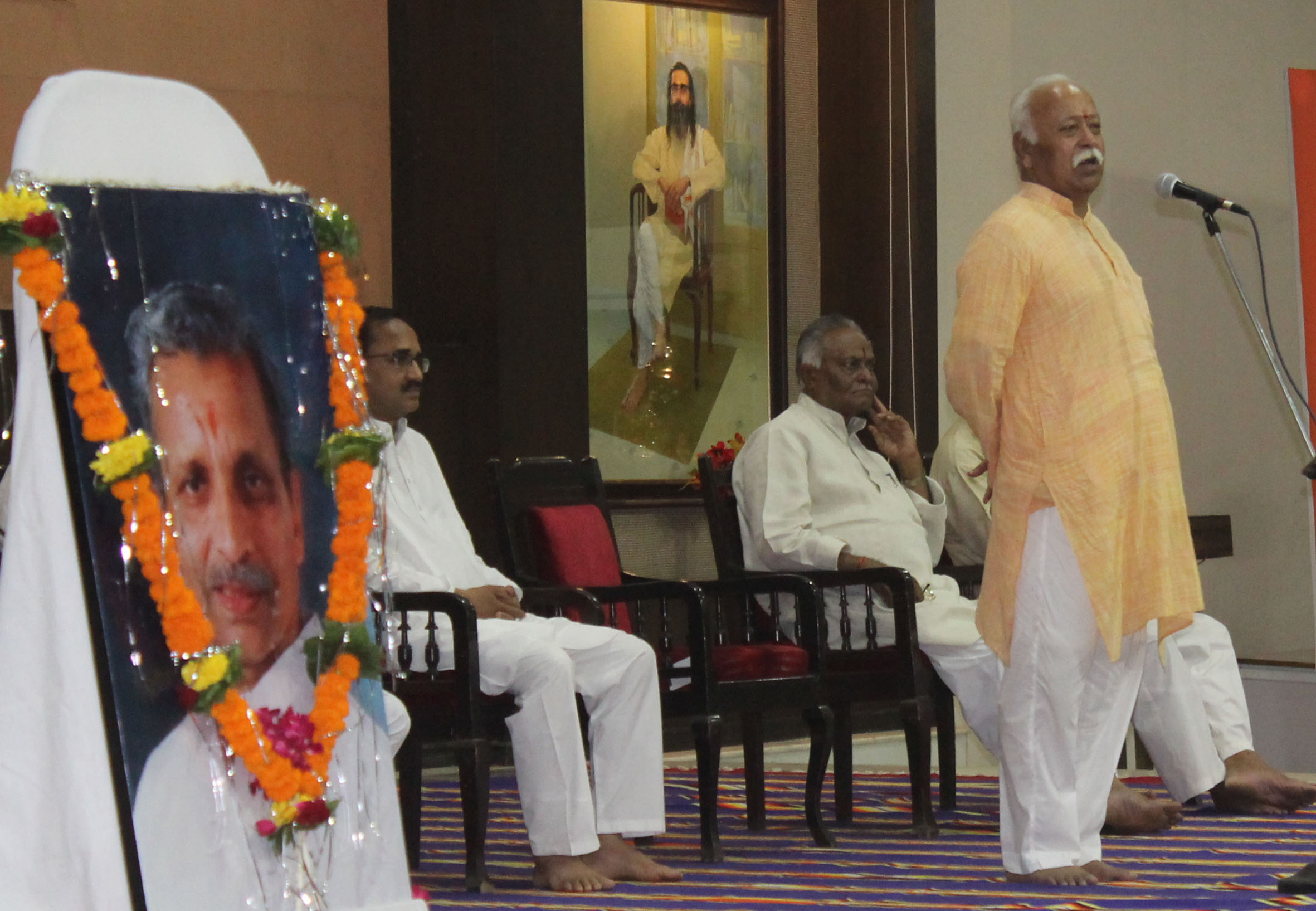 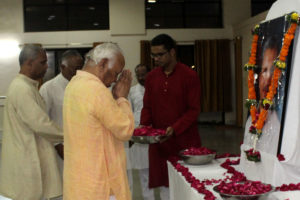 Nagpur. Senior pracharak and former Sharirik Pramukh Sureshrao Ketkar was a sparkling example of a perfectly dedicated life. He relentlessly worked for the nation and the society. He accepted, adopted and imbibed the RSS in his personality and lived for it all through his life to maintain a flow of its tradition. A firm resolve to continue with that tradition will be the true tribute to this great soul, said Sarsanghchalak Dr. Mohan Bhagwat Ji here on Thursday. Sarsanghchalak Ji was speaking at a condolence meeting organized to mourn the loss of Sureshrao Ketkar Ji who passed away recently at Latur after a prolonged illness. 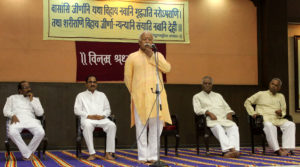 Recalling the virtues and qualities of the late Suresh Ji, Dr. Mohan Bhagwat Ji said that though Sureshrao Ji left this mortal world, he would never cease to exist through his works, and the mission he worked for. He was so dedicated to his mission, that even after suffering for Parkinson’s disease, Ketkar Ji in spite of memory loss, would recall his Bouddhik correctly point by point in the perfect order. This continued till he breathed his last.

He said that Ketkar was forced to take rest by the doctors attending him because he was very much eager to carry on with his work in spite of his falling health. Dr. Bhagwat Ji also recalled his association with Ketkar Ji and narrated some incidents that spoke about his qualities as RSS pracharak and a nice individual. He said that when Ketkar Ji imbibed the values he used to tell the swayamsevaks to follow. He would take excessive labour for imbibing those qualities in his person. Ketkar Ji was a self-disciplined swayamsevak who would always ensure perfection in his actions and works, be it delivering a bouddhik to the swayamsevaks or making his uniform perfect as Akhil Bhartiya Sharirik Pramukh. His endeavour was aimed at perfection and excellence. Once he had to deliver a lecture in Kerala and everyone insisted that it should be in English. Suresh Ji not only translated all his notes into English but created an audio cassette and listened to it multiple times to ensure that the lecture will be flawless. 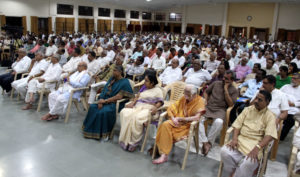 At a senior age also, he participated in a semi marathon and completed it by running 15 kms at a stretch. He was very strict in maintaining discipline, careful about the qualities of each and every swayamsevak and made efforts to hone them with motherly affection and concern. Sureshrao Ketkar Ji was a role model for all RSS swayamsevaks and those associated with various other organizations to follow in their life, Sarsanghchalak Ji said.

Dr. Bhagwat Ji also recalled Ketkar Ji’s style of careful scrutiny of facts and events while working on several projects that included among others making a film of RSS founder Dr. Hedgewar’s life. Those who came in contact with Ketkar Ji even for a brief period cannot forget him. He left a permanent imprint of his character, work and personality on everybody’s mind and heart. He was a true RSS volunteer by his body, mind and soul.

Shridhar Gadge made introductory remarks and cited some of the best qualities of Ketkar Ji and shared some of his memories. 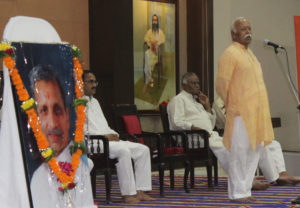