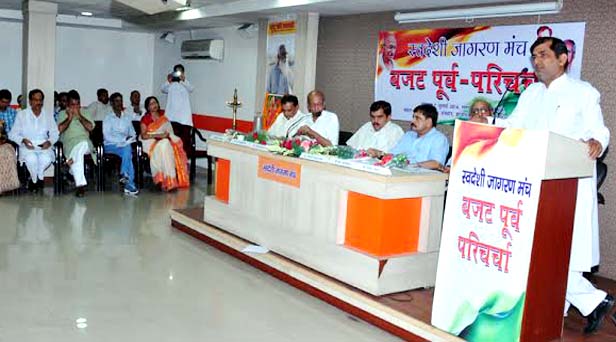 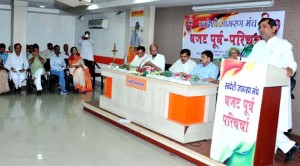 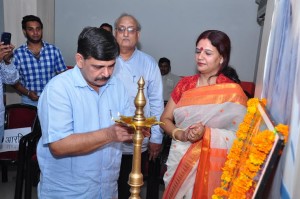 Dr. Bhagwati Prakash Sharma, vice chancellor, said that 47 percent of P. Chidambaram’s projected figure of fiscal deficit has already been exhausted in first two months of the current fiscal year. At the end of the year this deficit may go up to much higher level, worsening the inflation further. He stressed at rationalizing the government expenditure. He cautioned the government on the methodology for disinvestment, which the government has been contemplating to raise funds. Citing global examples, he said that retail sale of equity of public sector undertakings including the loss making enterprise would be the best policy of disinvestment.

Dr. Bharat Jhunjhunwala speaking on the issue of inflation said that though inflation is a matter of concern, however if from rising prices of food products, farmers get better value for their produce, then there should not be any objection. We should rather try to control inflation in manufactured products, may it be toiletries, medicines or any other household goods. He opined that if farmer gets remunerative price for his products his condition would improve. He also stressed that resource rich middle class should be made to sacrifice in the interest of poor masses of rural and urban India.

Dr. R. Balashankar while commenting on the conspiracy and game plan of international financial institutions including world bank, blamed these institutions for actually weakening India by imposing anti people conditionalities. Last two decades have witnessed the worst role of these international institutions. In the name of globalisaton, Indian resources have been looted by the MNCs. He said that government should come out of the mindset of FDI and try to embark upon the development model based on domestic resources and Indian genius.

Prof. Shivaji Sarkar criticized the project of bullet train, as stipulated by the government. He opined that it would be better if the government provides better train services to the commoners, instead of embarking on capital intensive projects like this. Instead of providing luxury of bullet train, we need to provide essential services like health, education and others to the common man. 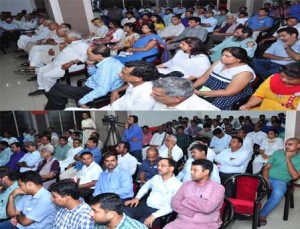 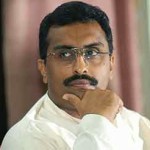