Chennai.Tamil Nadu chief minister J Jayalalithaa said on July 16 her government would bring in legislation to put an end to the practice of denying entry to dhoti-clad people into clubs in the state.

In a suo motu statement in the assembly, Jayalalithaa criticised the Tamil Nadu Cricket Association club for denying entry to a sitting judge of the Madras high court as he was wearing the dhoti, the traditional Tamil attire. She dubbed the act as “sartorial despotism.”

She said the government would bring in a legislation to put an end to these issues in future since there are reports of clubs in the state following similar practices. “If the clubs act against Tamil culture in future, the government will resort to cancel licences granted to them,” she said, amid thumping of desks from the benches.

Jayalalithaa said the bylaws submitted by the TNCA to the Registrar of Societies had no mention of the dhoti. 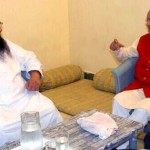