Kerala (VSK). Tamil Nadu Police seized an amount of Rs 10 crores which was meant for bail purposes of Popular Front of India (PFI) leaders who are booked for violence in Kerala in connection with the recent hartal. The monies were collected from Chennai and Mannadi. Police caught the consignment while it was being loaded into the lorry. Ashok Leyland lorry with Kerala registration and Hyundai car with Tamil Nadu registration have been seized.

Car belongs to Nissar Ahmed, owner of Sameer Pardah Shop near Manadi, Chennai. Nissar Ahmed told the police that he gave the money as instructed by Riyaz, his friend in Dubai. Nissar Ahmed and drivers Vaseem Akram, Sarbudeen and Nissar were caught while handing over the money.

Kerala High Court had ordered for stringent actions, against the culprits, in connection with the violence-packed PFI hartal. High Court had ordered that PFI and its state general secretary A. Abdul Sathar should pay the State Home Ministry Rs 5.20 crores, within two weeks, to compensate the losses incurred by the state government and the Kerala Road Transport Corporation (KSRTC) due to hartal.  High Court also ordered to include Sathar as accused in all cases filed under various courts in connection with hartal violence.

Division Bench, consisting of Justice A.K. Jayashankar Nambiar and Justice C.P. Mohammed Niyaz, has issued the order considering the KSRTC petition also, for Rs 5.6 crores, as compensation for the damages incurred by its vehicles, etc. during the violent PFI hartal.  If the money is not deposited in a fortnight, the amount should be recovered from the assets of the PFI officer bearers including the general secretary. They should also bear the excess amount which may come up when the compensation claims settled in due time.

High Court ordered the magistrate and session courts to see that the condition, for the payment of compensation amount while granting bail to those who are arrested throughout the state in connection with the violent PFI hartal, is strictly adhered to. 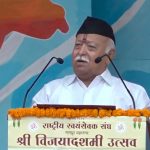