As India grapples increasingly with changing social and religious circumstances, Raja Rammohan Roy’s work in women’s emancipation, modernizing education, and seeking changes to religious orthodoxy finds new relevance in this time. He was the founder of the Brahm Samaj, one of the first Indian socio-religious reform movements. He played a significant role in abolishing the ritual of Sati. Raja Rammohan Roy was a great scholar and an independent thinker. He advocated the study of English, Science, Western Medicine, and Technology. He was given the title ‘Raja’ by the Mughal Emperor. Raja Rammohan Roy was born on May 22, 1772, in the village Radhanagar in the District of Hooghly in Bengal. His father, Ramkant Roy, was a Vaishnavite, while his mother, Tarini, was from a Shakta background. Raja Rammohan Roy was sent to Patna for higher studies. By age fifteen, Raja Rammohan Roy had learned Bangla, Persian, Arabic, and Sanskrit.

Raja Rammohan Roy was against idol worship and orthodox Hindu rituals. He stood firmly against social bigotry, conservatism, and superstitions. But his father was a traditional Hindu Brahmin. This led to differences between Raja Rammohan Roy and his father. Following of disagreements, he left the house. He wandered around the Himalayas and went to Tibet. He travelled widely before returning home.

After his return, Raja Rammohan Roy’s family married him, hoping he would change. But this did not have any impact on him. Raja Rammohan Roy went to Varanasi and studied the Vedas, the Upanishads, and Hindu philosophy intensely. When his father died in 1803, he returned to Murshidabad. He then worked as a moneylender in Calcutta, and from 1809 to 1814; he served in the Revenue Department of the East India Company.

In 1814, Raja Rammohan Roy formed Atmiya Sabha. Atmiya Sabha tried to initiate social and religious reforms in society. Raja Rammohan Roy campaigned for rights for women, including the right for widows to remarry and women to hold property. He actively opposed the Sati system and the practice of polygamy.

He also supported education, particularly for women. He believed that English-language education was superior to the traditional Indian education system and opposed using government funds to support schools teaching Sanskrit. In 1822, he founded a school based on English education.

In Makers of Modern India (Penguin Books, 2010), a book that profiles the “work and words of the men and women who argued the Republic of India into existence,” its editor, Ramachandra Guha, writes, “Roy was unquestionably the first person on the subcontinent to seriously engage with the challenges posed by modernity to traditional social structures and ways of being. He was also one of the first Indians whose thought and practice were not circumscribed by the constraints of kin, caste, and religion.”

He wrote extensively on various matters of theology, polity, and human rights and translated and made accessible Sanskrit texts into Bengali. “Rammohan did not quite make a distinction between the religious and the secular. He believed religion to be the site of all fundamental changes. What he fought was not a religion but what he believed to be its perversion. (Rabindranath) Tagore called him a ‘Bharatpathik,’ by which he meant to say that Rammohan combined in his person the underlying spirit of Indic civilization, its spirit of pluralism, tolerance, and cosmic respect for all forms of life,” says historian Amiya P Sen, Sivadasani Fellow at the Oxford Centre for Hindu Studies, Oxford, the UK, whose Rammohan Roy: A Critical Biography (Penguin, Viking, 2012), remains a definitive work on the man who was a key figure in India’s journey into modernism.

Even though the British consolidation of power was still at a nascent stage in India at the time, Roy could sense that change was afoot. Confident about the strength of his heritage and open to imbibing from other cultures what he believed were ameliorative practices, Roy was among India’s first liberals. In his biography of Roy, Sen writes, “…his mind also reveals a wide range of interests, rarely paralleled in the history of Indian thought. He was simultaneously interested in religion, politics, law, jurisprudence, commerce and agricultural enterprise, Constitutions and civic rights, the unjust treatment of women, and the appalling condition of the Indian poor, and he studied matters not in the abstract or academic solitude but with the practical objective of securing human happiness and freedom. That made him a modern man.”

In 1814, he started the Atmiya Sabha (Society of Friends) to nurture philosophical discussions on the idea of monotheism in Vedanta and campaign against idolatry, casteism, child marriage, and other social ills. The Atmiya Sabha would make way for the Brahmo Sabha in 1828, set up with Debendranath Tagore, Rabindranath Tagore’s father.

During his time in Kolkata (formerly Calcutta), a period of about 15 years, Roy became a prominent public intellectual. He campaigned for the modernization of education, particularly the introduction of a Western curriculum, and started several educational institutions in the city.

In 1817, he collaborated with Scottish philanthropist David Hare to set up the Hindu College (now Presidency University). He followed it up with the Anglo-Hindu School in 1822 and, in 1830, assisted Alexander Duff in setting up the General Assembly’s Institution, which later became the Scottish Church College.

His relentless advocacy alongside contemporaries such as Ishwar Chandra Vidyasagar finally led to the abolition of Sati under the governor general ship of William Bentinck in 1829. Roy argued for women’s property rights and petitioned the British for freedom of the press (in 1829 and 1830).

His Brahmo Sabha, later the Brahmo Samaj, evolved as a reaction against the upper-caste stranglehold on social customs and rituals. The Bengal Renaissance ushered in sweeping social changes. It birthed the Brahmo religion, a reformed spiritual Hinduism that believes in monotheism and the uniformity of all men, irrespective of caste, class, or creed.

In 1831 Rammohan Roy travelled to the United Kingdom as an ambassador of the Mughal emperor to plead for his pension and allowances. Raja Rammohan Roy passed away on September 27, 1833, at Stapleton near Bristol due to meningitis. 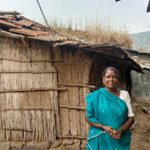