Chandigarh. VHP Joint General Secretary Dr. Surendra Jain said today that the VHP salutes and welcomes the voice raised by the Shiromani Gurudwara Prabandhak Committee (SGPC) President Bibi Jagir Kaur and the Akal Takht Jatthedar Giani Harpreet Singh ji against the illegal religious conversions being carried out by the Church in Punjab. He said that the VHP assures all cooperation in this campaign to stop the conversions. The conversions being carried out by the Church is a curse on the holy land of the whole of Punjab. A befitting reply will definitely be given to this. VHP takes a pledge to completely end this nefarious conspiracy and make Punjab a conversion-free state.

Addressing a press conference, he said that the history of Punjab is the history of struggles and sacrifices to protect Dharma. The venerated and celebrated Gurus not only gave inspiration for the protection of Dharma but also made spirited and indomitable struggles. The ultimate sacrifices of the Guru putras for the cause of Dharma and the country cannot be forgotten. The sacrifice of the Dharmaveer young blood Haqeeqat Rai continues to inspire the whole country even today. The proselytizing missionaries show the audacity not only to humiliate these sacrifices but also the teachings of the Gurus.

He said that Christian missionaries use only force, fraud and allurement to do horizontal religious conversions. If the Changai Sabhas (Abracadabra Healing Congregations) really do heal people, then why are their pastors hospitalized when they are sick? Many padres/chaplains/priests also lost their lives to the infection of COVID-19 pandemic. When no Abracadabra Healing Session could cure even their loved ones, then why do they fool the innocent people of Punjab? The VHP leader challenged the missionaries that thousands of patients with serious diseases are admitted to hospitals in Punjab and the missionaries should prove their power by healing them all.

The scriptures of Sikhs and Hindus have precious messages for the welfare of entire humanity, which the whole world accepts. How can any person with power of discretion and with his/her head on his/her shoulders deliberately leave the light of his/her own time-tested holy scriptures? Do the missionaries not commit the great sin of sacrilege against the scriptures of Sikhs and Hindus by saying that the Bible is superior to our holy books? The news of sacrilege of a holy book a few years ago by a ‘degenerate’ family is not too old.

VHP said that the church has become infamous all over the world. Recently, a French commission released an exploratory but horrifying report that revealed that more than 330,000 children were sexually abused by padres. Even the Vatican City is no exception to the allegations of sexual abuse of nuns. In India, several nuns have even committed suicide because of this. Bishop Franco of Jalandhar is accused of sexually assaulting nuns and is facing trial in a Kerala court. Churches all over the world are apologizing for the sins of their priests, but when Bishop Franco was granted bail, the Christian community of Punjab had shamelessly welcomed him with great fanfare. The Sikh and Hindu society of Punjab cannot tolerate this shamelessness and characterlessness of the Church.

VHP is confident that after this initiative by the SGPC and the Akal Takht in protest against conversions, now there will be a complete stop on conversion in Punjab. VHP welcomes Shiromani Gurdwara Prabandhak Committee’s decision to take out 150 Jatthas and urges that VHP workers should also be included in these Jatthas/batches. VHP and Gurdwara Prabandhak Committee together can make Punjab completely free from this curse of conversion.

VHP also appeals to the Punjab government to enact an anti-conversion law, respecting the sentiments of the Punjabi society and the traditions of the Gurus. We warn the missionaries to immediately stop the conversion activities or else they will be forced to pack up and leave Punjab. By apologizing for the sins of Bishop Franco and other priests, they should confess and tell the world that now the Church of India is also serious about chastising and civilizing their missionaries. 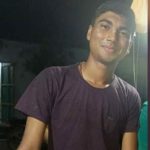