Kolkata. On the 4th phase of the West Bengal Poll, Bhangor, Metiaburuz, Budge Budge & Maheshtala would elect their corresponding MLAs. Demography of all 4 Assemblies of South 24 Parganas has significantly changed resulting in gross denial to the State’s law and order from a large section of people of these Assemblies.

Metiaburuz is a particular area of Kolkata where the Police directly refused to enter in spite of the Calcutta High Court ordered them to do so. Given below the apparently incredible story of Metiabruz, a notorious place near Khidirpur dock where Policemen get assassinated in open broad daylight, where Vinod Das’ daughter Guria got lost forever & the Police advised him to forget his daughter.

“Impossible, we can’t raid the house and recover your daughter.” Uttered Gopal Mondal, investigating officer of Garden Reach police station, “who will ensure my security?’ Punam kumari Das alias Guria was missing since June 10, 2017 (FIR No.132 dated 10/06/17 of Garden Reach PS under section 363 of IPC). Vinod Das, father of the minor Dalit girl lodged a verbal complaint at police station. On June 7, 2017 morning, police recovered the girl initially from the residence of Korban Ali. His son Mintu Sheikh confessed his crime but the police didn’t take any action against him. In all the Assemblies named above, taking action against a particular community is ‘prohibited’. By whom? The ruling party under the rule of Mamata Banerjee & her nephew. These Assemblies fall under Abhishek Banerjee’s jurisdiction & known as his Fortress. However, within a couple of days, the minor girl Guria was abducted again. Guria’s father, Vinod Das is a conservancy staff of Kolkata Corporation belonging to schedule caste community (sub caste Mochi). Poor father rushed to the police station and lodged a formal written complaint when Police expressed their helplessness. They wouldn’t dare to recover a girl from a particular community’s den. The State Power surrendered to an organized evil force.

Kidnapping Dalit girls, rape/ molestation of poor Hindu girls have become very common phenomena in West Bengal. While elite Kolkata raises slogans against rape incidents in Uttar Pradesh, they remain tongue-tied about horror incidents happening in West Bengal & Kolkata. Elites do not have even traces of hesitation to compare today’s Bengal with Uttar Pradesh while Kolkata, once, was called the Cultural Capital of India & was never comparable to Uttar Pradesh in crime records. On the contrary, today’s Bengali Elites be vociferous against Hathras & Unnao maintaining deafening silence about torture on innumerable Dalit girls of West Bengal. About the organized attack on Visva Bharati University, a theatre worker, Kaushik Sen said, “we won’t protest against this now as that would benefit BJP”.

From Kamduni to Hnaskhali, victim girls generally belong to the Dalit community. In so-called “progressive” and “liberal” state West Bengal too, Dalit girls are easy prey! In most cases victim families neither have the money nor have the courage to fight against communal goons. Seldom did they knock on Court’s door. Md. Masrek Ali, Officer-in-charge of Gardenrich police station was kind enough to advise Vinod to forget his daughter.

Forgetting his only daughter was not very easy task for Vinod. After his wife’s demise, little Guria was the only thread to life for Vinod on earth. He was wondering like a vagabond, narrating his pain to everyone. In December, 2017, he was introduced to a young lawyer of Calcutta High Court, Uday Chandra Jha, who agreed to file a suit free of cost. The sue was filed in Calcutta High Court on January 16, 2018 ( W.P. No. 1175(W) of 2018, RC, Calcutta HC). On February 2, the Court ordered the Police to submit a report on the next hearing on February 16. The Court order revealed, “Learned advocate for the state submitted that, despite the best of the efforts, the victim girl could not be recovered. The police have also sent information to the private respondent through Garden Reach police station. The response is awaited”. The complaint was lodged on June 10, 2017 and Police finally declared their incapability on February 16, 2018. Obviously, the Court was not happy. Justice Debangsu Basak instructed Deputy Commissioner (Crime), Kolkata Police to “ensure a raid is carried out at the premises identified by the petitioner”. The police were supposed to submit their affidavit on February 28, 2018. Incidentally, the lawyers’ strike had kept Calcutta High Court shut from February 19 & Guria couldn’t be recovered.

Nevertheless, Vinod had been asked to report several officers at 18, Lalbazar Street, the Head Quarters of Kolkata Police. On April 9, the Police arranged a Test Identification parade at Lalbazar. Police produced Mintu Sheikh over there. Meenu (name changed), the niece of Guria, clearly identified him in TI parade. Interestingly, the police allowed Mintu to flee away after a trivial lathi charge upon him. On April 11, Vinod appeared before Md. Alam, an officer at Lalbazar. According to Vinod, Alam mentally tortured him for taking the matter to the Court of Law.

What is so special about Garden Reach? Why Kolkata Police doesn’t dare to raid any place in Khidirpur, Metiabruz or Garden Reach area, without taking permission from local “bosses”? Who are those “bosses”? Firad Hakim, minister and local MLA proudly describes the area as “Mini Pakistan” (Dawn, April 29, 2016). A densely populated riverside area, full of illegally constructed 5/6 storied buildings, small and big mosques, with every mosque having an adjacent space for open cow slaughter beautified with glazed tiles by Kolkata Corporation. Narrow dirty lanes, big yellow pieces of beef are displayed all day long at the entrance of every lane. Indeed, Indian police administration is helpless and unsafe in this locality. TMC is sincerely carrying the legacy of earlier LEFT Front government.

On March 18, 1984 Vinod Mehta, Deputy Commissioner (Port) was murdered in this area. “In broad daylight, watched by hundreds, Deputy Commissioner of Police (Port) Vinod Kumar Mehta, 35, and his bodyguard Moktar Ahmed Khan, 36, were dragged into a narrow lane by a mob. Four hours later, their mutilated bodies were discovered… The deputy commissioner’s naked body lay in a drain with his eyes gouged out……..” reported Sumanta Sen in India Today, April 15, 1984. Left-front leader Kalimuddin Shams was linked to the brutal murder of a brave IPS officer. However, the Jyoti Basu government hushed up the heinous crime. History repeated itself when in 2013, local Trinamool Congress leader Mohammed Iqbal alias Munna killed sub-inspector Tapas Chowdhury in open day light in the same area. As a matter of fact, there is sufficient reason for Md. Masrek Ali or Gopal Mondal of Garden Reach police station to feel scared.

Kolkata police couldn’t recover the minor girl even after the intervention of the Calcutta High Court. Social media became active with a demand for the recovery of Guria. Interestingly, Police immediately took steps to stop the voice of protest. On April 17, Praveen Tripathi, Joint Commissioner (Crime) tweeted “A false rumour being spread on social media about a missing minor girl held captive in a Metiabruz house and police being afraid of raiding house. Don’t believe in rumours being spread to create communal tension. All indulged in spreading rumour wud be severely dealt with”. Vinod Das and his family members were shocked and surprised by the reaction of the Kolkata Police.

Vinod narrated the whole story in front of the media on April 18, which made the Police proactive. On April 19 morning, Police called Pappu Das, nephew of Vinod Das at Lalbazar. Police showed him picture of a dead body in the computer monitor, photograph of a putrefied female body. Pappu couldn’t identify the person as his cousin sister Guria. The next day, Garden Reach Police brought him to Lalbazar again. He had been shown the same photograph of the unidentified dead body. After a daylong interrogation, Pappu returned home empty-handed.

Calcutta took a major role in establishing the rights of the women during Indian renaissance. The city of Raja Rammohan Roy and Iswar Chandra Vidyasagar now remains stranded with unanswered questions such as:

Metiabruz is a prime landmark in the map of the Jihadi Face of West Bengal which must be thoroughly explored with unmatched might, not only for Bengal but for the security of whole India.

Bhangor is an assembly where Modassar Hossain of Trinamool Congress is giving a clarion call in front of Media that except known & time tested TMC voters, none else would reach polling booth. Keeping Modassar beside, TMC Rajyasabha MP Subhashish Chakraborty was found scrutinizing booth wise voter lists in a viral video where he declared Hindus of corresponding booths won’t be able to vote. However, this is a partial picture of Bhangor. CPI (ML) people, being stationed in Bhangor, had successfully disrupted the huge Project of Power Grid Corporation India Limited in the name of Jami, Jibika, Poribesh O Bastutantra Raksha Committee (Committee to protect land, livelihood, environment and ecosystem). Police entered Bhangor on January 17, 2017 & subsequent clash took lives of 2 persons. In reality, this was a politically motivated obstacle against real development of Bhangor by means of a huge Project of PGCIL. This incident indicated Radical Islamists-Urban-Naxal deadly combination was operative in Bhangor just a in Delhi Riots Radical Islamists & Ultra-left Organizations like Pinjra Tod were active. Bhangor repeated once again in 2017 the standard modus operandi by which West Bengal had been dragged backward in all sectors in last 60 years.

Places of Budge Budge & Maheshtala allegedly store arms & bombs. Interiors of Budge Budge are known for manufacturing fire crackers. However, not only festive crackers & playthings, they do lethal crackers too. Moreover, these places are Fortress of Abhishek Banerjee where men allegedly continued black selling of liquor at the time of lockdown & store illegal weapons aplenty.

After a Doctor of Nil Ratan Sircar Medical College & Hospital, Dr. Paribaha Mukherjee was severely attacked by the people of a particular community in June 2019 & a stiff standoff resulted between CM Mamata Banerjee & the doctors thereafter (as she couldn’t take befitting steps against perpetrators), strong demand for President’s Rule in West Bengal was raised by common people. Sources on the ground reported at that time that different sorts of weapons & arms were being dispatched from Maheshtala area in small consignments. People deep at night were carrying those consignments in bicycles to different parts of Kolkata. Such preparations were perhaps being taken to kick start outrageous mayhem in parts of Kolkata. The news was served at the right moment to the right place & the vicious plan failed.

All these Assemblies are going on Poll on April 10. Did Election Commission ever face comparable challenges elsewhere in India? 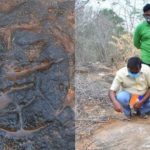