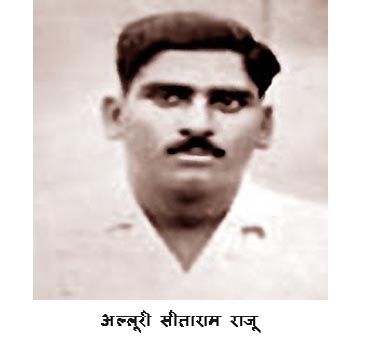 The great revolutionary Elluri Sitaram Raju had already sacrificed his life on the altar of freedom. The British rulers must have thought that they had obtained deliverance from the rebels, but this did not happen. Both of Raju’s trusted lieutenants Gautam Dore and Mallu Dore became active and took it upon themselves to carry on Raju’s mission.

Elluri Sitaramaraju (1897-1924; also called Alluri Ramachandra Raju) was The freedom fighter from Vizag. He was the leader of the ill-fated “Rampa Rebellion” that was fought against the British from 1922 to 1923. Popularly referred to as ‘Raju’, he lives on in the hearts of the Telugu people as the Manyam Veerudu (‘hero of the jungles’).

The repressive measures and the unjust policies of the British, coupled with the misdeeds of British contractors who exploited and oppressed the workers of the hill tribes of the Vizag, brought Sitaramaraju into a tussle with the police who supported the contractors. This eventually culminated in the Rampa Rebellion (or Rampa Pituri; ‘pituri’ means ‘complaints’ in Telugu).

Sitaramaraju carried out his campaign in the East Godavari and Vizag. Inspired by the patriotic zeal of the revolutionaries in Bengal, and the decisions taken by them at a meeting in Chittagong in 1921, Sitaramaraju raided many police stations in and around Chintapalli, Krishnadevipeta and Rajavommangi, carrying off guns and powder, and killing several British army officers, including the ruthless Scott Coward and Hites, near Damanapalli.

Under the leadership of one Saunders, the British deployed a company of the Assam Rifles, near Pedagaddapalem, in December 1922. Sitaramaraju, who had by then gone underground, resurfaced after some four months and continued the fight, strengthened by Vanvasi bandhus, using bows and arrows. He was ably assisted by two brothers, Mallu Dore and Gantam Dore, who were Vanvasi leaders. They were skilful in guerrilla warfare as they were well-versed with the difficult terrain which was covered by thick forests and valleys.

On September 18, 1923, Sitaramaju raided the Annavaram police outpost. Subsequently, Mallu Dore was arrested. The Government entrusted the task of containing Sitaramaraju‘s activities to one Rutherford, who fired the first salvo when his forces arrested Pericherla Suryanarayana Raju, popularly known as “Aggirju”, a strong follower of Sitaramaraju.

The campaign lasted nearly one year from December 1922, and petered off by October 1923. Sitaramaraju surrendered himself, and was shot dead without a trial in May 1924.

One day, when Gautam Dore went to a particular village, the village chief told him that just a short while ago, a police party had come in search of him. The chief of the party made enquiries from everyone in the village, but no one gave him any information. The village chief advised Gautam that they should either go somewhere else for a few days or suspend revolutionary activities. Gautam’s party liked the idea and they did not create any disturbance for about a month. The police thought that the revolutionary group had fled.

They decided to make one last search before leaving the area. On June 7, 1924, a very large police party divided itself three groups and began to search all the possible hideouts of the revolutionaries. In the process, one of the police groups caught sight of a band of seven or eight revolutionaries in the wilds near the river. When they saw the police, they tried to hide themselves but the police opened fire. Hearing the sound of gunfire, the other two groups joined them too and began to shoot at revolutionaries. Gautam Dore confronted all three groups determinedly. He was being attacked from three sides but put up a strong defence and pushed them back. Ultimately, however, Gautam’s group could not resist the large and well-equipped police party for long. Some of his companions were killed and he himself was seriously injured and succumbed to his injuries soon after.

Now Gautam’s brother Mallu Dore was left all alone. Being injured, he could not get away to a safer, more distant place. One day, he was captured by the police. He was tried and hanged on June 19, 1924.

That is how the’ Phituri Vidroh’ started by Elluri Sitaram Raju was suppressed. Almost all the revolutionaries embraced death while fighting valiantly and thus attained the rank of martyrs. 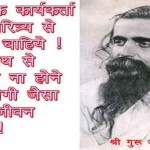 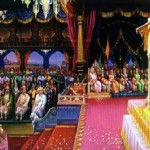