Raja had been torturing the child since she was born. He made wounds on the child’s body and was not willing to treat her when it got worse. The incident gained attention when the neighbours listened the child screaming out of pain and they informed to the police.

Sasi Raja got life imprisonment and others were imprisoned. Though they were released, Sasi Raja was found dead inside the jail due to age-related illness. 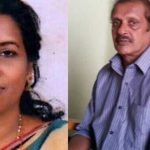