The police recovered a huge cache of explosives from the possession of the women. Acting on an input that some NRFM cadres are going to plant explosives at Moirang, police conducted a massive search operation in the area in Bhisnupur district.

During the operation, the police team initially arrested two women along with 0.32 live ammunition.

On further interrogation, the two women cadres reportedly revealed their plan to plant explosives at Moirang market place under a senior functionary of the outfit, said the police.

The arrested women rebels have been identified as Zillarani and Elizabeth.

They reportedly informed that a cache of explosives was hidden at the residence of another woman identified as Romita from Moirang Lamkhai.

Police said the three women rebels were involved in the collection of funds for the underground organisation from shops in Moirang area. 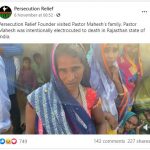 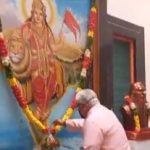