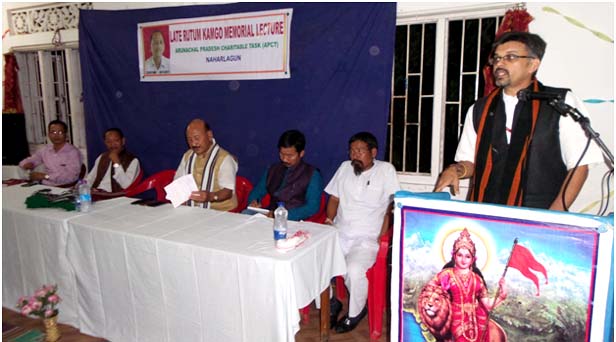 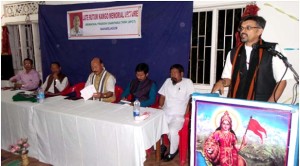 Itanagar. Veteran strategic expert and Editor-in-Chief of New Delhi based Organizer, Shri Prafulla Ketkar said that it is high time to change the course of discourses with China shifting from the traditional Delhi centric defensive policy attitude to the pan India centric foreign policy alternative. He added that in the early 1980s, China had officially initiated the encirclement policy for India through which strategies were chalked out to confine the foreign policy matters of India within the South Asian countries with an over emphasis on traditional Pak obsessive world view and never to let her rise beyond it. Though the Pokhran test of 1998 had given the Indians an opportunity for a major policy shift and even had done some icebreaking, the UPA I & II governments failed to achieve any breakthrough from out of it. Shri Ketkar further pointed out that China has developed the encroachment and encirclement policy to the tune of the renowned Indian political strategist Kautillya (Chanakya) who advocated that your immediate neighbor cannot be relied as a friend for ever and hence, the neighbor’s neighbor should always be befriended, while the Indian foreign policy establishment could not befit its own ancient theorist.

The talk on the topic, “Expansionist and Encirclement Policy of China: The Indian Response”, was organized by Arunachal Pradesh Charitable Task (APCT) as part of the annual Late Rutum Kamgo Memorial lecture at Hotel Chandni conference hall, Naharlagun on November 6, to commemorate the 3rd death anniversary of former RSS activist and visionary Rutum Kamgo.

Conferring instances of his earlier visits to China, Shri Ketkar, an expert on world affairs, said that there is a negative transition in China with regard to its development and national ethos due to the cultural, ethnic and demographic reasons, while in India we have a positive transformation with regard to the same developmental terms. Today in China, corruption at higher-ups, single clan dominance in administration and emerging differences between Party and military establishment are enough to ring warning bell for the dragon. Further, due to the single child policy practice the major portion in China is non-working and therefore, digressive, while on the other hand, from demographic perspective in India, a major portion of the Indians is young, energetic and working.

Praising the nationalistic spirit of the Arunachalis, Shri Ketkar said that the strong patriotic minded population at the borders is the real foot soldiers for the protection of our sovereignty. He appealed the Indian policy-makers and civil society to work enough to embank upon the shifting border population through out the international boundary of Arunachal Pradesh which otherwise work as a natural deterrent wall against our skeptical neighbor.

The talk on the topic, “Expansionist and Encirclement Policy of China: The Indian Response”, was organized by Arunachal Pradesh Charitable Task (APCT) as part of the annual Late Rutum Kamgo Memorial lecture at Hotel Chandni conference hall, Naharlagun, to commemorate the 3rd death anniversary of former RSS activist and visionary Rutum Kamgo.

Addressing the elegant audience the other speaker Shri RK Khrimey, Ex-MP and former Cabinet Minister, also presently, the President of the Bharat Tibet Sahayog Manch, said that the Arunachalees have always been with India as an integrated part and the attempts of China to depict the Arunachalis as pro-Chinese will never be fruitful. Welcoming the new initiatives of the Union government for infrastructural development in Arunachal Pradesh, Shri Khrimey hoped that the implementation of the schemes too would be as fast as its finalization for which politicians as well as the public of Arunachal Pradesh should be more accountable. 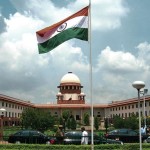