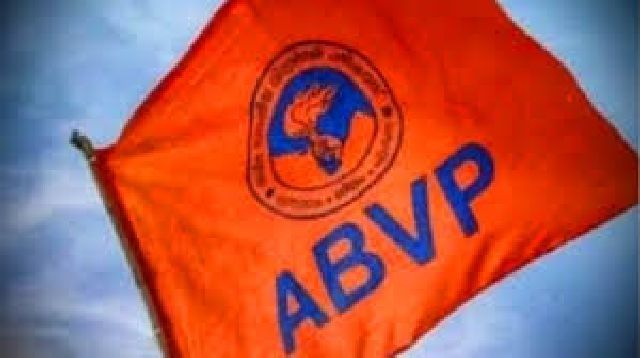 Soon after the declaration of Bengal Assembly Election results, there have been rampant instances of violence and goondaism by the goons of All India Trinamool Congress. Since Sunday (yesterday), Mamata Banerjee’s goons have been targeting members of the political opposition by way of fanatical violence including targeted bombings across the state. Today, around 15-20 TMC goons of Mamata Banerjee attacked and vandalised ABVP West Bengal’s Kolkata office, engaged in altercation with the activists and assaulted them.

After assaulting ABVP National Joint Organising Secretary Shriniwas, Zonal Organising Secretary Govinda Nayak, Zonal Joint Organising Secretary Apanshu Shekhar Sil, Central Working Committee member Shri Suman Chandra Das and 5-6 other activists, the TMC goons deliberately vandalized the idols of Hindu deities Hanuman Ji and Maa Kali. After dashing the idols of Hindu Gods and Goddesses to smithereens, they further vandalized the portraits of thought leaders and national figures like Rabindranath Tagore, Syama Prasad Mukherjee, Subhas Chandra Bose and others. The attackers shouted pro-Mamata Banerjee slogans and threatened the ABVP activists and office-bearers with similar assaults in the times to come. They said that Mamata Banerjee’s defeat in Nandigram had made the TMC cadres very resentful of those responsible for her loss and that such ‘traitors’ would not be allowed to live in Bengal for long.

The preparations for today’s attack commenced a day earlier when around 150 TMC cadres were seen engaging in acts of hooliganism outside ABVP’s Kolkata office. While this press note is being written, as informed by our local activists, more than 100 TMC goons are still surrounding the office.

Nidhi Tripathi, National General Secretary, ABVP, said, “While the office-bearers and activists, who suffered a violent attack by the TMC goons at ABVP office are now safe, the fanatically violent streak adopted by the West Bengal Chief Minister and her party goons is extremely disconcerting and condemnable. In the coming times, we, as the torchbearers of nationalism, must remain alert and stand shoulder to shoulder in the fight to salvage democracy in Bengal. The violent attack on ABVP activists by Mamata Banerjee’s goons is a portent of steep challenges in the long-run and we must prepare for a long and arduous struggle.”