Srinagar. The Srinagar sessions court on Wednesday (March 30) started trial of islamic terrorist Bitta Karate, who had admitted killing over 40 Kashmiri Pandits during 1990s. The hearing in the case began after nearly 31 years following a plea by the family of Satish Tickoo, one of the victims.

Several Kashmiri Pandit families have come out to narrate the terrific experience of their sufferings during the genocide in Valley, following the release of the movie ‘The Kashmir Files’ recently.

Kashmiri Pandit organisation had also moved a curative petition in the Supreme Court seeking a probe either by the Central Bureau of Investigation (CBI) or National Investigation Agency (NIA) into the mass murders and genocide of Kashmiri Pandits during 1989-90.

The plea, filed by Roots in Kashmir, has challenged an order of the top court passed in 2017 dismissing the plea saying, “The instances referred in the petition pertain to the year 1989-90, and more than 27 years have passed by since then. No fruitful purpose would emerge, as the evidence is unlikely to be available at this late juncture”.

The plea sought prosecution of Yasin Malik and Farooq Ahmed Daar alias Bitta Karate, Javed Nalka and others, for hundreds of FIRs of murders of Kashmiri Pandits during 1989-90, 1997 and 1998, and which are lying un-investigated by J&K Police even after nearly three decades. 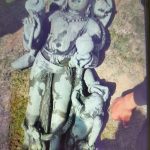