New Delhi. The Mathura court had directed survey of Shri Krishna Janmbhoomi and the preparation of the site frame to be presented before the court on the next date of hearing. Somewhat similar order was passed in the Kashi. The Intazamia Committee of Kashi has challenged the order in High Court and the challenge failed. The matter was taken up in the Supreme Court, which, declined to issue any injunction order. Survey had been carried out.

We believe that this order will now be complied with. I would say that all those, who have nothing to hide and do not fear the truth, would support this order because the order is only to facilitate the court to decide the disputes, the real situation at the spot. We welcome the order and will look forward its being presented before the court for a just decision. 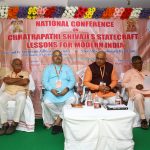