New Delhi. Yesterday, NIA Special Court, Bengaluru convicted two FICN rackeeters namely Gangadhar Kholkar and Sabiruddin under sections 489B, 489C and 120B r/w 34 of IPC and sentenced them to six years imprisonment and fine of Rs 15,000/- in Bangalore FICN Case.

The Special NIA Court had earlier convicted three accused persons namely Mohammed Sajjad Ali, MG Raju and Abdul Kadir on 02.12.2020 under sections 489B, 489C and 120B for their role in the conspiracy and had sentenced them to six years imprisonment and fine.

The case was originally registered in Madanayakanahally PS, Bengaluru, Karnataka u/s 489B, 489C, 120B, 34 of IPC against four accused persons. Fake Indian Currency Notes having face value of Rs.6,84,000/- in denomination of Rs.2000/- were seized from their possession. Subsequently, NIA had re-registered the case on 06.09.2018 and took over the investigation. 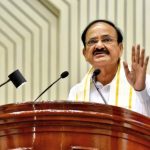 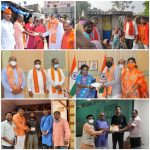