RSS was founded by great freedom fighter Dr. Keshav Baliram Hedgewar in 1925. It has never cared for publicity or lime light since its inception while playing a prominent role in social service, protecting our culture, values and faith and developing a sense of belonging to the motherland.

RSS Swayamsevaks had remained actively associated with almost all nationalist groups and parties of that time who were fighting for our national freedom including participation in armed revolution. It will be foolish to assume that RSS did nothing in the freedom struggle just because RSS had never cared for publicity. As a matter of fact, RSS was the only cadre-based organization whose cadre participated in freedom struggle all over India and at the same time worked for consolidation of core society constituents, the Hindus.

RSS ‘s style of not seeking credit and publicity while working selflessly has been documented by several news agencies. Its cadre were seen working tirelessly helping victims of natural disasters silently where even government relief agencies had failed to open but they never publicised their contributions. Taking advantage of this fact, anti RSS forces and people having selfish and vested interests, have questioned the front line role of RSS in the freedom struggle. These people projected themselves as the sole leaders of popular freedom movement which in fact was actually ignited and taken forward to the masses by the participants of 1857 freedom struggle, farmers agitation led by Vasudev Balwant Fadke, Kuka agitation of Satguru Ram Singh, revolutionary organization Anushilan Samiti, Gadar Party, Abhinav Bharat, Hindu Mahasabha, Arya Samaj, Azad Hind Fauj and RSS. But anti-RSS forces, in order to glorify one party down played the role of not only RSS but also armed revolutionaries and several other movements like Arya Samaj etc by manipulating and distorting history. They not only insulted millions of freedom fighters who sacrificed their lives for the sake of the nation but also promoted those who lived comfortable lives while bargaining for freedom under British domain. They were given privileged treatment during agitations by British Government and were not even touched by the police lathees (cane sticks) throughout their agitational career. They promoted the concept that armed struggle and supreme sacrifices by freedom fighters had no importance in freedom struggle.

In the above context, great injustice was done to RSS founder Dr. Hedgewar by ignoring his distinct contribution in the freedom movement. Leftists dictated history, had a vested interest to ignore the contribution of any other group other than Congress party. They have a shameful record in freedom struggle which they wanted to swipe off under the carpet. Recording contributions of revolutionaries and other freedom fighters would have highlighted their complicity with British government and their deceiving the freedom fighters. A dedicated but unknown Soldier of freedom struggle, Dr. Hedgewar was a born freedom fighter. From his childhood to his last breath, he worked hard for the freedom of his country.

He never wrote memoirs nor he got himself covered in newspapers. Several incidents of his childhood, like his plan to unfurl saffron flag atop Sitaburdi Fort and his boycott of celebrations of Queen Victoria’s Birthday and coronation, are worth mentioning. These childhood incidents clearly showed his commitment for freedom. In his college days when he was in Calcutta, he actively associated with revolutionary organization, Anushilan Samiti. He was very active in the freedom movement during the 1st world war (1915-19). He also actively participated in the Non-cooperation movement and Dandi Yatra led by Mahatma Gandhi. His fierce speeches in public meetings and his organisational skills in Congress conventions, organizing volunteers, bringing resolution of complete freedom, are some of his vital contributions in the freedom struggle and shows his dedication to the cause. He was sentenced twice, each for one year to rigorous imprisonment. After founding RSS, he allowed Sangh Swayamsevak’s to participate in Gandhiji’s agitational programmes. Several thousand RSS volunteers braved ruthless tortures in jails. On the call of Congress party Independence Day was celebrated in all RSS Shakas on 26th January, 1929. Dr. Hedgewar along with Veer Savarkar and Subash Chander Bose were in favour of rebellion in armed forces and organizing Azad Hind Fauj. RSS workers played an important role in the Quit India movement of 1942.

Those who allege that Sangh remained aloof from freedom struggle, were themselves begging before Britishers by acting as their subordinates. They called leaders like S C Bose, Bhagat Singh, Savarkar, Trilokyanath Sherni, Kartar Singh Sarabha, Ras Bihari Bose, Shyamji Krishan Verma, Lala Hardyal, Yatinder Nath Sanyal, Ram Prasad Bismil and Chander Shekhar Azad as deviated from their (moderate Congress) self-defined correct path. It is worth mentioning that all freedom fighters got full support of RSS. Sangh workers participated in non-violence movement as well as in armed freedom movement without high lighting Sangh or seeking credit.

Historical truth is that after the Independence War of 1857, there was a strong revival of Hindu awakening and strengthening of cultural nationalism. British government had sensed this development which had potential to harm their interests. To check this revival and to confuse the concept of nationalism and growing sentiments against foreigners, A O Hume, a staunch Christian founded Congress in 1885. (This Congress had no business with the freedom movement but was to be a shield for Britishers against rising national awakening and to meet the limited political aspirations of natives under British rule.)

Dr. Hedgewar founded RSS in 1925 to form a strong Hindu organization which was to defeat British government design and conspiracies of missionaries with state protection. In other words, RSS was formed as an organization committed to freedom and security of our nation by committed freedom fighters.

(Writer is senior journalist and columnist.) 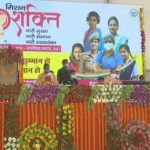