Dr. Hedgewar went to Kolkata to create a base for organising armed revolution to liberate Bharat from cruel clutches of British imperialism. He was sent there by then nationalist leaders especially by Lokmanya Tilak. He was impressed by the ideology of Tilak’s cultural Nationalism. He joined revolutionary organisation Anushilan Samiti. He at the same time remained active in his nationalist activities in Nagpur.

In 1910, Keshav Rao left for Kolkata. He carried an introduction letter from Dr. Munje which helped him get admission in National Medical College in Kolkata. In Kolkata, management and teachers of medical college were greatly impressed by his nationalist ideology. Main purpose of Keshav Rao to go to Kolkata was to receive training for the armed revolution and initiate a revolution in Bharat against British government on the pattern of 1857 uprising.

He was an amazing public leader and organiser. Most unique thing about Keshav Rao was that any person whom he met, would get inspired and convinced to associate with the activities of Anushilan Samiti. Students from almost all states would come to National Medical College to study medicine. He would take every opportunity to prepare them for his grand vision of nationwide movement. Keshav Rao established a very close association with nationalist and Hindu minded leaders like Moti Lal Ghosh, Vipinchander Pal and Rasbihari Bose.

With his untiring nature, consistent hard work and his strong interpersonal skills, he became an important link between revolutionaries in different states. There were many factories manufacturing weapons very secretly and running successfully in different parts of Bengal. Weapons were supplied to the revolutionaries all over Bharat from here especially in Central Province. Keshav Rao did this job with utmost caution and diligence. The then government documents of Central Province had mentioned that Dr. Hedgewar was instrumental in establishing links between the revolutionaries of Nagpur and Bengal. A big chain of patriotic revolutionaries was formed across major parts of Bharat through Dr. Hedgewar.

Sharp Vision of an Alert Nationalist

Government vigilant department sent detailed reports about Keshav Rao Hedgewar and his associates mentioning him as a big revolutionary. But they could never collect any evidence against them as Dr. Hedgewar was one step ahead of government agencies, being an alert nationalist. They would come to know only after job was done. Government vigilant personal would never find out about their activities, their leaders, modus operandi and about their helpers despite doing their best efforts.

As a member of Anushilan Samiti he performed his assigned task with his full dedication and precaution. Assembling weapons, their distribution, planning action and execution, arranging safe hide outs for revolutionaries and keeping them safe from government agencies, Keshav Rao did all assigned dangerous jobs meticulously and with complete success. One young officer of secret agencies was assigned the job of monitoring Keshav Rao’s activities. He managed to get accommodation in the Keshav’s hostel. Keshav’s sharp and keen observation soon found out his design. Once when the spy was away, Keshav opened his box and found out all the information he had gathered. He cautioned his friends and took necessary steps to check the spy who was following up Keshav’s activities.

Keshav Rao – Active on the Front of Social Service

Apart from his regular studies and activities of Anushilan Samiti, Keshav would actively take part in social service and other social activities. In 1913, flooded Damodar river had created havoc, destroyed houses and means of livelihood of several people. Several social organizations were involved in moving people to safer places. Young monks and other devotees of Ramakrishna mission were on the forefront of the relief work. Keshav Rao along with his friends worked shoulder to shoulder with Ramakrishna mission. These young people risked their lives and saved many people from those areas where others were not daring to enter. Keshav and his team went miles in deep mud and water to reach remote villages to distribute relief and food items to hungry and to take care of sick people, day and night. Keshav with his team worked hard to serve sick people in a town near Kolkata during the cholera epidemic for a noble cause.

Keshav Rao – Fully prepared for his Future Course of Action

While working for Anushilan Samiti in Kolkata, Keshav Rao keenly observed the working and organisational structure of Anushilan Samiti. He observed how to plan and distribute work in groups and sub groups while keeping every activity in guarded secret manner. All these experiences with Anushilan Samiti helped him in laying foundations of his future vision. He also came into contact with several youths from different states.

Keshav Rao had been keenly following up with any potential armed revolution taking shape in Bharat. While studying for 5 years in Kolkata and while with Anushilan Samiti he studied pulse of the nation. He got complete training of a revolutionary, dedicating and pledging full life for the complete freedom of nation. He returned to Nagpur in 1915. He felt the need of an organized nationalist power which would condition the mind of patriotic countrymen for whole hearted dedication to the nation.

Dr. Hedgewar did not rest for a while after he returned to Nagpur. He had several options available at that time to fight for freedom from foreign rule but Dr. Keshav Rao ji was contemplating some solid action that would put a final and deciding blow to British empire.

(Writer is senior journalist and columnist.) 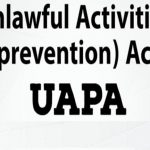 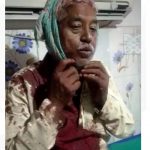