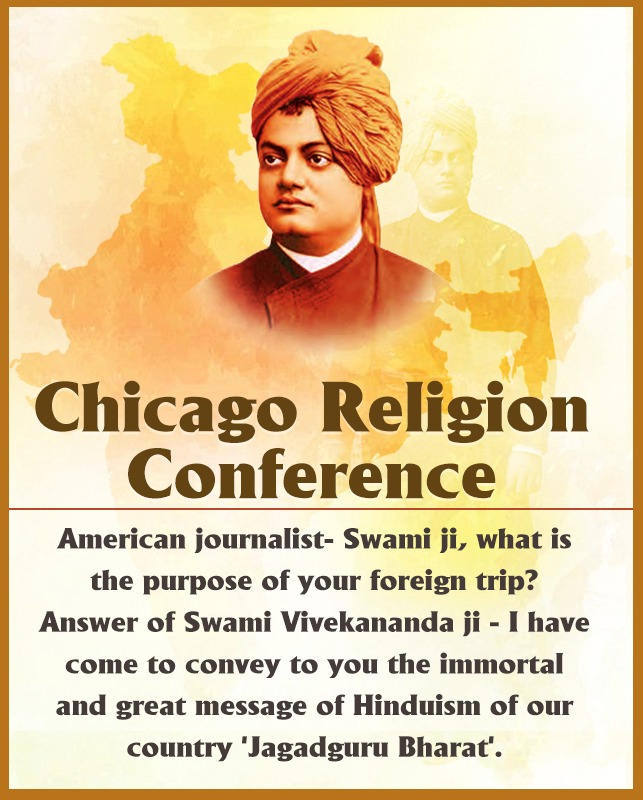 Universal brotherhood day celebrated on 11th September, marks the event of Swami Vivekananda’s speech at the Parliament of Religions (PoR), Chicago. It holds greater significance as it was on this very day that by Tithi that Vivekananda Rock Memorial at Kanyakumari was inaugurated. Today, Vivekananda Kendra stands tall on this historic location doing wonderful work with the mission of man making and nation building.

The PoR was organised as one of the events to commemorate completion of 400 years of discovery of America by Columbus. The purpose clearly was to proclaim Christianity as the ‘only true religion’. Swamiji was aware of the under currents at the time. The aggressive approach of both Islam and Christianity had lead to oppression of our people for almost 1000 years.

The event (PoR) was held in the year 1893 in the spacious Art Institute Hall at Chicago. Swamiji was the only representative who did not represent any organisation here. Secondly, he was the only one who did not have a written speech. At the end of the day, Swamiji stood at the dais and spoke the famous words, “Sisters and Brothers of America”. A thunderous applause followed. It lasted for almost 2 ½ mintues. Was Swamiji the only one to say this?

No! already three others had addressed the audience this way. But swamiji spoke from the heart and it pierced the hearts of the audience. 4000 strong audience of men and women were impressed by the voice of this man in saffron robes. Supporting him lay the great spiritual strength of India which had always practised universal brotherhood.

Hindus since ages have never claimed that our God is the only true God. We have always respected faith of other religions. That is why we never have fought with other religions. Our land has always sheltered those faiths that have been thrown out of their own land like the Israelis. Hindus have always been inclusive of their approach. Hindus have always believed in the “Ekam Vipra Bhahuda vadanti” meaning “That which exists is one, sages call Him by various names”.

As put very beautifully by Sister Nivedita, “Of the Swami’s address before the Parliament of Religions, it may be said that when he began to speak it was of ‘the religious ideas of the Hindus’, but when he ended Hinduism had been created.…”

Not just the lecture given on the first day of the parliament, which is very well known, but the main lecture that he gave in the Parliament of Religions – “The Paper on Hinduism” needs to be studied. What he told in that lecture to the western audience, he told it to us in his famous lecture ‘Common Basis of Hinduism’ at Lahore. It is the study and application of these lectures, which will make us capable of giving the message of Universal Brotherhood Day to the world.

As Swami Vivekananda had said the approach has to be, “Help and not fight” “Assimilation and not Destruction”, “Harmony and Peace and not dissension”. It is a difficult goal, but not unachievable and if there is any civilization in the world which has philosophy and inner strength to work for it, it is this, our Hindu civilization.

The very purpose of India is to contribute these thoughts for the good of the humanity. It is due to this sprit that she could exist in spite of so many vicissitudes and attacks in her national life. Whenever this national destiny was forgotten, the degeneration set in. Thus, Swami Vivekananda’s message in the Parliament of Religions though it was of Universal Brotherhood, it has been the national destiny of India. It also became the call for the renaissance of our Hindu nation.

Swamiji said then, that the bell that tolled in the morning would be the death knell of all fanaticism. Alas, that never happened. The 9/11 attack on twin tower, the conversions going on in tribal belts of India, Iran Iraq equations, Libyan crisis or the ethnic violence in South Sudan all attract our attention to this very need for reliving the speech of Swamiji in today’s times.

2 thoughts on “Universal brotherhood – Need of the hour” 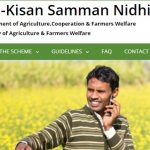 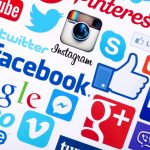