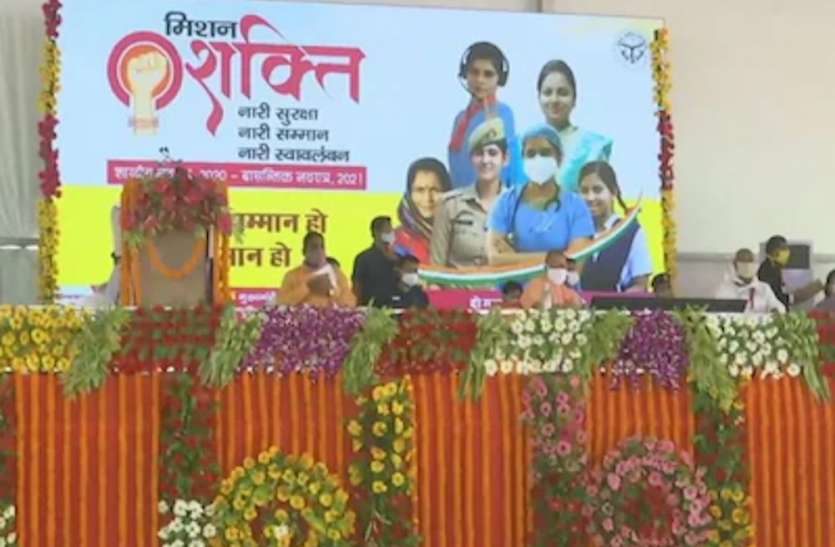 Lucknow. Nine meritorious girl students, who had topped in the board exams, were made top administrative officers of various departments in Jhansi district for a day as the Navratri festival that celebrates the nine avatars of the Durga.

All the nine girls, on Saturday morning, were brought to their respective offices from their home in official vehicles and given the opportunity to serve as officers for the day.

The event, held on Saturday, in Mauranipur tehsil was a part of the ongoing ‘Mission Shakti’ programme in Uttar Pradesh for empowering women.

Sunaina Mishra got the chance to serve as SDM; Nancy Gupta as circle officer; Diksha Ahirwar as tehsildar; Vanshika as agriculture officer; Kritika as education officer; Kumkum as SHO; Anjali Gupta as BDO; Aashi Gupta as CHC head and Kanchan Agarwal as EO.

The girls discharged their official duties for the entire day under the guidance of the officers who were present to help them.

The girls passed orders and marked applications of complainants to the departments concerned with instructions.

Sunaina, who was serving as SDM, later told media that she was excited and thrilled to be handling the duties.

Sunaina ranked second in Class 12 and is preparing for NEET, and after her experience of serving as an SDM, she said she would now definitely appear in the civil services examination after completing her MBBS.

Nancy Gupta, who was a Circle officer (CO) for the day, has enrolled for BSc and is aiming to do a doctorate.

SDM Mauranipur Ankur Srivastav, who was the brain behind the initiative, said that the ‘experiment’ was fulfilling. He said he hoped that it would make the children strive harder for their goals.