Kashi. When the nation honoured 54 prominent personalities with Padma awards, Swami Sivanand was just one among them. However, the 125-year-old yoga practitioner won the hearts of people all over the country when videos of him prostrating before Prime Minister before receiving his honour went viral on social media.

He is now the oldest man to be conferred with the Padma Shri award, Swami Sivananda is a monk from Varanasi.

Swami Sivananda (born 8 August 1896) is a yoga guru. He was born into poverty where his parents used to beg for food.

In the midst of all this misery and suffering, he was orphaned at the age of six. Having lost his father and mother, he reached the ashram of Guru Omkarananda Goswami in Nabadwip, West Bengal where he later grew up. There he received training in spiritual education, including yoga. He chose the path of celibacy and travelled with his Guru to 34 countries, including Europe, Russia and Australia.

He accompanied his guru for a tour of India which ended up in them settling down in the holy city of Varanasi. There he grew up and ended up adopting life of a disciplined celibate.

In his life, he was a monk, yoga enthusiast. He got the COVID-19 vaccine at the claimed age of 124. He can still walk alone and still lives alone. He still rides trains alone and never married and had no children.

He says “I wake up at 3 am and go to the river for a bath, then I do yoga. I eat very simple food with no oil or spices. I never had a full diet. I only eat half my appetite. It keeps reminding me of my humble background”. 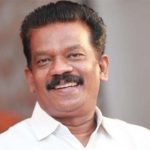