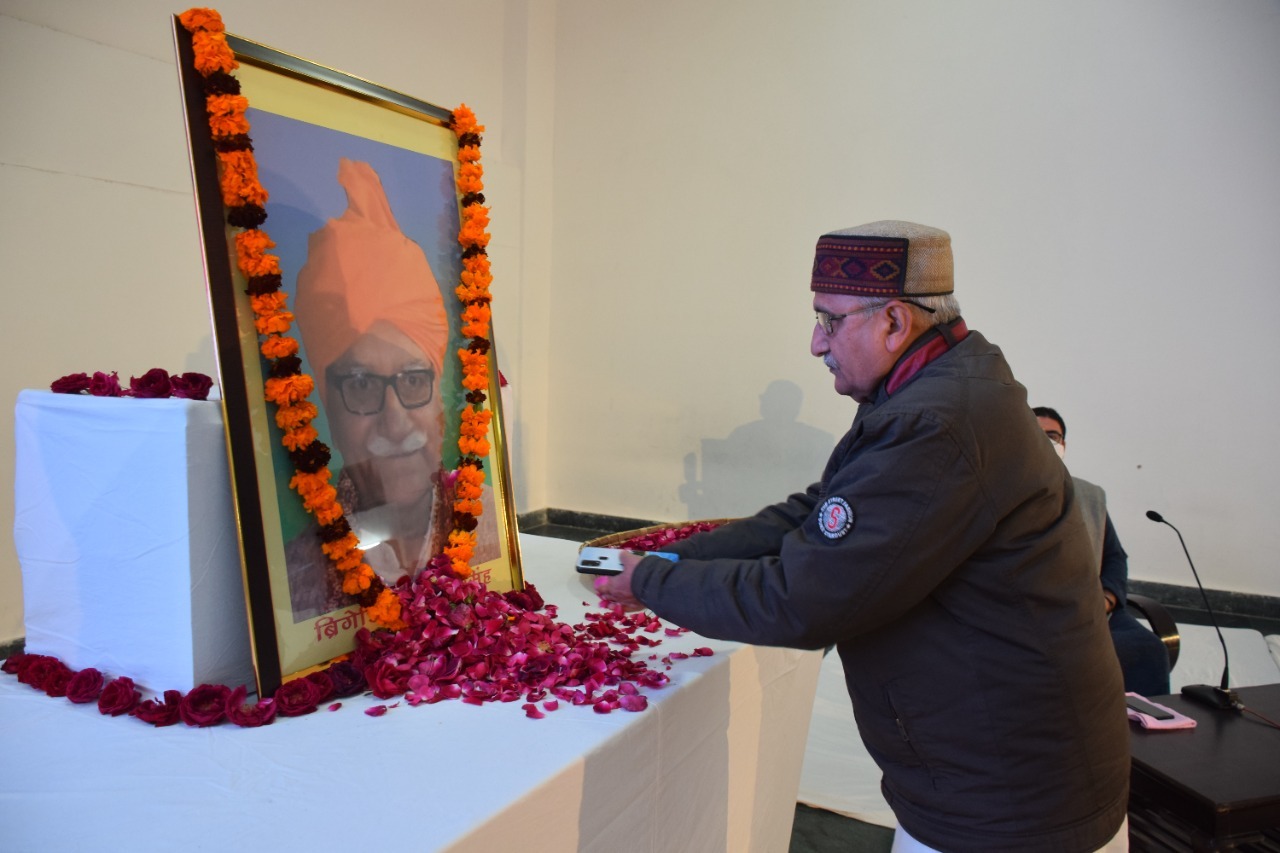 A 10-minute documentary on the biography of Brigadier Suchet Singh was also screened on the occasion.

Ramesh Pappa said that Brigadier Suchet Singh was an ideal for everyone and will always take inspiration from his life and his work will also keep inspiring.

Purushottam Dadhichi in his address said that he was a born volunteer in true sense. He came to the Sangh after retiring from the army, but if his biography is read, then his activities have always been like volunteers.

While paying homage, Dr. Gautam Mengi said that today he is being remembered as a virtuous soul.

In 2006, he came in contact with Brigadier Suchet Singh on the occasion of Shri Guruji’s birth centenary.

He said that the spirit of service in him was so much that once in his military life he had to give up his promotion due to ill health of his mother. 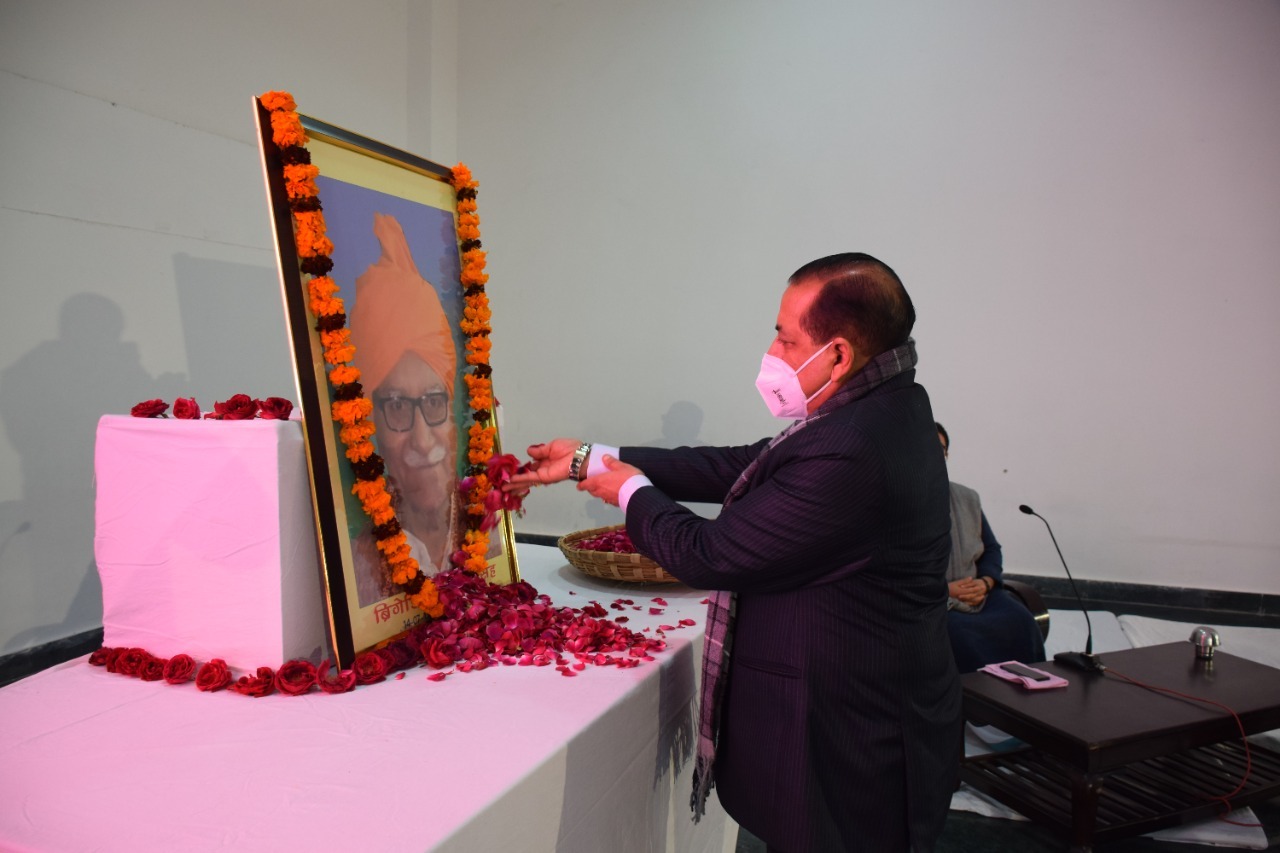 Union Minister Dr. Jitendra Singh while paying tribute said that in today’s fast paced life and in times of chaos and in the midst of all this, if still the society is alive, only because of the people like Brigadier Suchet Singh.

Got an opportunity to meet Brigadier Suchet Singh closely, also worked with him. Even during the Amarnath Land movement, it can be said about Brigadier that whatever responsibility he held, in the army or in the Sangh, he followed the highest standards of decorum.

By never compromising with those parameters, he fulfilled every responsibility, said Singh. Giving an example in this regard, he said that when BJP had lost both the Lok Sabha seats of Jammu division after the Amarnath land movement, there was a discussion in Delhi that Jammu should now be represented in the Rajya Sabha.

“It is not so easy to follow the conduct which he continued to follow and the standards which he established, if this effort is to be followed in the mind, then I think that it too will be a tribute to a Brigadier,” said Singh.

State BJP President Ravindra Raina, said that the opportunity to work with him for a long time came during the Amarnath land movement. He was a disciplined and brave soldier. In Sangh also he worked like a soldier. He always guided society towards the country and religion.

Retired Brigadier Rakesh Sharma, while paying tribute, threw light on the military life of Brigadier Suchet Singh and his role in the 1971 Indo-Pakistan War in the Poonch Sector.

Mahant Rameshwar Das said that his personality was courageous and fearless and he always remained engaged in the service of the society.

In the end, Shalini, daughter of Brigadier Suchet Singh, expressed gratitude to the entire society for expressing her condolences and said that her mother Sarita Singh always supported her father fully in the Sangh work. Brigadier Suchet Singh never took pride in his position, he used to say that the day there is no work means no life, she reminded. 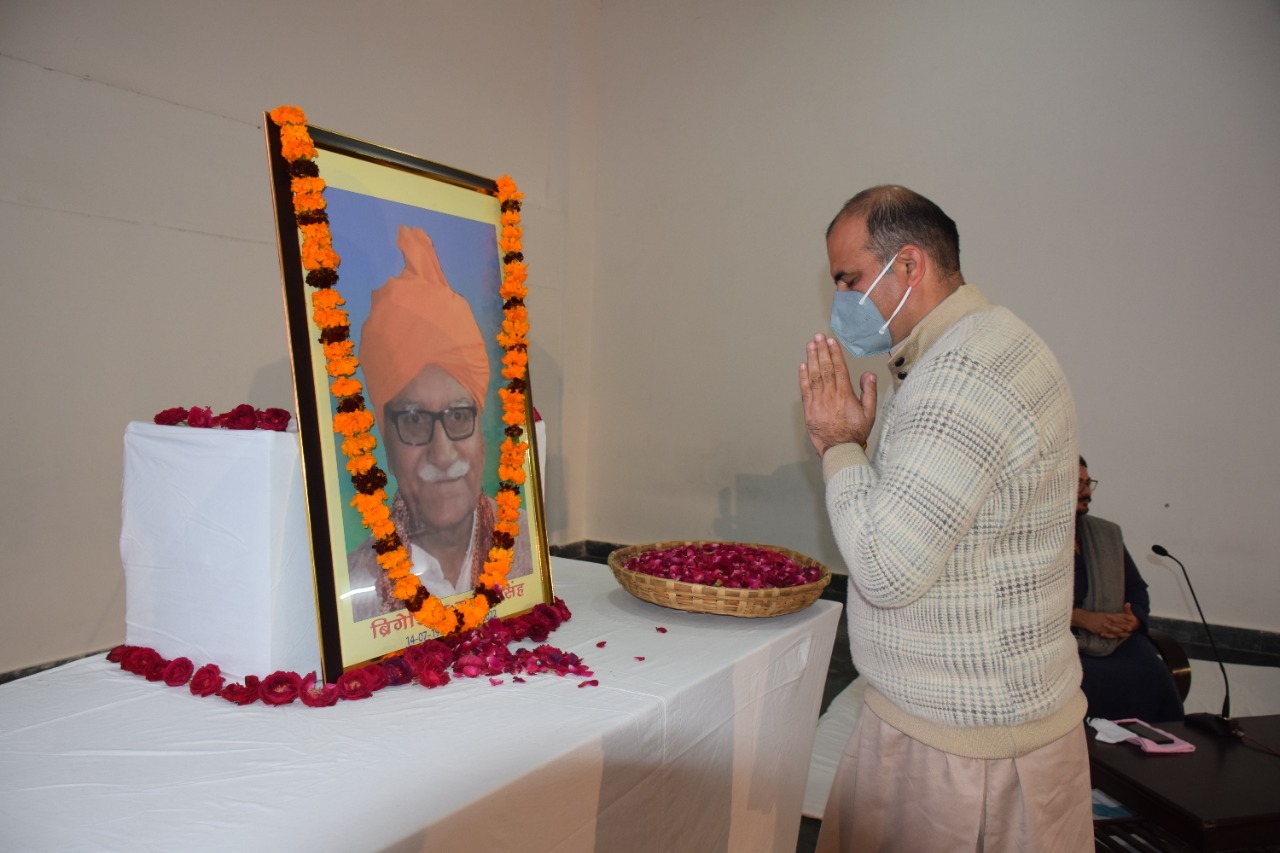