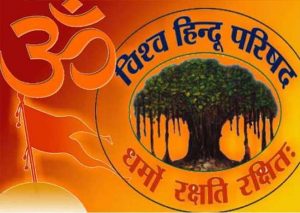 New Delhi. With the arrest of the Conversion-Jihadists from Delhi’s Jamia Nagar, it has become unquestionably clear to the whole country as to how deep, widespread, disgusting, sickening and nationwide the trap-web of conversion is! Till now, these conversion-Jeevi elements used to target and victimize the general unsuspecting and innocent people. Now they are committing the inhuman cold-blooded crime of targeting even the deaf and dumb children! Many children are missing. They are suspected to have been engaged as canon fodders to be expended in terrorist activities.

The conversion-Jeevi elements have been getting money from abroad and also a section of the Muslim society supports them. That is why, without knowing the facts, a Muslim leader declared these Ghazwa-e-Hind Jihadists as innocent. May be, for their defence in the courts of law, these people can also line-up an army of big lawyers by paying huge fees, as they have been doing before. This conspiracy of theirs is not of today. With the entry of Islam in Bharat, the vicious cycle of conversion by force, fraud and allurement had begun. The trap-web of this conspiracy is nationwide and many more wicked, atrocious and monstrous varieties and types have come to the fore. That is why a court of law had said that “love jihad” is the most heinous form of conversion.

During the deadly times of Corona pandemic, the entire country is exercised and mobilized with full dedication to help the COVID-19 victims, but the agenda-led Jihadis and the missionaries are engaged in harvesting converts to swell up their respective folds to impress upon their foreign and domestic donors to rain on the Conversion-Jeevis more and more funds. Due to the anti-conversion law in force in Uttar Pradesh, this gang could be grabbed hold of, but where such law is non-existent, there the Conversion-Jeevis get an open terrain to creep around and convert. The Tool Kit Gang is always ready to help them.

VHP is of the view that now for a comprehensive inquiry into such atrocious forms of conversion, a commission of inquiry on the lines of the Niyogi Commission should be formed and mandated with jurisdiction to cover the entire country. The Niyogi Commission and the Venu Gopal Commission had recommended the enactment of a central anti-conversion law. Many members of the Constituent Assembly were also of the same opinion. Therefore, the central government should consider enacting a law to stop illegal conversions. Bharat has suffered the tragedy of a partition due to horizontal religious conversion and has been facing the agony of Ghazwa-e-Hind Jihadi terrorism. It is about time Bharat was liberated from this anti-humanitarian conspiracy.