‘Vibhram’ – Indian startup EndureAir’s High-Efficiency Dissimilar Coaxial Helicopter. The helicopter has been designed in collaboration with the IIT Kanpur.

In August 2017, ‘Vibhram’ won the third prize in the 34th Annual Student Design Competition organised by the American Helicopter Society. On January 8, 2021, the design was shown to late Chief of Defence Staff General Bipin Rawat on the occasion of Army Technology Day. Later, it was displayed on January 15 on Army Day.

‘Vibhram’ is a high-endurance multi-role gasoline-powered Unmanned Aerial Vehicle designed to meet a variety of applications.

It has a two-hour hovering endurance with a day and night camera payload that can be useful for purposes like surveillance, chemical, biological, radiological, nuclear and high yield explosives detection, crowd monitoring, pipeline inspection, and forest fire detection among others.

It can carry four kilograms of payload at sea level at a speed of 70 km/h for long-range payload delivery and surveillance from a long standoff distance. It is fitted with a fully functional and robust autopilot system.

The drone is said to be around 20 per cent more efficient than the existing motor design like the traditional single main rotor and tail rotor and the Regular coaxial design.

It can be used by the army and the Air Force. It consumes less fuel in comparison to traditional helicopters. 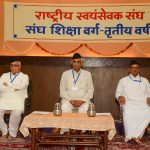