New Delhi. The Supreme Court on Thursday remarked that it will not stand against right to protest even with respect to matters which are sub-judice before courts, but such protests cannot involve blocking public roads indefinitely. The remarks were made by a Bench of Justices Sanjay Kishan Kaul and MM Sundresh while hearing a plea by one Monicca Agarwal, a resident of NOIDA in Uttar Pradesh (UP) seeking relief against road blockade by farmers protesting against Farm Laws.

“Ultimately some solution has to be found. We are not against right to protest even when legal challenge is pending. (But) roads cannot be blocked like this,” the Bench said.

Few weeks ago, another Bench headed by Justice AM Khanwilkar had objected to farmers protests stating that since the Farm Laws have been legally challenged before the top court, farmers associations should not be protesting with respect to the same.

“Once the party approaches the court challenging the validity of the Act, after that what is the question of protests? Once you have come to court, you have exercised your option,” that Bench had remarked while hearing a different petition related to the protests.

It had then passed an order stating that it will examine the issue of whether right to protest is an absolute right and can be exercised even after filing petitions on the subject matter before the Court.

The plea by Agarwal before the Bench headed by Justice Kaul contended despite various directions passed by the top court to keep public roads clear, they have not been followed. The plea added that the petitioner being a single mother with medical issues, it has become a nightmare for her to travel from Noida to Delhi.

When the hearing commenced today before Justice Kaul, Senior Advocate Dushyant Dave representing certain farmers associations, said that roads were being blocked by the police and not farmers.

“You may be having a right to agitate in any manner but roads cannot be blocked,” the top court maintained.

The Bench persisted with its queries on who has blocked the roads.

The Court eventually granted time to farmer unions to file their response to the plea and posted the case for further consideration on December 7.

“It is being prayed that the matter before us is transferred to another bench. We hereby direct that we will first decide the contours of the matter and take a call if it needs to be transferred to a larger bench. Reply be filed within 3 weeks and rejoinder thereafter. List after 6 weeks,” the Court directed. 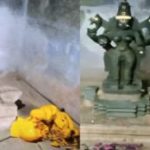