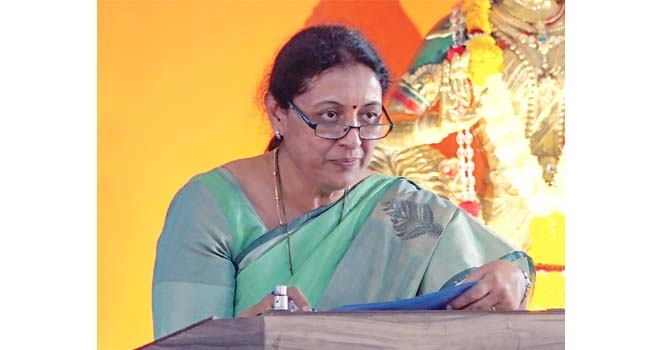 The nationwide study on the status of women conducted by Pune-based Drishti Stree Adhyayan Prabodhan Kendra, with the help of 26 social action groups including 15 national organisations active in diverse fields, has stirred a discussion in the country over the programmes and policies being formulated and implemented about women both by the governments and voluntary organisations.

Organiser, spoke to Dr. Maneesha Upendra Kothekar, the Project Director of the study, on its objectives and findings. Dr Kothekar is Regional Director at Maharashtra University of Health Sciences, Nagpur. She is also national organising secretary of the Bharatiya Stree Shakti, a leading organisation of women in the country.

What was the main objective of this study?

The prime objectives were to study the demographic characteristic, the availability of identification documents with the women, assess the status of women with reference to education, employment and health, to review policies for the empowerment of women in the country and to suggest strategies and programmes for enhancement of the status of women in India.

Do you feel there will be any change in the policies and programmes about women both at the Centre and state after this study?

Yes, we are sure about it, because the National Commission for Women has invited us for a detailed discussion on the findings. This meeting will be with the officials of different departments.

Have any follow-up activities been started in some states following the findings of this study?

Some of the organisations, which were part of the study as coordinators, are working in urban slums, have modified their programmes and activities according to the findings of this study. We hope more follow-up activities in the days to come. At the central level in government also we hope some change in the existing policies and some new programmes may be launched. Our main endeavour was to know the status of women and how the policies and programmes going on for women can be more effective and result-oriented.

That was with reference to a separate study that was conducted by us sometime back. That study confined to the North-Eastern states only. That intended to know the status of women in the North-East only. It was conducted in the years 2015-16. The governments of Tripura and Assam have started some follow-up activities after our study.

What types of challenges were faced by the people involved in the study?

The first challenge was access to some areas, particularly in the hilly areas. The interviewers had to walk a long distance to meet the respondents. In some areas, they walked from eight to ten km. Then natural calamities also blocked our path. The floods in Kerala and West Bengal were also major challenge.

How many organisations supported in this study?

What was the methodology?

The overall study design was multi-stage, stratified, random cluster sampling technique. A multi-stage sampling was adopted (district, taluka, village, individual) in each state and each selected state constituted the sampling frame. Women aged 18 years and above were the unit of the analysis. The study was conducted across 5 regions, 29 states and 5 Union Territories (except Daman & Diu, and Lakshdweep) during the period of year 2017-18. The district was the primary unit of the study. Out of 727 districts, 465 districts (63.96%) were covered under this study. The study sample broadly divided based on two categories. First is Age (below 18 years and above 18 years) and second is Variables. Total 74,095 women were interviewed. Out of which 43,255 women above 18 years and 7,675 girls below 18 years were the Units of Analysis of three variables – Education, Employment and Health. Extensive training programmes were held for study coordinators and interviewers at national, regional and state and district level.

The idea of conducting this research involves analysis through an Indian perspective to actually have a coherent analysis resulting in effective analysis and thus drawing an action plan for desired outputs. The study also focused on strength area of women which can be channelised and achieved for desired goal of our Constitution. So, when we think about empowerment of woman, we have to understand it from the Indian perspective without delving with Western counterparts or so. The importance of this study can be measured as it not only helped the respondents but also to the investigator through which both of them came to know the picture of the status of women as a person as well as the society.

It is sure that the study will help social action groups, non-governmental organisations and government agencies to draw a plan of action for the empowerment of women.

The uniqueness of the study lies in the fact that the entire study has been conducted by women itself. From the concept of the study to planning, its execution, as well as report writing, has been carried out mostly by women. The data collection and interviews have been carried out by the local social action groups of that area, so no language barriers were faced during the data collection.

Have you submitted the report to the concerned departments of the Central government?

Yes, we have submitted it to the Ministry of Tribal Affairs, Ministry of Women and Child Welfare and the National Commission for Women. We hope the study would cause a meaningful shift the government policies. 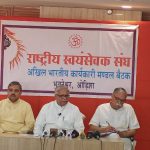