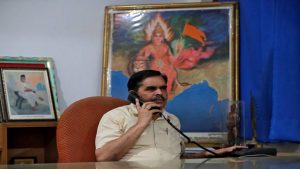 New Delhi. Swadeshi Jagran Manch (SJM) said that United States is asking for drugs amid the coronavirus crisis only because India took a stand in 1995 against the WTO mandate issued to member countries for a pro-business/ company regime.

Ashwani Mahajan, co-convenor of SJM, told News 18, “In 1995, the World Trade Organization (WTO) mandated the member countries to change patent laws which gave more advantage to the companies. India has a pro-people patent regime, allowing production of generic drugs along with compulsory licensing with reasonable fees.” “The US is asking for drugs only because we did not bow down to their pressure to amend our patent regime as per their wishes.”

On Tuesday, India decided to relax the complete ban placed on its export on drugs. It decided to export hydroxychloroquine as well as paracetamol on a case-by-case basis, after making sure that it has enough for its own domestic needs. The move came after a flood of requests for the anti-malarial drug by United States and its President Donald Trump hinting at “retaliation”.

He added, “We should get all support from all over the world to produce drugs for the virus and for the humanity at large. We produce the cheapest drugs and provide them throughout the world. This is also a way of showing to the international community how good our patent laws are.”

In the post coronavirus world, it should help India produce more and more life saving drugs, by further relaxation in patents for the sake of humanity, he said, adding, “The drugs prices in America are sometimes 100 times more than that in India.”

Mahajan noted that India amended its Patent Act 1970, however, it has “sufficient safeguards and provisions to produce cheap generic drugs, allows compulsory licensing and disallows evergreening of patents and also disallows patent on seeds, plants and lives.”

A good and pro-people patent regime is that is not in favour of the companies but promotes the welfare of people. “We should think of humanity not businesses,” he said.

“This has proved that India can meet the drug requirements all over the world. We need international support also in the form of relaxation on patents to help us produce different types of cheapest drugs in the world,” Mahajan said. 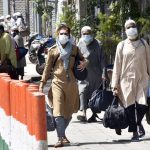