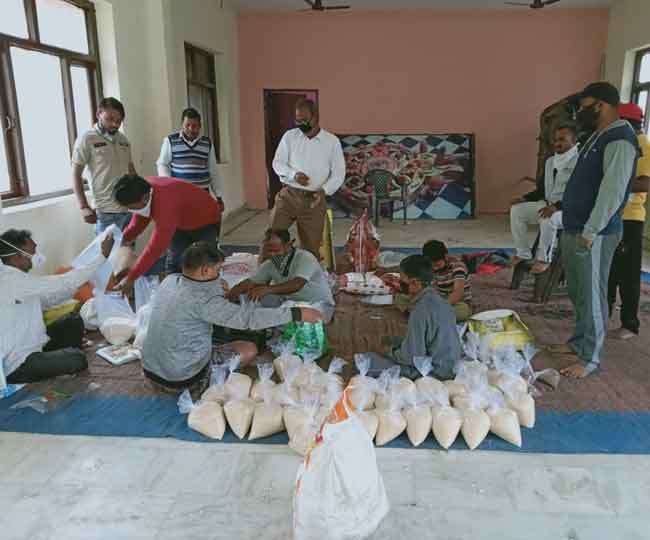 Rashtriya Swayamsevak Sangh is working with this feeling for last 95 years. Vijaya Dashami is Sangh Foundation Day. The Navratri and the Vijayadashami are of great importance in the worship of Shakti and Shakti awakening in our tradition. This is small attempt to present efforts which were taken for Shakti awakening in field of National progress. Always efficient in emergencies –

Rashtriya Swayamsevak Sangh founder Dr. Hedgewar had set example from his life that help should be given in time of emergencies, offer all type of help and even offer life for cause. So it is well known that during time of emergencies Sangh Swayamsevak will surely help. Though newspapers, TV and media did not cover it, common people knew that Sangh is there.

In 1966, there was a severe drought in Bihar. Thousands of volunteers were busy distributing daily necessities. At that time, 21,000 families were given goods and clothes. At that time, Jaiprakash Narayan had come. Then he realized that Hindus and Muslims do not discriminate by volunteers. Those who need help go in rural, mountainous areas were founded and delivered materials. The volunteers go with their own money. Inaugurating a center, Jayaprakash Narayan said, “No one can match the selfless service of the Sangh’s volunteers. At that time, food was distributed to 18,000 families by walking to 700 villages.

The people of Maharashtra cannot forget the drought of 1972. At that time only 4 inches of rain fell. Agriculture is not ripe. The water source is blocked. People, animals have nothing to eat, no water to drink, even the government had to import grain from abroad. In that situation, the team worked through the ‘Maharashtra Drought Relief Committee’. Volunteers provided drinking water tankers, water tanks, fodder, clothing and other necessities. The grim reality of rural life was exposed through this. Also apathy of society and the negligible activity of the government was exposed. Even after that, in 1973, Ra. Late. Sangh Janakalyan Samiti was established.

Two planes collided on November 12, 1996 in the village of Charkhi Dadri in Haryana. The international community, various nations are paying special attention to this incident. Most of the 312 dead were Muslims. Removing the corpse from the pile, attaching the pieces of the dead body and transporting it through the coffin. Bhiwani’s team of volunteers rushed to perform all the difficult tasks like cremating the dead, reassuring the relatives who came to identify the bodies, providing clothes for the shroud, helping in government work. We can only imagine how disgusting that scene would be.

Most of the time train accidents happen at night near small villages. It is not possible to get there. Since the village is small, there is a problem of vehicles, equipment, roads. At such times, the team volunteers make all the arrangements in a well-planned manner. Provides support, comforts. They create a vision of humanity that will be remembered for a lifetime. The victims found in such cases cannot forget the intimacy of the volunteers. Last year, the Kolhapur Express near Wangani was stuck in heavy rains. This experience came at that time.

The Ahmedabad-Howrah Express crashed near Champa in Chhattisgarh. At that time, 136 civilians were killed and 300 injured. Five coaches near the engine had fallen into the river. The volunteers evacuated the passengers, treated the injured, changed the clothes of the bloodied civilians and rushed the critically injured to the hospital in Vilaspur. There were 550 volunteers working day and night.

In September 1993 earthquake in Latur and Dharashiv completely destroyed 113 villages. It started raining and it became very difficult to get out the living / dead people trapped under the pile. Volunteers from Latur reached the spot within hours. The quake killed at least 15,000 people. The quake had disrupted roads. Only volunteers were able to help patients. Relief work begins there for several months. 1500 citizens were undergoing treatment at Latur-Dharashiv hospital. For this, 80 doctors provided services. Arranged accommodation for the patient for three weeks.

They treated 8,000 people at 7 centers and 15 hospitals in the city. We can imagine how difficult it will be to plan all this. Trained soldiers and volunteers were working to get the bodies out of the heap. At that time, the team had used funds of Rs 5.12 crore from home and abroad. 3,000 volunteers from Latur Dharashiv and 5,000 from other districts were active in the disaster relief from week to month.

Numerous houses in Sangli-Kolhapur were flooded in August 2019 due to floods on Panchganga and Krishna rivers. At that time, Sangh Swayamsevaks supplied essential items for a month through Janakalyan Samiti. Thousands of citizens were evacuated from the flood and accommodation and meals were arranged at their center. Storms and hurricanes have hit the coastal state many times. Many states like Orissa, Bengal, Andhra Pradesh, Tamil Nadu, Kerala and Konkan are in crisis. Storms and high tides devastate villages. Disasters such as loss of life of fishermen and damage to boats are rampant.

A typhoon off the coast of Andhra Pradesh in 1977 killed 20,000 people. One lakh citizens were made homeless. Volunteers arrived at the crash site the next morning. In some places, even after two or three days, the government machinery had not yet arrived. Swayamsevaks performed difficult tasks like disposing of bodies and cremation in such places. Distributed lakhs of chapaties, ran free food distribution centers. When Indira Gandhi former Prime Minister visited the area, she saw Sangh Swayamsevaks serving everywhere. It was also mentioned in the Congress meeting. Seeing the rehabilitation work in this area, Sarvodaya leader Prabhakarrao described the RSS as Ready for Selfless Service.

The eruption of Morvi Dam in Gujarat was the worst incident in history. Volunteers from Rajkot rushed to the spot and set up relief centers at 10 places. At that time, 14,000 citizens were helped. The fast of Ramadan begins. Volunteers made all the necessary arrangements for Rosa at the relief center in Rajkot. Many Muslims at the time expressed the feeling that we would not have survived if the Sangh had not been volunteered.

D. A. V school at Dabwali in Haryana Province caught fire in the  School Reunion Tent. There were 450 students and teachers in the tent. Local city administrator Ashok Vadra rescued 15 children. He did not even realize that he was wrapped in fire. He died in it. A similar incident took place in the state of Kerala in 2018 on the occasion of Mahapura. Some volunteers sacrificed their lives for the cause.

The role of Sangh swayamsevaks has been remembered by local citizens, national leaders and the international community for many occasions such as the earthquake in North Kashi in 1991, several villages in the Assam riots of 1983 and the Bhopal gas tragedy in 1984. 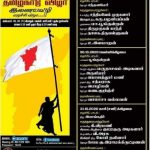