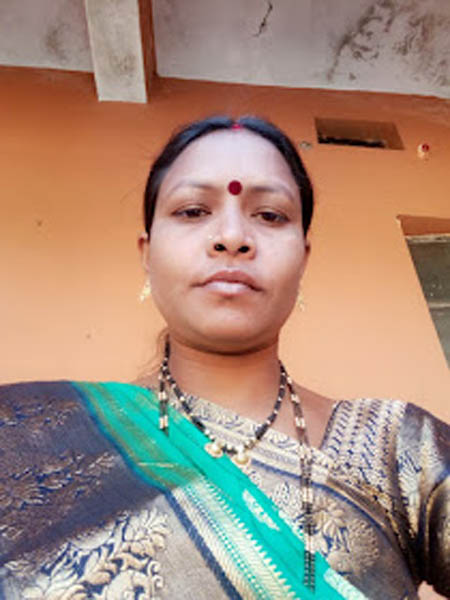 Coming from a tribal, socially committed family, Jaswanda started working at Kalyan Ashram even before her marriage. Jaswanda Amaruji Tekam is originally native of Kantgatola near Gadchiroli. her eyes always had a glint that showed a wish to something different and better.

When this girl, already living in Naxal affected area, came to Kalyan Ashram, she got acquainted with various Sangh Pracharaks and workers. She was determined to work full-time for the Kalyan Ashram after seeing their dedication towards the nation and ardent lives.

Cooperating each other according to occasion, living in harmony and participating in happiness were engraved on her mind from her childhood and as soon as she came in contact with Vanvasi Kalyan Ashram, her life changed for better.

Jaswanda started working through the Bal Sanskar Kendra. Kalyan Ashram has an important project running in many villages to educate tribal children in remote areas. Jaswanda has received many awards such as Prayas, Sevankur and Maharshi Karve Stri Shikshan Sanstha, taking into consideration her travel to many villages for this work and the children who are being shaped through these classes. It is an honour for a full-time activist to receive such an award.

By tying the knot with Pandhari Dararo, who was already a worker of the Kalyan Ashram, Jaswanda cemented her involvement in social work with her companion.

The noteworthy thing here is that both of them started working from the third day of marriage. Of course, the loving nature of keeping everyone together and the support of the family proved complementary to the work.

After marriage, Jaswanda completed her B.A. in sociology from Open University. She has two children. When the children were very young, Jaswanda deftly managed all tasks like taking care of them, working, traveling, taking care of all the relatives and in-laws on occasion, and participating in their happiness and sorrows. She had to face a very odd incident during the course of the passionate work.

When her son Harshal was six months old, Jaswanda went to Kakargata village to meet Sevikas along with Pohri Mattami, an another worker, for the work of Bal Sanskar kendra. Meetings with Sevikas took place without much difficulty, but it was a little late while returning. There was no vehicle available. The concern for baby was growing. Amidst this, there came a private vehicle. After some distance, the driver started harassing them repeatedly with unwanted questions and strange looks. While he was trying to touch, the fierce lady in Jaswanda came to fore. She stopped the car using her force and managed to free both of them. Being strong and tough on occasions, she has created many tribal workers. She went to village by village and informed about the work of Vanvasi Kalyan Ashram. She won over the women of the villages.

A girl who came to work in Kalyan Ashram at the age of 16 with the intention of conducting Bal Sanskar Varg has today become the Mahila Karya Pramukh of Vidarbha prant due to her achievements. She goes to Naxal-hit villages (Gadchiroli district) along with entire Vidarbha. She is actively involved in many activities of the Kalyan Ashram such as engaging the young women in her work, conducting various camps, organizing meetings, running self-help groups, youth awareness camps and introduction classes. We have hostels in three places namely Kurkheda, Aheri and Bhamragarh. She is also trying to teach the children of Naxal-affected areas in her hostel, to inculcate school culture in them, and to make those children learn and grow up. She is accompanied by an army of workers. Jaswanda bravely goes ahead overcoming various difficulties encountered in this work and her travel…

The flowers that bloom in hilly forest are always fresh, refreshing, pleasing to the mind, charming, smiling and lifts our spirits. Also, this forest flower named Jaswanda is a good example of how the determination, the spirit of patriotism in the heart, the struggle to do something good and the strong support of her husband can stand out in the surroundings of Kalyan Ashram. 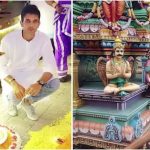