In an earlier story, we had mentioned that CPM had raised sharp criticism towards the Welcome Song staged during the curtain raiser of the 61st All Kerala School Youth Festival. Because, the visual included the scene of a Bharatiya soldier catching hold of a gun-wielding terrorist in Kashmir and the terrorist’s attire was akin to that of a Muslim. The scene was to reminisce the valiant action of Capt. P.V. Vikram who attained martyrdom in the Kargil War of 1999. The towel the terrorist wore as the headgear was interpreted as keffiyeh, part of the Arab dress. In fact, the towel had nothing to do with any religion. Gun and towel are not symbols of any religion. The song included some lines saying about the collage of sounds of konch, adhan and church bells, obviously marking the religious harmony. When the song was played during the inaugural ceremony, the entire audience and the guests had greeted it with great applause. The lyricist P.K. Gopi and the director Kanakadas, the director of Matha Perambra Kalakendra, were presented mementos as a gratitude, for the great work, by the organisers. But, the criticism and controversy were fabricated after the culmination of the Festival. It came close on the heels of the attack unleashed against Pazhayidom Mohanan Nambootiri who has been running the kitchen for the Youth Festivals for the last 16 years. He was blamed for the ‘pure vegetarian’ food he served hence the ‘Brahmanical Hegemony” he brought. It led to his categorical statement that he would never come back to the Youth Festival kitchen. Meanwhile education minister declared that next year onwards, Youth Festival canteen would serve non-veg food to those who wanted it.

Mohammed Riyas, ministerial colleague as well as son-in-law of Pinarayi Vijayan, CPM supremo and the chief minister of the state, demanded an enquiry into the issue of welcome song. He says, there are deliberate attempts to portray a particular community as extremists. Now, V. Sivankutty, Education Minister as well as CPM leader, has declared an enquiry into the matter.

This is the latest example of “tight competition” between CPM-led ruling Left Democratic Front (LDF) and the Congress-led opposition United Democratic Front (UDF) for bagging minority vote bank. Leaders of CPM, Congress and Indian Union Muslim League, coalition partner of UDF, and various Muslim bodies criticised the song. They all see ‘Islamophobia’ in it. In another words, hereafter no one should say or write or act in a drama or ballet against terrorists! Because, the religion of the terrorist is of paramount significance!!!

Matha Perambara has been having a rich experience in the realm of theatre and visual stage programmes. It is a registered body since 2006. They have staged several programmes within the state, within the whole country and also abroad. Recently, they staged a visual musical programme in connection with the Malappuram district conference of CPM. They staged another programme for the valedictory function of the same conference. The diamond jubilee of the formation of the state of Kerala was another programme in their credit. It was watched by Pinarayi Vijayan, his ministerial colleagues and MLAs. Matha presented a programme for the Southern Zonal Council participated by Home Minister Amit Shah and CMs of the Dakshin Bharat States. Government of Kerala assigned Matha to stage programmes for Government ceremonies like reception to the Vietnamese Ambassador, Golden Jubilee of Kerala Legislature Assembly and reception for Rashtrapati Ramnath Kovind are some among them. Matha has staged several programmes as per assignments from Governments led by both LDF and UDF. Matha has represented Kerala state five times in India International Trade Fair at Delhi.

Once again, Kerala witnesses blatant minority appeasement even at the cost of nationalism. At last Youth Festival looks like turning Hate Festival. 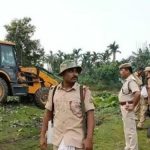 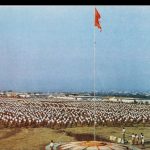