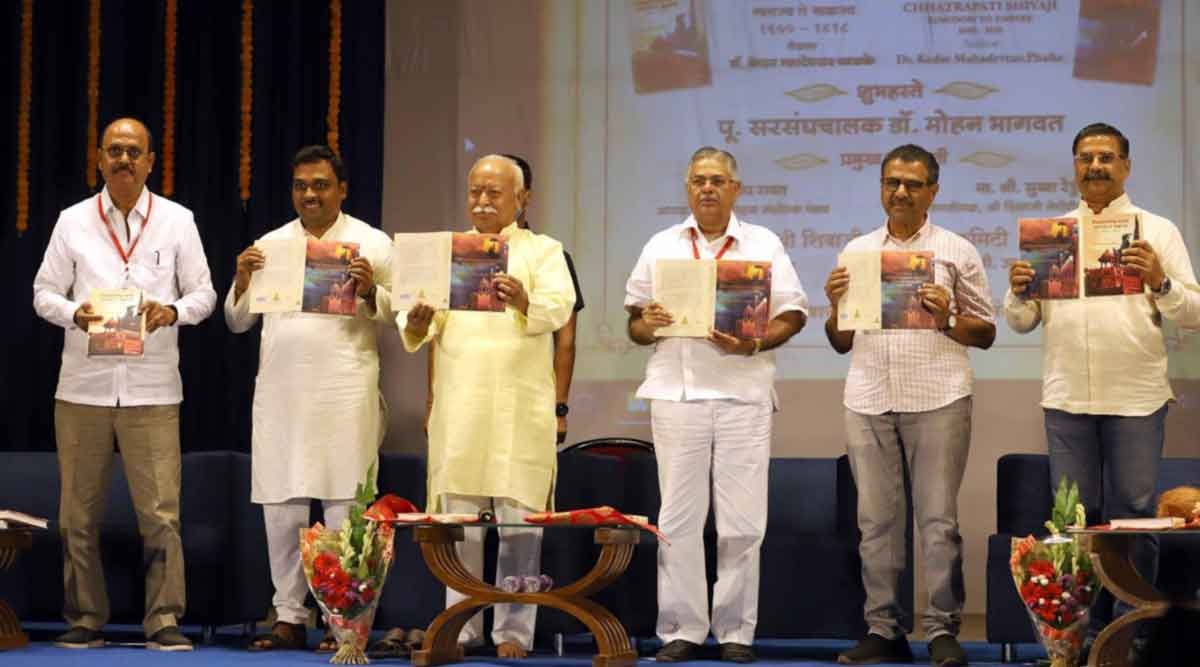 Pune. In terms of warfare, in terms of social practices or in terms of governance, Chhatrapati Shivaji Maharaj is a universal ideal not only for the Hindus but also for all Bharatiyas, said RSS Sarsanghchalak Dr. Mohan Bhagwat Ji on Monday (27 June) in Pune.

Sarsanghchalak Ji said that the life of Chhatrapati Shivaji Maharaj is worth following not only in terms of a warrior and leader but also as a person. He symbolises the winning instinct of our nation. It took 200-300 years for various kings in India to understand the nature of Islamic aggression. The Islam that spread out of Arab desert was more political in its nature. Likewise, the Christianity that ventured out of Rome was less spiritual in its nature. This was not a religious or political aggression but purely a barbaric onslaught. It was not that these aggressions were not thwarted and there were attempts to retaliate them. However, the most successful and lasting experiment among them was that of Chhatrapati Shivaji Maharaj. He never intended to establish a kingdom for his own.

Chhatrapati Shivaji Maharaj instilled a sense of organisation in the people and the organised power of the society always triumphs. He induced a devotion towards the aim among the people. When such a devotion is there then we curtail our vices. The war that went on then continues even today. The war between demons and humans, the Asurs and Gods is on even now. The centre of that war will be India only because no other nation has strength to match it. This is why the ideal of Chhatrapati Shivaji Maharaj is universal.

The author of the book Kedar Phalke said that Chhatrapati Shivaji Maharaj gave the first jolt to the thought that the aggressors Moguls were undefeatable and none could stop them. He ignited the spirit of nation in the Marathas. It enabled Marathas to end the misconception that losing a battle meant losing a war.

Uday Khardekar said that the idea behind Shri Shivaji Memorial Committee of Shri Shailam was that of Late Moropant Pingaleji. We are trying to fulfil the dream that he had seen.